I once said that the greatest threat to our democracy was our freedom of expression. Many saw this as paradoxically ironical. But as the election fever heats up, and the political clock tick tocks its way to that day, it is becoming increasingly apparent that there is some substance to this notion. There is no question that freedom of speech is a fundamental pillar for every society. According to the United Nations, Universal Declaration of Human Rights “Everyone has the right to freedom of opinion and expression; this right includes freedom to hold opinions without interference and to seek, receive and impart information and ideas through any media and regardless of frontiers.” The right to free speech is primarily there to insulate society against abuses and violations.  The problem with today’s world is that everyone believes they have the right to express their opinion, and have others listen to it. Nevertheless, “freedom of speech is a pillar of a free government; when this is taken away, the constitution of a free society is dissolved, and tyranny is erected on its ruins” (Benjamin Franklin)

The emergence of social media; where everyone has either become a journalist, commentator, analyst, specialist, professor or an expert in everything and anything has forced necessary changes. It goes without saying that the social media is now littered and in most cases, constipated with “information”. It should have been about service to our communities, but has led to Social Media Journalism, and Fake News as its staple food.  The credibility factor is at a high premium. We now have so much information that we seem to have lost common sense.

In my past article, I warned that gossip, rumour, controversies, lies, blackmail, character assassinations and many more will become the palm oil with which our politics will be eaten. Social media was envisaged to be a positive communication link and meant to bring power back to the people. Sadly today, it has become a veritable battleground where insults fly and lives are damaged by cowards hiding behind computers.

Next year’s general elections in Sierra Leone will be predominantly fought by three and a half parties; if you include Alliance Democratic Party (ADP). Already, the parties are in overdrive on social media. One thing that sticks to mind is the amount of lies, gossip, abuse and controversies that are churned up on a daily basis. Unlike previous elections, the defection of political aspirants and loyal supporters is now the new currency on social media. I couldn’t help but laugh when I saw a clip on Whatsapp; showing supporters of SLPP, conveniently dressed in the usual green attire. They were purportedly attending an APC gathering, only to re-emerge like chameleons, in brightly coloured red APC regalia. . These “supporters” were granted their own few minutes of fame as they spewed out their reasons for defecting from SLPP to APC. I had hardly had time to catch my breath before I received another clip. This time it was the reverse as APC supporters switched their allegiance to SLPP, with an equal dose of negativity for “defecting”. You don’t need to be an Einstein to see through the choreography. The performance deserved an Oscar, although there are better ways to insult the intelligence of the electorate. The information we get from social media should not be a substitute for academic discipline. 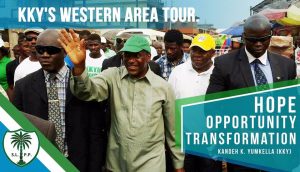 The APC and NGC have been at it as well. Both parties have been accusing each other of lying about the Bandasoka Hydro project in Portloko. While his supporters insist that Yumkella, as Director General of UNIDO was instrumental in bringing the project to Portloko, his opponents in the APC have accused him of lying, and that the project was a gift from the Chinese government. Both parties have gone to lengths to disprove each other. Some of us are still waiting for the proofs. These are just some of the underhand politics that seems to pervade our political canvass at the moment. Truth, like in any war has become the first casualty here.

It’s obvious that everyone is entitled to their opinion about the things they read, watch, listen to, or whatever; and they’re also entitled to express them online. We may not agree with what people may say, but we should be ready to defend to death, their right to say it. (Voltaire) If liberty means anything at all, it means the right to tell people what they do not want to hear.” Some people’s idea of a free speech is that they are free to say what they like, but sometimes if anyone says anything back, that is an outrage. However, freedom of speech does not protect one from the consequences of saying stupid things. Ask Pastor Ajisafe; sorry the IG had warned us not to mention him again.

So with the public clearly targeted as a cesspool for misinformation and politicking, is it not time for Sierra Leone to conduct televised debates among the Presidential candidates? Many would see this as a foreign idea from the West and that it would not serve its purpose. Others may wonder whether there is any point in public debate; especially in a society where hardly anyone has been taught how to think, while millions have been taught what to think?” But one of the smartest ways to keep people passive and obedient is to strictly promote the spectrum of acceptable opinion, but limit a lively debate within that spectrum. 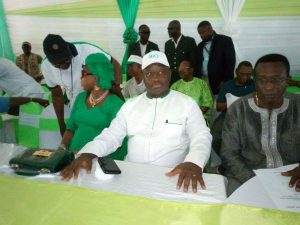 In days gone by, we had only one television station SLBS TV. Not only was the service intermittent, but its coverage never went past the perimeter of New England Ville. It may have been pointless then. But we now have SLBC TV, AYV radio and TV, social media and many other forms of communication today; including “Poda Poda talk”.  We have a better and wider coverage in the country. It is coloured for that matter. Some would argue that the manifestos of the respective political parties are already doing that; and that they provide an insight into the parties’. But no one bothers to read the political manifestos because they are not worth the paper they are written on. At best, they are good for wrapping “braid en akara”.

We know that voters don’t decide issues; they decide who decides issues. It becomes imperative then that voters are well informed; to ensure informed decisions.  It will be disingenuous to conclude that a debate will solve all our anxieties or make our decisions based on a series of broadcasts. But it may give voters an up close glimpse of the people they are about to make custodians of their future. Some may argue that the best argument against democracy is a five-minute conversation with the average voter. But “democracy cannot succeed unless those who express their choice are prepared to choose wisely. The real safeguard of democracy, therefore, is education.” (Franklin Roosevelt). We should remember that the ignorance of even  one voter could impair security for all.

Freedom is hammered out on the anvil of discussion, dissent, and debate. Sometimes, it is better to debate a question without settling it than to settle a question without debating it. The power of real debates can be found in the language and intellectual honesty of the debaters, alongside the engagement of voters. The hope is that truth will be the aim, not victory, or an unjust interest.

Democracy works best when the electorate is engaged and informed. A debate of such nature should be viewed as a conversation, a place where the intelligence and local knowledge of the electorate sums together to arrive at actions that reflect the participation of the largest possible number of people. If voting is a democratic right, it stands to reason that being adequately informed should be a democratic duty; because a misinformed electorate, voting without knowledge, is not a true democracy. In the truest sense of the word, democracy means government by discussion; and we should therefore not allow the deforestation of the mind of the voting public. 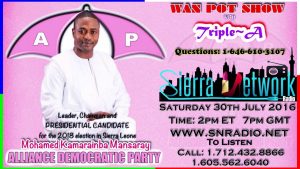 Throughout history, conflicting views and contrasting ideas have been the essence of all great debates; and there can be nothing wrong with intellectual differences flowing from freedom of thought, as long as such differences remain confined to intellectual debates. Many people are of the opinion that such debates put the   incumbents at a disadvantage; because all the ills of society, ranging from the economy, unemployment and right down to the weather are blamed on the incumbent. But if the latter had done well during their reign, it would give them the opportunity to blow their own trumpets; provided they have any. One thing is certain though, one party will always devote its chief energies to trying to prove that the other party is unfit to rule. The electorate, who can turn to television for the creative clash of ideas on matters that touch their lives, will subsequently be the winner here.

It may not be enough, but it could be a start. In this age of technology and social media, where lies and political lechery have become the currency, it would be foolish to dismiss its power and impact. Modern society is very rich in information but bankrupt in wisdom.  A debate among our presidential aspirants is long overdue; some will say.  With that in mind, is it time for Sierra Leone to conduct a series of televised political debates for our presidential candidate