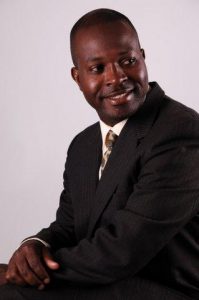 Real economic recession is defined as a decline in Gross Domestic product (GDP).The economic health of a nation depends on the growth of the GDP, the rate of inflation and the unemployment index of its population. Could the recent austerity measures by the government of Sierra Leone (GOSL) be a wakeup call that our economy is tanking?

The move to slash spending across the board and freezing all government projects are temporal measures that could do too little to salvage our donor driven economy. An expected savings of Le 309 billion ($69 million) is a first step. But Inflation and the stabilization of the depreciating Leones needs monetary and fiscal approach.

The pattern of tax increases from consumer goods to energy consumption are punitive on a low income nation and citizens whose purchasing power are meager and unstable. Such revenue generation would not bring the needed revenues to support government operations or paying for domestic social services such as education, Health and Infrastructure.

Corruption and poor financial management are the conduit to our present economic conditions. Sierra Leone has experienced massive waste and reckless spending of capital and recurrent budgets/resources to the extent that it will take another 25 years to dig ourselves out of the rubbles of external debt( $1.2 billion) and $500 million of domestic debt.

Where is our revenue generation? The economy, since the Ebola outbreak, has contracted to 22% with falling iron ore prices, low exporting of Diamonds and other commodities. The economy of China has cool off and the Government of Sierra Leone is struggling with these dwindling revenues.

Inflation is another indicator of a recession. According to the World Bank report, Inflation hovers around 8.77% as of March 2016.This is where our citizenry is feeling the brunt of the pain. Business people who buy goods from foreign markets see their profit evaporating due to inflation and the free falling Leone against the dollar – one dollar is equivalent to Le 7,200 from Le 5,500.

How do we create a sound economy that will lift us from the bondages of recession and depreciation:

d)Debt reduction and elimination are strategic economic approaches that can ease the burden on our economy and free up funds that could be used for other social service programs. By building an excellent credit rating status, Sierra Leone can eventually abandon the “concessionary loan policy” that is hurting the economy.

The governance of our economy is not a propaganda machinery. It is base on solid principles of focus planning and stronger layers of transparency. It is about conforming to the behaviors of social realism as oppose to speculative economic thinking. We must spend less and generate more revenues as national savings.

A sound economy will never grow on the backs of corrupt public servants who are scavengers of donor funds and World Bank loans. If we are serious about growing our economy and building resistance to recession, we must protect the people’s money. That is what we describe in the National Democratic Alliance (NDA ) as: ” economic good governance powered by the nation first ideology.”