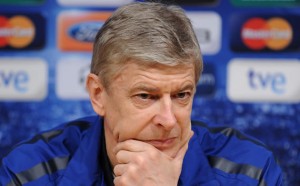 From the north of the Limpopo, right down to the south of the Sahara, pre-colonial empires have risen and fallen.  There was the Songhai, the Mutapa, Ghana, Mali and right down to the Mamana Empire. There was the Sokoto, the Kaabu and Asante empires, and like all before and after them rose and fell with equal glamour and rich historical dividends. Like these empires, the Arsene Empire has seen its heydays and now stands on the brink of collapse? When Arsene Wenger took over as manager of Arsenal football Club in 1996, little was known about him before he was recruited from the Japanese club Nagoya Grampus Eight. He had had an unsuccessful stint as manager at AS Nancy-Lorraine, where he was dismissed before winning the league championship and Coupe de France with AS Monaco. So it was not surprising that when he took over at Arsenal in 1996, fans needed the most sophisticated football sat nav to find their way to his football origins of any sort. There was a press cliché “Arsene who?” whenever his name was mentioned in the higher echelons of English Football circles; and this was especially so when you consider that Johan Cruyff had been installed by the book makers as a dead cert to take over from Bruce Rioch.

He became the first manager born outside of Britain to win the league and cup double. Those early years were a marked departure from the George Graham days, when “one nil to the Arsenal” was the mantra of Arsenal fans. Least to say that although Arsenal played effective football then, the conventional wisdom was that the brand of football was “boring” and agricultural to the bare bones. The team’s forte was an impregnable defence. So the introduction of Arsene was not only a breath of fresh air, but was also received as a master stroke by David Dein, for achieving consistency with minimal resources. The reign of Arsene Wenger has seen the fans treated to a brand of football that even rival fans would only dream of.

“One touch football” became the staple diet of Arsenal fans. The style was so mesmerising that even arch rival fans from Tottenham could not help but admire, as Arsenal became every fan’s second favourite team. The team did not only play with the best admirable style but even saw them go through a whole season undefeated; earning them the nickname “invincible”. With a Masters Degree in economics, it is not surprising that he achieved such feats on shoe string budgets, and was renowned for transforming unknown players, like Patrick Viera, Thierry Henry and Fabregas to world class household names. His astute knowledge in the transfer market contributed immensely in the realisation of the new Emirates Stadium. But that was then. It is now an open secret that Arsenal has been enjoying an unenviable record that has seen them going through a fallow period, that is fast becoming a barren trophy less era.

But those golden days are gone and while new kids like Chelsea and Manchester have joined the high table with roubles and petro dollars respectively, Arsenal FC has stood still, hoping to withstand the test of times. Even the staunchest of fans are now waking up to the idea that the club is fast becoming a spent force. The board has continued to trumpet the club’s ability to flex its financial muscle in the transfer market; with a reported £57 million from the sales of Fabregas and Nasri. The fans have cried themselves hoarse for not only new signings but proven stars to bolster the team for the past 5 years; since the dismantling of the “invincible team”. While Manchester City, Chelsea and more recently arch rivals Tottenham have been foraging the transfer markets with household names, Arsenal has been haemorrhaged by the departures of stars like Fabregas and Sami Nasri most recently. He has also seen seasoned players leave for free in the past, making Arsenal look like a feeder club for the jaws of the likes of Barcelona and Real Madrid.

While the board has been trumpeting the notion that there is enough money to compete in the credit crunch resistant market, Arsene has been made to look like a stubborn manager who will not budge from his ideals; making him increasingly delusional in the eyes of his once adorable fans. The banner “In Arsene we trust” is becoming less visible in the stands at the Emirates Stadium as fans become increasingly constipated with his apparent obstinacy. The barren period that has seen the team go without trophies has seen a lot of fans boo the team and even call for Wenger’s dismissal. As one of the flag bearers of the Premier League in the 16 of the Champions League, the mauling at the hands of AC Milan last week was, to say the least a traumatic experience that may require some intervention from the hypnotists.

There is no doubt that the team has been hampered by injuries this season, but unlike Manchester United which has had its fair share of injuries, it is the subs bench that exposes Arsenal’s lack of depth in personnel. The question many fans of the beautiful game are asking is “where did it all go wrong” for Arsene and Arsenal? His lack of big name signings will no doubt feature in the debate. Equally, his scouting set up has been questioned as fans still wait for the next Fabregas from the pipeline. If Arsene was wondering how Sir Alex has survived for 25 years at Manchester United? a simple comparison will reveal that Ferguson has learnt “to re-invent” the team with the ruthlessness of a chainsaw. He has always mixed experience with youthfulness, as Ryan Giggs and Danny Wellbeck have symbolised. He has made multi-million pound signings in people like Rooney and Ronaldo, although stars like Sebastian Veron have been the odd miscalculation.

While Ferguson has nurtured and blended youth and experience, Wenger has been busy cradle- snatching from lower leagues; with emphasis on “potential”.  With Manchester United, players over 30 years have been given reasonably long and rolling contracts while Wenger had refused to do so; a policy that has seen the likes of Emmanuel Petit, Viera, Llunberg and many more leave without adequate replacements. It was therefore not surprising that Fabregas and Nasir jumped ship last year, as they saw what appeared to be a lack of ambition in the team. The writing on the wall became more vivid when Arsenal, instead of signing players outright was entering into negotiations for loan signings this year. That was seen as a new low by many fans.

Instead of the perennial desire to win trophies, Arsenal’s ambition was spectacularly reduced to finishing in the top four; as a major target. In the days when the league title was the cornerstone of Arsenal’s ambitions, the Champions League trophy was naturally seen as the next stage for Arsenal. The FA and League Cup competitions were used to blood its emerging fledglings.These cups have now become distant pipedreams as Sunderland FC put paid to their last hope and attempt at any silverware this season. The second leg for the Champions League match with AC Milan is now a dead rubber.

There is no doubt that the Arsenal fans are suffering and most have just had  the shoe on the other foot; realising the trauma Tottenham fans have been feeling. It is still a long way to go yet in the Premier League, but nothing will hurt the fans more than to see their tribal rivals finish ahead of them come May. Many Arsenal fans have been forced to think of the unthinkable; that Arsenal has not only lost its fear factor, but that Arsene Wenger has realised the law of diminishing returns; and that he has taken Arsenal as far as he could. Some have even gone as far as to call for his sacking; something adoring Arsenal fans never imagined will come to this. The only way teams could beat Arsenal in the past was via bully tactics, but Swansea City showed that Arsenal can be beaten at their own game; the passing game. This may have been the watershed moment that showed that in spite of their penchant for the “beautiful game”, teams can beat them at their own style.

There is no hiding from the fact that the club and the team is facing one of the biggest periods of crisis. The team is trapped in a crisis of confidence and with crisis comes the rumour mill.  Following the elimination from the FA Cup, rumour has it that the club “will scrap their wage cap in a bid to keep their best players and attract stellar signings” (Sunday Mirror). That may be a first step to recovery, not for this season though; but you wonder whether it is not too late to keep players like Van Persie from the clutches of petro dollar vampires. The obituaries and epitaphs for the Arsenal Empire have already been written. My sincere hope is that Arsenal will continue to treat us to the spectacle that even the green eyed rival fan cannot help but admire. A few tweaks here and there would be enough to bring back the old golden days; not the boring “one nil to the Arsenal” though. The fans can take courage from the fact that not all “stellar” signings can bring success as their neighbours Chelsea found out to their cost. This time last year, Chelsea splashed £75 million on Fernando Torres and David Luis. Up north at Liverpool a small amount of £35 million was spent on one tall guy. Needless to say that the jury is still out on these players. That is no comfort to the fans but one season or no season wonders like Chamack, Rosiscky and Arshavin is still little solace to the suffering fans.

Don’t forget to tip the kit man before you leave.