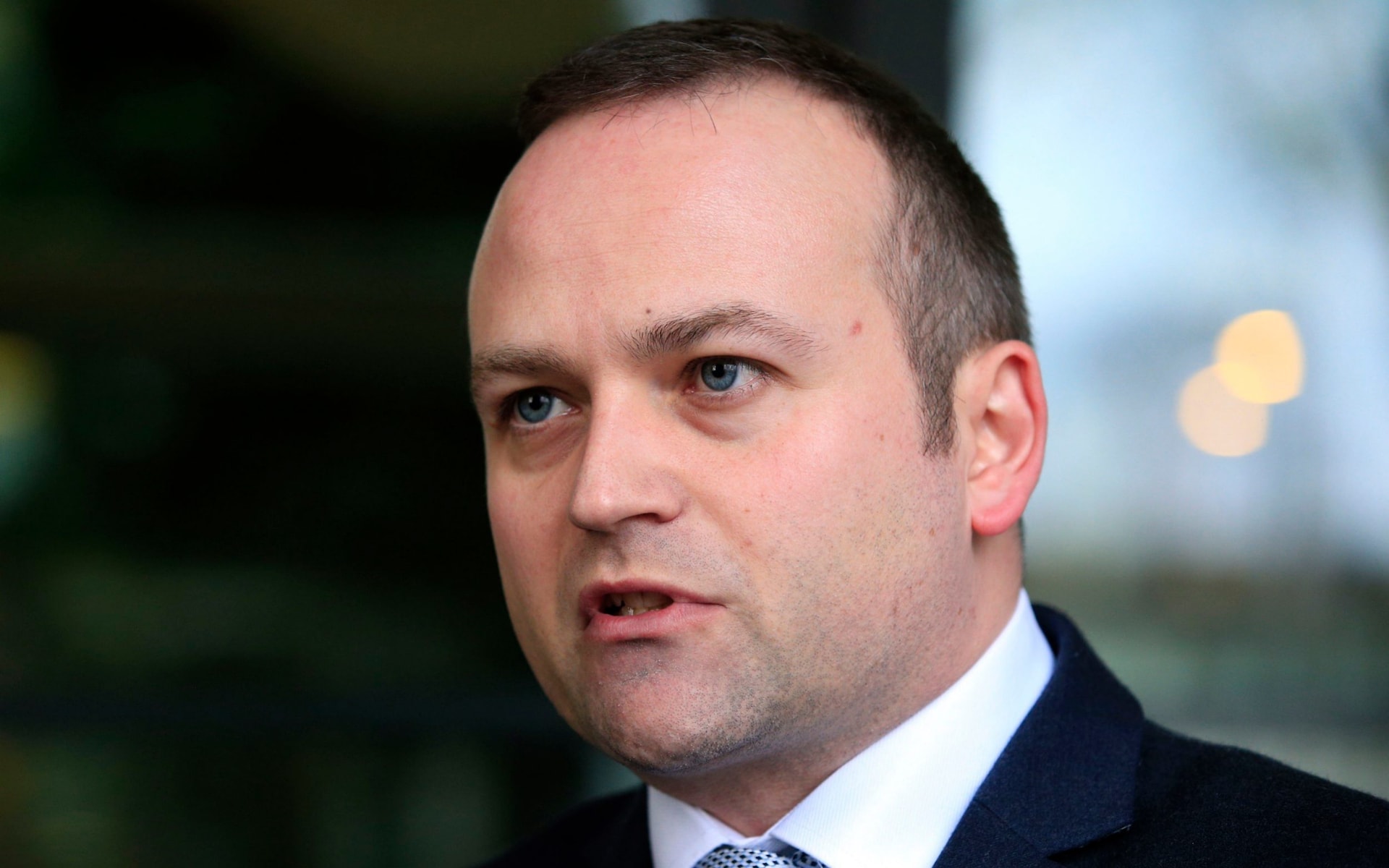 A recent video making the rounds on social media and especially Facebook has shown Neil Coyle, the Labour MP for Southwark, London. In the video, he is seen wearing a T-shirt emblazoned with “#SALONE LIVES MATTER”. In his video, Neil states that his constituency has a “strong, vibrant Sierra Leonean community”. MP Neil continued to echo the concerns of his constituents, about what is going on in Sierra Leone; that is the attacks and politically motivated attacks that is undermining the democracy in Sierra Leone. Neil promised to “continue to raise questions about what’s going on in Sierra Leone, and continue to press the UK government, to put more pressure on the sierra Leonean authorities to make sure that democracy is upheld, and that all Sierra Leone lives matter”. There can hardly be a more vociferous gesture in support of our embryonic democracy. Any well-meaning Sierra Leonean would heartily welcome such a bold and brilliant support any day. Unfortunately, Neil has reportedly come under some attack for his “philanthropic” attempt to ensure that our democracy remains unadulterated. Some have reportedly accused him of being paid to lend his support to the “suffering masses” in Bermondsey and Southwark areas of London. In spite of his well-meaning intentions, he now stands accused of acting as a paid voice in the cause of the struggle.

It is a common fact that when it comes to the rule of law in most African countries, it is the cuff from the political sphygmomanometer of the international communities that has been the biggest drivers of political change. We know that our African leaders have a propensity to be a law on to themselves and in most cases can fidget the laws of the land at a drop of the hat. So the Labour MP Neil Coyle’s intervention in this matter could not only be timely but necessary. Notwithstanding the fact that he is now facing accusations of being a paid voice, such conclusions have been described as preposterous. In the video, Neil promised to get his solicitors involved, if those making such accusations against him can supply their names and addresses. In that case, I hasten to submit that I do not subscribe to that accusation at all; and I am not on speaking terms with my solicitor. However, that should not stop some of us to ask some simple questions here.

Firstly, it is a given fact not all sitting governments have a 100% support from its electorates. As a multi-party state, it goes without saying that there will always be opposition; which if healthy could only be a good thing for any country. Sometimes, opposition makes good friends. With that said, it is an expectation that like any other country, government, or political party, there will be dissenting voices and opposition. One of the reasons why some people may have expressed alternative opinions about Mr Coyle’s concerns is that, he referenced the  concerns raised by his constituents; supposedly as the source for his concerns. It is not known at this point, whether Mr Coyle had other sources, or whether he had cross referenced the information or concerns that his constituents had expressed.

To all intents and purposes, many people would have expected Mr Coyle to add other sources to his concerns. Many would want to know if Mr Coyle had actually visited the country to get first-hand information for himself. Many would also assume that with the British government presence by way of its consulate in Sierra Leone, Mr Coyle would have garnered some information from that source to buttress the concerns of his constituents. For all we know, he may have but this is not mentioned in his video. What many people would have seen is Mr Coyle quoting the concerns of his constituents. No one is questioning the intentions of Mr Coyle. Like I mentioned earlier, any well-meaning Sierra Leonean would welcome such contributions to our democratic road map. But citing only the voices of his “concerned” constituents could open questions about the intent of those same voices. Others may even question this as a bipartisan effort, in spite of any credibility these concerns may carry.

But this is not an attempt to trash or ignore those concerns. No one is proclaiming that the current SLPP government is made up of muftis and saints. There is no doubt that the current government has been embroiled in situations where its dedication to democracy has been questioned. We are all too aware that during the run up to the elections, the President Maada Bio’s democratic DNA credentials were put under the spotlight. His role in the deaths of 29 people was a major election topic and a seeming Achilles heel for him. The government has been criticised for replacing members in some civil service positions.  Sierra Leone is notoriously known for its high position on the corruption Richter scale in Africa. Even when the government embarked on mounting a commission of enquiry to address and redress, in an attempt to tackle corruption, it has come in for serious criticisms and allegations of bipartisan politics. For God’s sake, even the Free Education programme, which is not without its teething problems has been criticised by some people.

It therefore stands to reason, that such concerns from Mr Coyle’s constituents don’t come as a surprise to some people. And for all we know, they have very good reasons to share those concerns. What many would have expected was for Mr Coyle to have carried out a rain check; so as to substantiate with figures, incidents etc. to add more meat to the bone. Some would say that the concern that has been echoed by Mr Coyle is the kind of concerns you could hear on a busy Saturday afternoon along Peckham High Street and even beyond. Sierra Leoneans would be heartened to know that Mr Coyle had further expressed his concerns in the British parliament recently. This is all well and good and would be very much appreciated. Expressing concerns is one thing. Substantiating them is another, and the sources quoted may attract some raised eyebrows.

There are those who have even accused Mr Coyle of seeking cheap popularity, in order to shore up his support among the Sierra Leonean community for election purposes. That could be a cheap accusation. Others have questioned where was Mr Coyle when similar accusations were levied against the erstwhile APC government; as if to say that by putting out the light in others, you brighten yours.  And in his defence, Mr Coyle could say that no one had brought that to his attention before; even though human right abuses are a signature mark for the majority of many African countries.

What makes the issue topical is the fact that during a reported recent raid by law enforcement officers in Mile 91 last week, someone lost their life. According to official sources, the raid was in response to the growing menace (pardon the pun) of cannabis in the area. There have been conflicting reports about what went down there. Sadly, a life was lost, and that was one life too many. Unfortunately many people, thanks to social media have given zillions of versions of what happened. The majority of these are arm chair reporters and commentators; like me. It is an open secret that some of our law enforcement officers can be trigger happy. Some of us can still recall the tragedy that befell youths when they protested in Kabala. We know how people have been corralled to stop or prevent them from protesting. We know how peaceful protests have ended up as violent clashes with law enforcement officers. This is an unacceptable behaviour by any standards. Unfortunately, not many people will be interested in finding out what really happened at Mile 91. The focus will be and rightly so, on the regrettable loss of life. Some may want to know if the officers shot in self-defence, while others would want to know whether it was an unprovoked response that led to the death. Some of us would like to know if the death was avoidable, preventable etc., or whether the situation could have been handled differently.

As meaningful Sierra Leoneans, I would like to think that I speak for many when I say that we welcome every little help to promote, maintain and sustain our democracy and its democratic principles. I am sure that the majority will support Mr Coyle’s effort to ““continue to raise questions about what’s going on in Sierra Leone, and continue to press the UK government, to put more pressure on the sierra Leonean authorities to make sure that democracy is upheld, and that all Sierra Leone lives matter”. Unfortunately, echoing concerns alone from constituents, whom many may have erroneously described as disgruntled opposition party loyalists may just dent the image of a good job undertaken. Keep up the good work Mr Coyle; for every little helps. Only the most naive of questions are truly serious, because every true genius is bound to be naive.