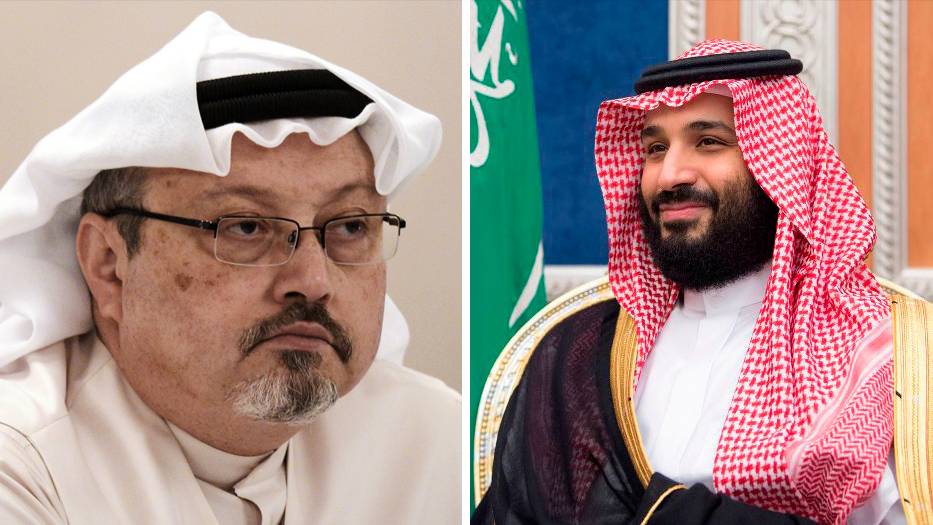 President Donald Trump warns the US would inflict “severe punishment” if Saudi Arabia was behind journalist Jamal Khashoggi’s disappearance. Missing Saudi journalist Jamal Khashoggi recorded audio on his Apple watch of the moments he was allegedly interrogated, tortured and then killed, according to reports. He has not been seen since he entered the Saudi consulate in Istanbul over a week ago after apparently giving his fiance his iPhone, which the watch was synced with. Turkish officials have said they believe a 15-member Saudi “assassination squad” killed Khashoggi there, whilst his Turkish fiance was waiting outside the Saudi embassy with his iPhone. President Donald Trump told CBS, “We’re going to get to the bottom of it.” But Trump said the US would be “punishing itself” if it cancelled military sales to Saudi Arabia over the disappearance of Khashoggi. He said such sales were a “tremendous order for our companies”, adding that if the kingdom stopped buying its weaponry from the US, it would buy it from Russia. The Saudi journalist, who has been critical of the kingdom’s Crown Prince Mohammed bin Salman, is believed to have turned on the recording feature before he went inside the building on 2 October to get documents for his forthcoming marriage. The new revelations by a Turkish newspaper, which have not yet been verified, put more pressure on Saudi Arabia to explain what happened to Khashoggi. The pro-government Sabah paper, which claims Turkish officials now have the audio, reported that Saudi intelligence agents realised after he died that the phone was recording. They apparently then tried to delete the recording, first by incorrectly guessing Khashoggi’s pin number on the watch, then later using the journalist’s finger. However unlike iPhones, Apple watches do not have a fingerprint ID unlock function. Authorities recovered the audio from Khashoggi’s iPhone and his iCloud account, the newspaper said. Turkish officials have alleged they also have video of him being killed, but have not explained how they obtained it, nor have they published any evidence he was murdered. However, footage around the consulate showed a convoy of vehicles with diplomatic license plates leaving for the consul’s home in Istanbul around two hours after Khashoggi’s arrival. A delegation from Saudi Arabia has arrived in Turkey as part of a joint investigation. Sky News correspondent Alex Crawford said the newspaper reports are “turning the screws on Saudi authorities and officials” and that there is “a major diplomatic storm brewing”. The kingdom has said it had nothing to do with Khashoggi’s disappearance, without explaining or offering evidence of how the writer might have left the consulate and disappeared with his fiance waiting outside. Saudi Interior Minister Prince Abdulaziz bin Saud bin Naif has condemned the “lies and baseless allegations” against the kingdom, although he praised the joint investigation with Turkey. Donald Trump is demanding answers over the disappearance, and British tycoon Sir Richard Branson and Uber Chief Executive Dara Khosrowshahi are among the business leaders to have suspended ties with Saudi Arabia as pressure grows on the Gulf state. On Saturday, Trump said that he would meet with Khashoggi’s family, but said he has also planned to discuss the missing journalist with Saudi King Salman. A Saudi-owned satellite news channel has begun referring to the 15-man team as “tourists,” without providing evidence to support the claim.