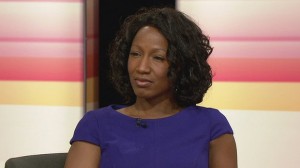 Some twenty odd years ago, when I was just finishing university in the US, I chose to travel to my country of heritage – Sierra Leone – to undergo female initiation. This included female circumcision.  My aunt, mother and grandmother approached me and said they wanted to take me, along with a slightly older aunt, my younger sister and cousin, to “join Bondo”.  I was excited, recalling memories of my childhood in Africa, watching exuberant women dancing and singing during adolescent girls’ initiation ceremonies, called Bondo.  These women would take over the town, while men and uninitiated children had to stay in the houses.  The women flanked the awesome Bondo masquerade, a powerful representation of our female ancestors, dancing and entertaining the crowds.

We underwent several rites as part of our transition from girlhood to womanhood, the most significant being our excision operation – the reduction of the exposed clitoral hood, glans and labia minorae.  My immediate experience was of pain and culture shock, while my eight year old sister felt nothing and was soon up and about with other young girls playing in the Bondo encampment.  My initial fear – that I would never enjoy sex again and be scarred forever – turned into pride and amazement when I first held a mirror “down there”.  Instead of disfigurement, I saw a clean, smooth, sculpted look and experienced my first post-operation sexual orgasm with my then boyfriend back in the US.

In December 2012, this practice – now condemned as Female Genital Mutilation – came under an official ban by a UN Resolution at the same time that the Hastings Center Report, a leading biotethics journal, published an advisory statement dispelling many of the popular myths about female genital surgeries  Yet, in recent years, all over the internet and in Western women’s magazines I see glossy advertisements of white women who have undergone what is now popularized as Female Genital Cosmetic Surgery (FGCS).  Doctors, including gynecologists with no surgery background, can charge thousands of dollars for procedures very similar to what I underwent and which the World Health Organization (WHO) classifies as Type II Mutilation.  I do find this puzzling.  African women have been berated for over thirty years now for “mutilating” our own and our daughters’ genitals.  Medical practitioners are prohibited from performing these surgeries under clinical environments, even when requested by adult African women.  But, white Australian girls as young as 14 and 11 can obtain “labiaplasty” underwritten by the National Health Service in local hospitals?

According to WHO, “Female Genital Mutilation (FGM) comprises all procedures that involve partial or total removal of the external female genitalia or other injury to the female genital organs for non-medical reasons”.  So, how can Western public health officials, global health institutions and feminist organizations maintain a straight face in condemning African female genital surgeries as FGM, yet turn a blind eye and even issue guidelines for the performance of very similar and sometimes more invasive procedures on Western (mostly white) women under the guise of cosmetic surgery?

When I look at the before and after pictures on some FGCS websites, I can see that the aesthetic effects of surgeries on white vaginas are conspicuously similar to our supposedly mutilated black vaginas.  Exactly who is kidding who – the doctors themselves, the female patients or WHO?  Whether done with a laser or a razor; at a high-priced Beverly Hills plastic surgeon’s office or at a sacred women’s initiation grove in the heat of West Africa; whether no one will find out about our private cosmetic surgery or we join other face-painted initiates in a communal celebration of womanhood; whether we are anesthetized under the modern knife of a male plastic surgeon with fancy framed degrees across the walls of his office or our legs are held open as we display our courage before an experienced traditional Digba, these are “all procedures  that involve partial or total removal of the external female genitalia…for non-medical reasons”.  Period.  As long as women –  whatever their race, ethnicity or motivations – are old enough to make these decisions for themselves, what purpose does making moral distinctions among these cultural practices serve?

At the time of my initiation, the concept of FGM had not quite gelled in Western psyche.  I chose to identify with the African women who raised me, the powerful women I so admired; the financially independent, hard-working and self-sacrificing women who, at least back when we lived in Africa, seemed so empowered.  I chose then to experience a cultural tradition that both honors our female ancestors and also ridicules men’s supposed sexual superiority.

I did not choose initiation for aesthetic and hygienic reasons or for sexual enhancement, though these have been the unintended psychosexual benefits of my operation, for me.  I see no reason why a white woman can opt for genital surgery for cosmetic reasons or if she wants to change her gender, but African women must be labeled “mutilated” for even the slightest knick to the clitoris as part of our ancestral traditions.  Why not the notion that all girls and women should be free to choose?

To begin with, we (meaning all of us concerned women) can rethink what we mean by genital aesthetics and stop using the invidious expression “mutilation.”  We can push for acceptable ages of majority for all children – irrespective of gender, nationality, ethnicity, socioeconomic status, religion, perceived cultural depravity and so on – to consent to certain surgical procedures.  We can impart accurate, evidence-based information that reflects actual risks and perceived benefits, devoid of moral judgment.  We can stop infantilizing, pathologizing and criminalizing African women for upholding their culture, while rewarding Western, predominantly male doctors who appropriate, rebrand and gain financially from African women’s ancestral traditions and at the expense of Western women’s own sexual insecurities.