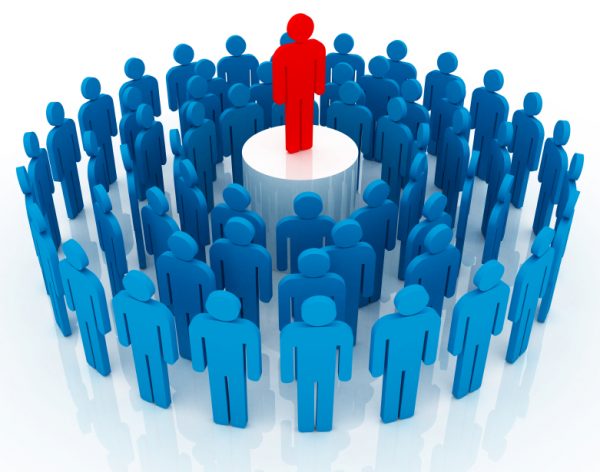 It is an open secret that many people never believed that Maada Bio would one day lead Sierra Leone….again. With the exception of his die hard supporters, many were shocked by his election victory. But the shock was more telling for the party opposite. It was not surprising that the deafening silence that reigned along the corridors of the APC party was palpable. It took a while for the APC party to recover from its political reverie. The power vacuum that ensued, following their disastrous performance for the presidency led to calls for its erstwhile leader to cut short his “well-earned” holidays, and return to steer what was seemingly becoming a rudderless ship. With the commission of enquiry set to kick in, there were many who also concluded that this was aimed at blowing the APC party into oblivion. Among the numerous policies, initiatives, change overs and replacement therapies that President Maada Bio’s government has initiated, the 2 most attention grabbing ones have been the set-up of the commission of enquiry into alleged corruption and the Free Quality School Education project.

There is no doubt that both look like insurmountable tasks for any government. Take the Free Quality School Education for starters. Even the industrialised nations can hardly boast of free education. In the US and Britain, education is no longer free. Students are not expected to pay fees upfront. They are given loans to finance their education. On completion of their education, they are expected to pay back in instalments from source. The same is the case in many developed nations including the US. So for a 4th world country that has been ravaged by war, mismanagement and corruption to boastfully declare and embark on its educational system, even at tertiary level as free, would be unthinkable to even some of us that are intellectually challenged in the study of economics.

What makes president Bio’s brave free school education programme more daunting is the fact that his government declared a near bankrupt economy inheritance. If this is true, difficult to disbelieve, many would be pondering Bio’s magical powers to conjure the money for such a mammoth task. Perhaps the government knows something that we don’t know. Or perhaps, most of us are not aware of the economic viability and resourcefulness of our country’s potential. Is President Bio about to unleash our country’s potential? It is an open secret that Sierra Leone is one of the richest countries on earth; resource wise. Sadly, like many African countries, we have been victims of the resource curse, and for far too long. Our country has been the proverbial man that is sitting on the banks of the river and washing his hands with spittle. We have water everywhere but not a drop to drink. If president Bio can get his Free Quality School Education up and running, and if he can even just maintain it for the next 5 years, the opposition parties will struggle to convince the electorate to vote otherwise come 2023.

Bio’s war against corruption is by no means another legend making endeavour. There is no doubt that Sierra Leone’s economic malaise is a concomitant effect that has degenerated into pervasive corruption (Rest in Peace JC Howard). There is no denying the fact that against the backdrop of our wealth in resources, the main reason for our economic woes is the cancer of corruption; which has plagued our country since time immemorial. It is worth noting that no political party has monopoly as vectors of this disease. Corruption is psychologically DNA ed into our system; so much so that any attempt to fight it is seen by the unscrupulous as treasonable. It is so sad to live in a society where the corrupt are canonised and the honest vilified. Corruption is so normal that it is considered abnormal to fight it.

It goes without saying that on assuming office, President Bio has set himself a very high standard. Unconsciously, he has prided his government on the Audacity of Hope. Sierra Leoneans have never been so hopeful in their dreams for better days to come. Tackling the poor educational system in our country is a statement of intent. Added to that is the expressed desire to tackle our society’s cankerworm of corruption. If anyone knows any better start to redeem my country from its hopeless situation, show me and I will pay cash.

But if Bio is to succeed in these laudable ventures, it will require the monumental support and participation by all Sierra Leoneans. The road map for the education drive and the fight against corruption will require Mass Awareness and Participation (MAP). There is no doubt that there will be many who would like to see Bio fail; for obvious reasons. There will also be those who would work tirelessly to not only undermine this, but work arduously to ensure its failure. Such people are not only the enemies of the state, but are also the ones who believe that putting out someone’s light will make theirs shine.

Under President Bio’s nascent leadership, he has just downloaded and activated our country into GREAT EXPECTATIONS MODE. We are all too familiar with the fact that large scale corruption in our country usually engenders the much vaunted commissions of enquiries. History teaches us that most of those commissions of enquiries in Sierra Leone have always ended as damp squibs, with relatively nothing to show for them. But president Bio should remember that the stakes have never been higher. He would be judged by these yardsticks that he has measured for himself. His leadership will be judged by these twin forces of free education and the fight against corruption. The nay Sayers and pessimist are already clamouring that he has made a rod for his own back. Bio will live and die (not literally) by these policies. If he succeeds hallelujah, but if he fails in this fight, history and posterity will never forget or forgive him.

Is President Bio now on the cusp of history? Would he be remembered as one of the greatest leaders of our country, if he succeeds? I can’t remember any of our leaders have ever been bestowed with such an accolade. If Bio fails (I shudder to think), would he be remembered as the President who placed empty spoons into the mouths of his fellow Sierra Leoneans? If Bio does not succeed, he and the SLPP will always be remembered for such a failed policy. President Bio has one rare opportunity to not only win the hearts and minds of the nation, but also etch his name into folklore. The fight against corruption has always been, and seen by many as a losing battle. Is Bio going to add to the number of leaders who ascended their throne with the best of intentions but fall by the wayside? Would Bio trade his authenticity for popularity?

Amidst the concoction of hope and expectations, would these be some of the nagging questions on the minds of Sierra Leoneans? Would the commission of enquiry fade into the usual oblivion or would this fight be seen as an “open call” (Bluff)? Would he be remembered as another has been? The fight against corruption, especially in Africa is a long and arduous job. But an army of sheep led by a lion can defeat an army of lions led by a sheep. So, will Bio stay the cause? Against the backdrop of such opposition, sandwiched by counter accusations, would Bio’s lofty and laudable ideas and policies fall by the wayside, like all before him? Are these gnawing questions the reason why many have received his ambitious projects with cautious optimism? Are we in for a harmattan fire that will fade into the wind? Great leaders are usually ordinary men with extraordinary vision and wisdom.

If Maada Bio is to succeed, he should take motivation from the incentive that has been provided by the Mo Ibrahim Foundation (MIF); an African Foundation with one focus: the critical importance of governance and leadership in Africa. The International Monetary Fund (IMF) has always been associated with Africa’s economic woes. Unlike the IMF which trades in austerity measures, interests on loans and sanctions in African countries, the MIF recognises and celebrates excellence in African leadership. The Ibrahim Prize aims to distinguish leaders who, during their time in office, have developed their countries, strengthened democracy and human rights, and advanced sustainable development for the shared benefit of their people. The Ibrahim Prize is a US$5 million award paid over ten years and US$200,000 annually for life thereafter. In addition The Mo Ibrahim Foundation will consider granting a further US$200,000 per year for ten years towards public interest activities and good causes espoused by the Ibrahim Laureate.

With the MIF, our African leaders have no reason to be corrupt or to oversee corrupt regimes. There is no other retirement benefit that matches what the MIF offers our leaders. With such a retirement package, do our leaders have any reason to be corrupt and risk facing enquiries on leaving office? All they have to do is to make sure they develop their countries, strengthen democracy and human rights, and advance sustainable development for the shared benefit of their people. Is that too much to ask? If I had the choice between being a corrupt leader or presiding over a corrupt regime and winning the MIF, you know the one I will choose. I will go halal on this one.

President Bio, this is your moment. Seize it and make history. It pays to be on the right side of history. Don’t trade your authenticity for popularity. The best revenge is massive success. If you succeed, you don’t need to campaign for the next election. The electorate is now too aware to fall for the “one bag res or T-shirt” trick.