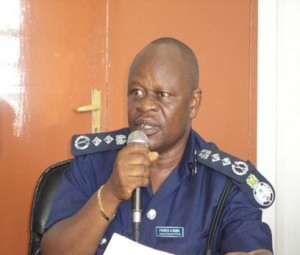 Dr. Angelika Lorenz, my former programming lecturer one day told me that the main secret behind the success of software developing is the Boolean theory which enables  the programmer to judge ahead the behavioral patterns of the user by putting him/herself in the user’s position.  The Boolean theory, by default, forces the programmer to be exclusively honest with him/herself and the user as well; failure to do so would result to error report during debugging. The rules are simple but logical: TRUE or FALSE, ZERO or ONE, no more nor less.
The above principle reminds me about a saying I often heard from my late father whenever he wanted to force truths out of my mouth: “when cooking for a lion you don’t have to be worried about the taste or quantity; what you should be worried about is the feeding method, because the lion might prefer eating you instead”.  This simply implied that he was capable of digesting and sensing truths out of my explanations no matter how clever I was.  So I needed to be cleverer than him before being able to convince him with my childish lies.
If some newsmen in Sierra Leone can take the above logics into consideration when composing their pieces with the aim of misinforming their readers, they wouldn’t even think about clicking the save icons on their interface let alone print for possible dissemination.  For they would first and foremost ask themselves how the readers would receive their stories.
This piece will therefore discuss in detail a “Critique” opinion and analyses about the alleged cocaine container which docked at Water Quay few weeks ago, and which, according to recent police report, has been proved negative of cocaine.  This report, apart from the kilos of marijuana bags that went missing under police custody few years ago, and the big diamond that turned to ordinary sandstone under the inspection of Mineral Resource Ministry during SLPP regime, is the most flabbergasting headline of our life time.
It was earlier alleged that the container was full of baby pampers stuffed with white substance believed to be cocaine powder. The consignment was alleged to have been shipped by unknown shipper to unknown consignee in Sierra Leone and that the issue was under vivid investigation by the Sierra Leone Police.  Few suspects were said to have been already arrested and are helping the police with their investigation.  The police however imposed a press blackout on the whole saga during the investigation.
The final police report on the 10th instant stated that an earlier examination by the Sierra Leone Police proved the powder substance stuffed in the pampers container to be half negative and half positive, while a final examination with the aid of the Sierra Leone Pharmacy Board and the United Kingdom based Serious Organized Crime Agency (SOCA) has proved it 100% negative.  The report further revealed that upon opening the container after receiving a tip-off about it, the police noticed that part of the container was empty and that some of the pampers have been removed from the container either while on the high seas, or on transit in Sierra Leone.
This report, when analyzed logically, it only stripped naked the Sierra Leone Police and clearly showed the world how impotent they are to protect “lives” and “properties” in the country which is what they are paid for.

First of all the police will agree with me that shipping agencies all over the world operates one of the most secured and perfectly coordinated networks on our planet. No vessel can carry a consignment without clearly knowing the identities of the shipper in the contracting country and the consignee in the destination country. The consignee might not be verified on the spot but the shipper must be definitely verified because a shipping and payment contract has to be enforced before the consignment is loaded.  So even if the sender and consignee are not known to the vessel carrier and names in the bill of lading are forged, the shipping agency who mediated the shipment deal between the sender/consignee and the vessel carrier must be a registered company in the country of loading and the official signatory of that company can be in position to answer all queries related to the consignment. No individual can load a container and ship it without the involvement of a registered shipping agency.  So the police claim that the pampers container was unidentifiable at the initial stage is baseless.

Also after arrival in Sierra Leone, the consignee has to contact either the shipping agency or vessel carrier representative with copy or original bill of lading which shows manifest of the items onboard the container including prove of identity before the container would be opened for inspection.  So the police could have only received a tip-off about the container, if any as claimed, after or during inspection. Because this was the only time one could have seen or known contents of the container. It must be also noted that containers are the most secured form of shipment that are only tampered with in the country of destination.  Vehicles placed on open decks can be broken into or vandalized but there are no records of containers being vandalized or broken into at the high sea, except otherwise there is a great conspiracy on the side of the vessel carrier.  This is why all of us in the Western world are shipping our things to Sierra Leone onboard containers.  So the police claim that they met the container half empty even raises more questions. One would ask whether this is why the press was never given any detailed information about, or allowed access to, the pampers container?
Does the police want us to believe that someone with his/her intelligence quotient perfectly functioning had shipped a container across the Atlantic Ocean to Sierra Leone with “unsalable” white substance stuffed in it only for the purpose of raising false alarm hence deceiving the police and the general public? If the consignment onboard the container was not as saleable as cocaine why would someone try to tamper with it surreptitiously? After the police had kept the press and the general public in the darks about the pampers container and the entire investigation process, how can we believe that the sample sent to the SOCA lab in Britain, if any, was truly from the pampers in the container? Do the Sierra Leone Police think the British man will believe them?
Even though the police have failed to observe my father’s clever saying about the lion but the great Boolean theory must be maintained all the time. It’s either ZERO or ONE, TRUE or FALSE….. If the white substance is no cocaine then what is it????