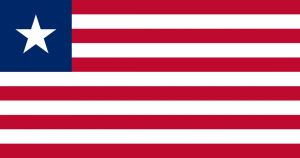 Following the enactment of the Liberian Refugee Immigration Fairness Act (LRIFA) the United States Citizenship and Immigration Services (USCIS) announced Thursday it will begin to accept Green Card Applications to adjust status to permanent resident from certain Liberian nationals under Section 7611 of the National Defense Appropriation Act (NDAA) for fiscal year 2020, according to a USCIS press release.

The legislation signed into law by President Trump on December 20, 2019 will allow eligible Liberians who have been continuously living in the USA since November 20, 2014 to file for a Green Card or permanent residence.

It also allows eligible Liberians to file applications to adjust status of their spouses, unmarried children under 21 as well unmarried sons and daughters 21 or older.  The deadline to file an application is December 20, 2020.

The extension of legal status and pathway to American citizenship for Liberians emanated from Rhode Island Senator Jack Reed a democrat who first introduced the LRIFA in 1999.  He has steadfastly and relentlessly reintroduced the bill in every successive congressional session.

Liberians also should be lauded for their resilience spearheading decades of lobbying US lawmakers advocating for permanent legal status and a pathway to American citizenship.

“After decades of uncertainty, this is a huge win for my Liberian brothers and sisters and a great day for America,” Sen. Reed said in a statement.

“Liberians who’ve legally lived here for years, paid taxes, and made so many positive contributions to their various communities, especially in Rhode Island deserve the opportunity to get on a path to becoming full citizens.  Everything they have in America they’ve earned through hard work and hard work should be rewarded,” said Senator Reed

“We don’t have adequate words to describe the relief, the joy and celebration that it brings to our community,” Rev. Francis Tabla of Ebenezer Community Church in Minnesota, whose congregation is largely Liberian, said about the reprieve.

As part of a humanitarian reaction to Liberia’s civil war, President Bush Sr. in 1991 offered Liberians an opportunity to live, work, and pay taxes in the United States under the Temporary Protected Status (TPS) and became part of the Deferred Enforced Departure (DED) program in 2007

DED protection extended more recently by President Obama after a major Ebola outbreak that killed thousands of Liberians, Guineans and Sierra Leoneans in the region was to expire on March 31, 2020 after President Trump’s one year extension.

President Trump twice moved to end the program proclaiming Liberians can now return home because conditions in their country had improved, they’re no longer experiencing armed conflicts and they have fully recovered the 2014 Ebola outbreak.

On March 27, 2018 he issued a Presidential Memorandum directing the Secretary of State and the Secretary of Homeland Security to terminate DED for all Liberian beneficiaries effective March 31, 2019.  The memorandum also ordered a 12-month wind-down period beginning on March 31, 2018 during which Liberian DED holders may remain and work in the United States.

“This is the best Christmas gift that I’ve ever had since I came to America.  Because of the passage of this law, I no longer have to go to bed worrying about being deported to Liberia come March 31, 2020,” said Festus Tamba an interstate bus driver who has lived in New Jersey since 1997.