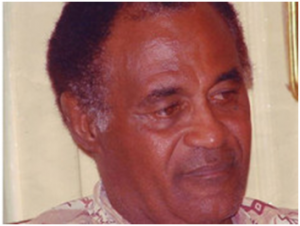 This day, each year on October 10, thousands of supporters come to celebrate this annual awareness programme as an important programme bringing attention to mental and psychocological illness and its major effects on peoples’ life worldwide.

Today, thousands of people with mental health conditions around the world are deprived of their human rights. They are not only discriminated against, stigmatized and marginalized but are also subject to emotional and physical abuse in both mental health facilities and the community. Poor quality care due to a lack of qualified health professionals and dilapidated facilities leads to further violations.

This year, we are expecting WHO to raise awareness of what can be done to ensure that people with mental health conditions continue to live with dignity, through human rights oriented policy and law, training of health professionals, respect for informed consent to treatment, inclusion in decision-making processes, and public information campaigns.

In some countries, this day is part of the larger mental illness awareness week. The reality is that financial and human resources allocated for mental health are inadequate especially in low resource countries. The majority of low- and middle-income countries spend less than two percent of their health budget on mental health. Many countries have less than one mental health specialist per one million population, to make matters worse, even a considerable part of the limited resources is never spent on large mental hospitals but rather on services delivered through community and primary health care.

Countries need to increase investment for mental health and to shift the available resources towards more effective and more humanitarian forms of services.

In the case of Sierra Leone, mental health workers are very few with a single psychiatrist, two psychiatric nurses, and a handful of social workers and counsellors. There is therefore a desperate need for more mental health workers in Sierra Leone, but the situation is compounded by the fact that it is extremely difficult to recruit students into psychiatry which is frowned upon and stigmatised in all African countries. With a decade of one of the most brutal wars ever and the Ebola outbreak, Sierra Leone is facing an unprecedented mental health ‘crisis’ with thousands of trauma cases across the country.

In an exclusive interview with Sierra Leone’s sole psychiatrist, Dr. Edward Nahim (pictured), he explained that due to the past civil conflict and the Ebola outbreak in Sierra Leone, mental health has caused serious psychocological problem like traumatic stress disorder, depression, drug abuse, poverty, discrimination, stigmatization. These he said might increase the level of mental problems, lawlessness in Sierra Leone. He noted that mental Health remains a public health concern in Sierra Leone and appropriate needs and resource assessment need to be created as a turning point.

The consultant psychiatrist said the main goal is to establish substantial data to allow for future planning for comprehensive mental health delivery. “Mental health problems fall into two main categories with a certain overlap”, he explained.

“The first category includes traditional mental health/psychiatric problems seen in any country, rich or poor and in peace or conflict.

Based on a joint Ministry of Health and Sanitation and WHO survey, Dr. Nahim says, “more than 700,000 people are with a severe mental health problems needing medical treatment, more than 350,000 psychotic patients induced by drugs and alcohol abusel as well as by severe infections like cerebral malaria, more than 20,000 with a severe Bipolar manic depressive disorders. More than 175,000 mentally retarded and more than 175,000 epileptics and schizophrenics.

Dr. Nahim mentioned that the present decentralization of the health sector in the country is “one step forward,” explaining that “mental health would be one of the major beneficiaries”.

“The efforts being made by the health ministry, with the country office of the WHO undertaking a completion of the national mental health policy and putting in place a Human Resources Development plan is something to be commended”, the doctor observed.

“There are a lot of psychiatric or health issues that need urgent attention, but the existing facilities in the country cannot cope with them as up to 80% of the hospitals and health centres were destroyed by the rebels,” Abu Bakarr Sankoh, a former student at the College of Medicine and Allied Health Sciences opined.

“Most people are either direct victims of the war or have witnessed atrocities committed on their loved ones, also, most of those who are rape victims and limb amputees have been left with psychological trauma which may be with them for the rest of their lives,” the former student said, pointing out that “the bulk of the population has suffered various psychological illnesses and disturbances caused by post-traumatic stress disorder in the country. And the recent Ebola outbreak in the country is another factor that caused serious psychosocial problem.

“Can you imagine? There are lots of psychiatric patients roaming on the streets, but nobody cares about them because there are insufficient drugs in the hospital”, a psychiatric nurse at the Kissy mental hospital added.

Abdul Nahim Koroma, community Psychiatric nurse, confirmed that drug abuses is now on an increase among the youths adding that “drug abuse has serious repercussions on mental health in the country.

“The most commonly abused drugs in our country are Marijuana (Diamba) cocaine “Brown Brown” etc. As a result of the abuse of these drugs, psychiatrists are now in high demand,” Koroma revealed.

He attributed the past rebel war and the Ebola outbreak as a contributory factors to mental health status quo. Many residents were victims, perpetrators and/ or witnesses of the brutal and gruesome events of the war. It is undeniable that some people may now use illicit drugs to drown their sorrows but adding that psychoactive drugs will only worsen rather than better the trauma or guilt.

Cannabis, the popular name given to the leaves, resin and flowers of the cannabis sativa plant has psychoactive chemicals. There are different preparations of the plant resulting to various names — Marijuana (leaves); hashish (resin); sensemilla (female flowers) and cannabis oil (alcoholic extraction of the resin).

The plant has 60 cannabinoids (chemicals) with different proportion to the different preparation but the most potent one is the THC (tetrahydrocannabinol). The new hybrids of cannabis such as skunk, big bang, white widow etc have high levels of THC.

Sierra Leone with an approximate population of more than six million or more has people with psychosis (2%); depression (4%); substance misuse disorder(4%);learning disabilities(1%) and epilepsy(1%).

The mental health patient who has recovered from the illness further said that many of this mental health people are subjected to physical, sexual and emotional abuse and neglect in hospitals and prisons, but also in the communities.

“This is a serious problem, because they need the help of psychiatrists to help combat some of the social problems which emanated from trauma of war and the Ebola outbreak in the country”, he concluded. Majorities of Sierra Leoneans negflect people with mental health conditions and this mental health people in any way are not respected and they experience deprivation of dignity in a variety of ways.

“They are tagged as having a mental health problem, they experience social deprivation-losing their jobs, losing social prestige and becoming isolated from their families and societies,” he opined.

But how can the government authorities solve this problems stigmatization and discrimintation in order to promote the rights and dignity of people with mental health conditions in the country.

Dr. Nahim says in the health-care system, the health ministry need to provide better support and care for people with mental health conditions by providing community based services, respecting people’s autonomy, including their right to make their own decisions about their treatment and care and ensuring access to good quality care which promotes human rights and among others.

Article 1 of the Universal Declaration of Human Rights affirms that: “All human beings are born equal in dignity and in rights”

The Preamble of the UN Convention on the Rights of Person with Disabilities states that: “…discrimination against any person on the basis of disability is a violation of the inherent dignity and worth of the human person”

Abu Kamara pointed out that this UN Declarations are just paper work but they are not applicable in Africa especially in Sierra Leone.

“If you have mental problems. You are labelled. At home, you have got a label, and you are labelled in the system, so there is not a great deal of dignity afforded to you” he pointed out.

Share this on WhatsApp
About Bai-Bai Sesay 1 Article
Bai-Bai Sesay is the current Editor of the Independent Observer newspaper after serving as Deputy Editor from mid-2002-2008. From 2002-2008, he was responsible for the newspaper’s day to day administration with many years of experience in the field of journalism both locally and internationally. He joined Independent Observer newspaper from the Eastern Post newspaper, a regional newspaper based in the eastern part of Sierra Leone. He is also the editor of the Expo Times online at www.expotimesonline.net. Sesay is also working for international media outlets such as the Media Foundation for West Africa (MFWA) based in Ghana, Internews Agency in the United States of America (USA) and Expo Times newspaper publish online. He is a member of the Sierra Leone Association of Journalists (SLAJ) and several international organizations including the Society for Environmental Journalists based in the United States of America (USA) and member of the Center for International Media Ethnics (CIME). He holds a Diploma at the London School of Journalism (LSJ) and attended several local and international training programmes in almost all areas of journalism. Sesay holds certificates in Feature Writing Course in Johannesburg- South Africa, Reporting on Regional Integration in West Africa in Accra, Ghana, Journalism Training Programme on HIV/AIDS in Toronto, Canada, Newspaper Management and Marketing in Freetown, Sierra Leone, Revenue Management-June 2003 in Freetown, Sierra Leone, Reporting the Environment in Freetown, Sierra Leone, Reporting Business in Freetown, Sierra Leone, General Sports Reporting in Freetown, Sierra Leone and Election Courage Workshop in Freetown, Sierra Leone, ‎Sesay won several awards including Best Development Journalism in 2009, Best report on ICT in 2010 and 3rd prize in an essay competition for journalists in celebration of World Press Freedom Day in 2012 organized by the United States Embassy in Sierra Leone. Some may find it difficult to believe that this locally and internationally acclaimed journalist who edits locally and internationally reputable newspapers was born in Lunsar town in the Port Loko district, northern Sierra Leone. He attended the Sierra Leone Church Primary School in Lunsar Town, Schlenker Secondary School in Port Loko town and ‎The Bo Government Secondary School (known as Bo School) in Bo city. He is married with five children- three boys and two girls.