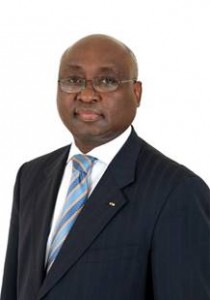 International Women’s Day is a day of celebration and a day of challenge, often rolled into one.  In realising how far we have come towards ensuring genuine equality of opportunity for women as for men, it becomes clear how far we still have to go.

For every iconic female leader – a President Johnson-Sirleaf in Liberia, for example – there are a thousand female voices in Africa which are unheard.  In individual African countries, and across the continent at large, we see a joust between success and shortcoming.  Africa may lead the world in the proportion of women who sit in some if its parliaments, but it lags badly behind the rest of the world in others.  Statistics report countries in which three percent of women have experienced sexual violence – a figure which is three percent too high – and those in which no less than a thirty-three percent have been confronted and affronted with such crime.

The mathematics do not make sense, when we see that women are still among Africa’s most vulnerable people.  Fully two-thirds of the continent’s children out of primary school, its citizens living below the poverty line, its HIV sufferers, its disenfranchised people, are women.  It is a stark fact that half of Africa’s people bear considerably more than half of its problems.

Africa’s current and unprecedented economic growth is strong – but it is flawed if it is not shared, and if it is not environmentally sustainable.  Real growth has to be for women as much as for men, for younger people as for older, for rural communities as much as urban.  And we know that economic growth alone does not suffice to create gender equality: it requires political and practical will to drive the gender agenda forward.

The key to that task is law: first establishing the law, and then implementing it.

On the surface at least, that may be happening.  Most African countries have ratified the Convention for the Elimination of Discrimination Against Women, CEDAW, the various International Labour Organization conventions on women’s working rights, and the Maputo Protocol of 2005 which was Africa’s own stated vision of equality for its women.

But legal exceptions are widespread in national constitutions, and in the statutes governing areas like marital property, inheritance, land, and labour.  Civil law sometimes has to give way to customary law, especially in rural areas.  Many of the legal provisions which discriminate against women apply to them not simply as women, but as married women. In many countries, marriage changes the legal status and rights of women, often conferring legal rights and responsibilities on husbands, and removing them from wives.  Some of Africa’s Family Codes limit women’s capacity to sign contracts or seek employment without the consent of their husbands.  Everything has its consequences: this limits female farmers’ ability to hold secure tenure rights to land, thereby diminishing their access to credit and other goods, which in turn leads to inefficient land use and lower yields and, as research revealed last year, falls in productivity by up to 40%.

The last decade gives just as much evidence of a continent grappling with a serious issue.  The Gambia’s Women’s Act of 2010 brought in comprehensive legislation to bring about gender equality.  It promises the continued education of young girls who are victims of early marriage and teenage pregnancy, for instance, and prohibits their expulsion from school.  Kenya’s 2010 Constitution, ‘recognising the aspirations of all for a government based on the essential values of human rights, equality, freedom, democracy, social justice and the rule of law’, is suffused with gains for women, for instance in their being given equal right to inheritance and unbiased access to land.  Article 19 of the Moroccan constitution makes men and women equal citizens under the law, with the same social, economic, political, environmental and civil rights.  Its title should be a rallying cry for us all: ‘Honour for women’.

Women’s equality and opportunity before the law is the shared responsibility of governments and peoples alike.  National and international development organisations, too, must play their role.  The African Development Bank makes loans and grants of tens of millions of dollars each year, to promote women’s economic empowerment.  Where laws establish gender equality – in the letter, in the spirit and in the practice – we should give our utmost support.