Latest headlines
As far as Africa is concerned, prizes don't come any bigger and challenging than this – the Nigerian Liquefied Natural Gas Limited (NLNG) Literary prize for writers of Nigerian descent based both at home and abroad. Currently in its ninth anniversary, The Nigeria Prize for Literature with a cash value of US$100, 000, the largest in Africa, is sponsored by NLNG to reward excellence in works of outstanding merit in literature.

After reviewing over 214 entries, the largest number received since the prize was inaugurated in 2004, a five member committee of judges headed by Francis Abiola Irele provost of the College of Humanities, Kwara State University and Fellow of the Dubois Institute and Harvard University, presented a shortlist of ten writers to the advisory board of the NLNG chaired by Professor Emeritus Ayo Banjo.

The ten finalists and their books in alphabetical order are as follows:

Adaobi Tricia Nwuban: I Do Not Come to You by Chance

Olusola Olugbesan: Only a Canvas 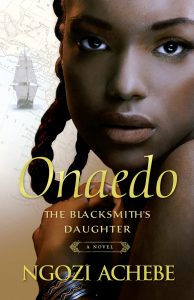 In a telephone conversation with one of the shortlisted authors, Dr Ngozi Achebe a practicing medical doctor currently based in the United States of America, I asked how she felt about the news of her nomination. “I was very excited to hear the news,” she said. “It is an honor indeed. When I wrote Onaedo: The Blacksmith’s Daughter I decided to go in the direction of historical fiction which has not been widely applied as a genre to African literature. I hoped to raise awareness of history as entertainment, with this tale of adventure, love, politics, loss and hope. I hope I achieved all I set out to do.”

I also asked her what she would do with the money if she wins?  “I won’t tempt fate but there are a lot of literary institutions in Nigeria that supported me and need a helping hand to continue their good work. But we will cross that bridge when we come to it.”

According to a statement released by Ifeanyi Mbanefo, Managing Editor of NLNG In-house Magazine and Manager of Corporate Communications and Public Affairs, NLNG Limited, a final shortlist will be announced soon.

NLNG Advisory Board for Literature also announced its decision beginning in 2013 to accept e-Book entries for the literature prize.   In addition, the Advisory Board also announced it will implement “every year, three scholars with critical works published in reputable foreign journals will be given honorary mention, commendation letters and a cash prize of US$5,000.”  NLNG officials also say they hope these incentives will encourage scholars all over the world to bring Nigerian literature to international attention.

The prizes are awarded at the NLNG Grand Award Night which is observed in the second week of October, commemorating the first export of Liquefied Natural Gas cargo by the company on October 9, 1999.

Ngozi Achebe’s debut novel Onaedo: The Blacksmith’s Daughter is available on line, at Barnes and Noble, Amazon, WHSmith and anywhere books are sold. She can be contacted on Facebook or at www.ngoziachebe.com.