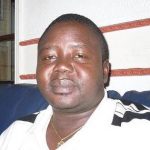 In Greece yesterday, the Olympic flame was lit by beautifully clad “Greek Goddesses” in Athens; to mark the beginning of the customary journey that ushers in every Olympic session. The journey will involve 8,000 torchbearers on its 70 –day relay that will culminate in its final destination in London’s Olympic Stadium in East London, Stratford. The UK’s segment of the journey will begin in Land’s End, through to Westminster before travelling from Hampton Court to the Olympic Park to light the cauldron at the opening ceremony on 27 July.

On the other side of the pond, President Barack Obama was putting some incendiary devices to another flame, with political ramifications. When voters in North Carolina approved a constitutional amendment effectively banning same-sex marriage two days ago, the US president made clear his view that gay and lesbian couples should have a chance to wed. It goes without saying that his public stance on the issue of gay and lesbian marriages has been met with a plethora of reactions from both sides of the argument. While some have considered it politically prudent to do so, others have simply tagged it as the surest form of political suicide; especially by a president whose term of office has been perennially dogged by the economic crisis that he inherited from the Bush administration.

Rod Dreher, senior editor of the American Conservative argues that “liberals in the media have won the battle on same-sex marriage by portraying traditional views as “irrational hatred”, while Sarah Wildman, a visiting scholar at John’s Hopkins University, applauds the president for announcing “a new direction for the country”( BBC). The variance in opinions could not be more telling. Discriminating against gays and lesbians has been likened to discriminating along racial lines. Rod seems to suggest media ecology has overtaken moral aptitude.

The issue of same-sex marriage has always reared its head during political debates since time immemorial; and with political artistry, many incumbents and aspiring presidential candidates have successfully wriggled themselves out of the topic, using political gymnastics and political correctness. It is therefore seen by many, especially the voters of conservative and religious persuasions as an uncharted territory for a US president to put his cards on the table; especially during an election year. Other pundits are less likely to be surprised, considering that Obama oversaw the repealing of the “don’t ask, don’t tell”, policy of the military apparatus. His administration refused to back the Defence of marriage Act and expanded federal hate-crime law to protect gays.

Same sex-marriage has been passed in New York, Maryland, Washington DC, New Hampshire, Massachusetts, Iowa, Vermont and Washington. Even where such laws in favour of same-sex marriages have been passed, many are subject to judicial reviews. Thirty-one states have banned same-sex marriage through law or constitutional amendment. Most political figures tend to take decisions based on the wishes of the majority, even if they clash with their personal views; as a matter of political expediency. Statistics show that the majority of states in the US do not support same-sex marriage; as recently demonstrated by North Carolina. It is against this background that many consider Obama’s “historic” coming out in support of gay marriage as politically suicidal.

The question of the rights or wrongs of Obama’s public stand will be firmly put to the test come November. Reports indicate that since his announcement, the tills for Obama’s campaign fund have not stopped ringing; raking in about $15 million at the last count. This may be all well and good, but will these supporters convert their green backs into votes come November? As political pundits rack their brains as to why Obama has publicly come out in support of such a divisive issue, especially during an election year, many are beginning to wake up to the idea that he was tripped into this situation by his Vice President Joe Biden.

According to CNN, Joe Biden has apologised to President Obama “for putting him in a tough position” that led to his announcement that he now supports same-sex marriage. Obama once said “I believe marriage is between a man and a woman. I am not in favour of gay marriage. But when you start playing around constitutions, just to prohibit somebody who cares about another person, it just seems to me that’s not what America’s about. Usually, our constitutions expand liberties, they don’t contract them”.

Indications are that Obama had planned to make his views known at a later date, presumably during the convention. Its seems that Obama’s disclosure came sooner than planned as a result of Biden’s comments on  his “Meet the Press” interview on Sunday. Senior aides of the president are reportedly annoyed with Biden; considering that he had “counselled the president against coming out for same-sex marriage” in the past. Many are now questioning whether Obama was left up the creek without a paddle?

With Mitt Romney due to be nominated as the flag bearer for the conservative Republican Party, voters have been given another denomination (no pun intended) for a political dichotomy between the two candidates. Prior to Obama’s announcement, the economy has been the main bone of contention between Romney and Obama. While some see Romney as too conservative in his views and too aloof from the average man on the street, others have seen Obama as the common man’s friend, especially with the Obamacare; which many tagged as too socialist. With the gay debate thrown in the mix, there is no doubt that like Sarah Palin, the topic will surely activate and re-energise the political debate along these lines.

Unlike Obama, Mitt Romney has always opposed same-sex marriage and he reiterated his view in an interview on Wednesday; that “I do not favour civil unions if they are identical to marriage other than by name”. Love him or loathe him, it is bound to cause some rancour with the pro-gay group. However, Romney is bound to gain respect and support from his grass roots conservative, unlike Obama, who is increasingly being seen as pushed into making such a declaration; courtesy of Biden’s apology. Although Obama has declared that his views were personal, such redeeming acts will cut little ice with the conservatives, who had hitherto been lukewarm towards Romney. It is just a matter of time before Obama’s detractors will start accusing him of “flip-flop”; a tag that Romney was increasingly gaining patent rights to.

Christian leaders have vowed to use it as an organising tool in the 2012 elections, some have seen Obama’s stance as “a gift to Romney”. It is seen as a politically risky move for Obama. In their defence, gay rights groups have compared their discrimination with that of racial prejudice in the 60’s southern states, but many blacks see such comparison as not only irrelevant but belittling the oppression that blacks went through and continue to do so to this day. Will the black voters punish Obama for his stance on the issue? While he may be seen by many as the President who would rather stand on principle and lose than be a politician and win, will this victory strategy see him as the courageous politician who will take the hard road and stand up for the people? With 55% of blacks opposing gay marriage, many may see it as a wedge that will be driven between gays and blacks.

The outcome of the election will be difficult to call. Either way, the issue of same-sex marriage has been placed firmly in the box seat for the election, come November. The issue will no doubt swell the support from gay rights activists for Obama, but will that translate to casting the ballots at the polls? As for the religious conservatives, who will see this as an attack on their religion, there is no doubt that their religious fervour will get them out to the polls; if for nothing else. Religion and politics have always been a lethal concoction. Democrats will be hoping that it will not make for a bitter pill to swallow.

Jimmy Carter once said “We must make it clear that a platform of ‘I hate gay men and women’ is not a way to become president of the United States”.

Obama may be on the right side of history, but has he taken the wrong side of a crucial voting bloc? Politics is a funny old game; as this just goes to show that you can never be everything to all men all the time. Only God and fools don’t change.

Don’t forget to cast your ballot before you leave the room.