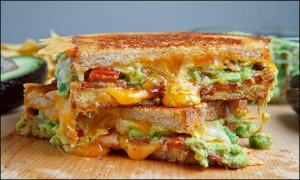 A passenger on an Air Canada flight found a sewing needle in a catered sandwich during a flight Monday, the airline said.

Peter Fitzpatrick, a spokesman for Air Canada, said Tuesday that the airline is "working closely" with its caterer, which he didn't name, to "ensure heightened security measures have been put in place."

The police are investigating the incident, which occurred on a flight from Victoria, British Columbia, to Toronto.

"Safety is always our top priority so we are taking this matter very seriously," Fitzpatrick said, adding that it appeared to be an isolated incident.

The FBI and Dutch authorities are also investigating reports of needles found in six sandwiches on Delta flights from Amsterdam to the United States two weeks ago.

Gate Gourmet, a 20-year-old company that provided prepared sandwiches to Delta, said the sandwiches originated at the firm's facility in Amsterdam.

James Tonjes, a Delta passenger who was injured when he bit into a sandwich, said the needle was about an inch long, but didn't have an eye.