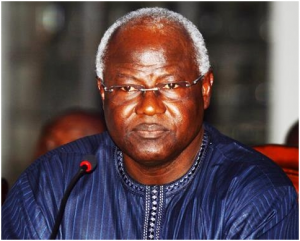 Fellow Sierra Leoneans, since our country registered it first case of Ebola on the 25th of May 2014, my government has been working tirelessly with its international partners to bring an end to this outbreak.

The outbreak has been a very difficult period for our country. But through out all these difficulties we remain resilient as a people. We have significantly increased our capacity to defeat the virus. We have been able to increase the number of treatment centres from 1 to over 10 treatment centers across the country. We have also been able to increase the holding bed capacity to over 800. These numbers will grow exponentially as the British Royal Engineers complete the last batch of the 700 bed capacity treatment centres over the next few weeks.

We have also been able to increase our laboratory capacity from a single lab in Kenema when the outbreak started in May to over 7 functional laboratories across the country with a combined capacity to test over a thousand samples a day. From a single doctor with expertise in this type of viral diseases, we now have many doctors and health workers with skills to tackle the outbreak. We have trained our own medical personnel with international support, and improved the skills of contact tracers, burial teams and call center operators.
The Hastings Police Training School treatment center, which is established by government resources and ran by Sierra Leonean medical personnel has to date discharged over 360 patients since its establishment on the 19th September, 2014.

We are not yet where we need to be, and there are still huge challenges. But our actions have yielded some progress. Some districts such as Kailahun, Kenema, Pujehun and Bonthe continue to record zero cases. In the last few months, I embarked on a Social Mobilization drive and engaged all paramount chiefs, chiefdom authorities and stakeholders from various districts to take personal responsibility of this fight and ensure that they stop infection in their chiefdoms and communities. Many districts have made progress while some still continue to face challenges including the Western Area, which for the past two weeks have accounted for over 50% of new infections.

In the light of this, I have given my approval to the National Ebola Response Centre to embark on a special operation in the Western Area to control the current rate of infection and stop the spread of the disease in the region.

This intervention is called “Operation Western Area Surge” and it is to encourage people to come forward if they have a fever or other symptoms of Ebola and to call 117 for help at an early stage.
Great planning has been put into this and the NERC has positioned beds, laboratories, ambulances, personnel and other logistics required to successfully implement this two weeks exercise, which will start today Wednesday 17th December, 2014.

Let me however remind all as I have always done that we can have all the treatment and holding centers, the laboratories and ambulances, but we can only succeed when communities, families and individuals ensure that they do not touch the sick or the dead, and that they report sickness and death to the authorities. Every individual is as much responsible to ensure his survival as the government and its international partners.

I therefore call on all community leaders in the Western Area, from Political party leaders, Ministers of Government, Members of Parliament, the Mayor, Chairman, Councilors, tribal and village headmen, women and youth groups, religious leaders, traditional healers and cultural leaders to champion this exercise. You must all go into your communities during this two week exercise to talk to your people and ask questions about Ebola.
I have instructed NERC that all contact tracers, social mobilizers and members of the surveillance teams for this exercise must come from the communities and so all of you must engage your people and your communities during this exercise.

I know that this is the festive season where Sierra Leoneans often celebrate with families in a flamboyant and joyous manner, but all must be reminded that our country is at war with a vicious enemy that is still taking the lives of our brothers, sisters, mothers, fathers, children and friends. Let me also remind the general public that the Public State of Emergency is still in place and that my government will implement its measures to the letter during this festive season. We have put the following additional measures in place for the festive season with immediate effect:

Travel and movements between Districts will be restricted during the Christmas period
Christians attending church ceremonies on Christmas day will be allowed to do so, but are requested to return home immediately after church services to celebrate Christmas with their families

All New Year’s Eve festivities, including Church Services and New Year’s Day outings are prohibited. Any church wishing to hold a New Year’s Eve Church service, should ensure the service ends before 5pm on Wednesday 31 December or through radio or television broadcast.

All public gatherings are prohibited, this includes all public activities around restaurants, nightclubs and the beach areas in the Western Area

Traders and market women are only allowed to trade from 6AM to 6PM Mondays to Fridays and from 6AM to 12PM on Saturdays. Trading on Sunday is suspended until further notice.

All citizens are requested to abide by these measures as violators will be subjected to the penalties stipulated by the laws of the country under the State of Public Health Emergency.

Compliments of the Season.

Together, we will defeat Ebola