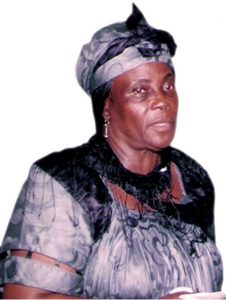 Information filtering into this medium has confirmed that Mrs. Alice Rosaline Koroma, the biological mother of His Excellency President Ernest Bai Koroma, has departed for eternity.  According to closed relatives, the old lady died today of a sudden heart attack by 03:00 am. She celebrated her 80th birthday anniversary barely a week ago.

May her soul rest in peace