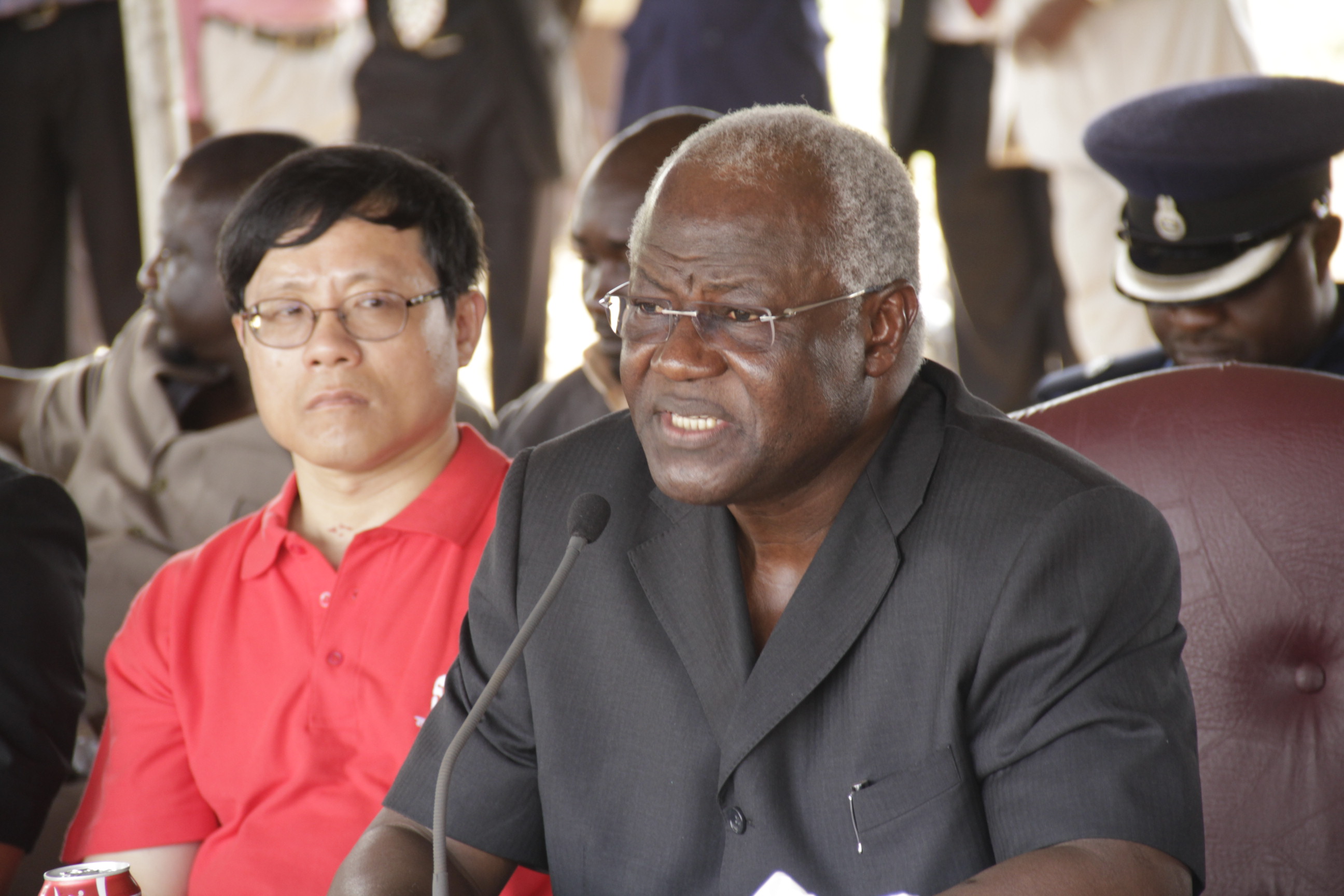 Freetown- The commencement ceremony of the China-aided road rehabilitation project and the construction of the Charlotte Hydro Power Project was marked by an official turning of the sod ceremony by President Dr. Ernest Bai Koroma and the Chinese Ambassador Kuang Weilin.

The road project, which has an estimated cost of 180 Chinese Yen (US$30M) is the largest undertaken by the Chinese Government in Sierra Leone and will take 25 months to complete.

President Koroma described the ceremony as a watershed in the country, particularly for the people of Regent, Bathurst, Charlotte, Grafton and environs. He noted that when he took over government in 2007, he prioritize the translation of his Manifesto into government policy in energy, road and infrastructural development, agriculture, health and education as well as enhancing good governance and making the country attractive to investors.

The president noted that the ceremony was a continuation of the rolling out of the Agenda for Change and confidently maintained that the government is making progress as only 5 Mega watts of electricity was inherited in 2007. “We all know where we are now in energy provision”, he said and added that, “We are not a government of workshops and consultancies, and ours is a government of tangible and visible development. Now that we are implementing projects, they are lamenting that they had the intention. But we’re a government of action not intentions.”

President Ernest Koroma reiterated his determination and commitment to the development and transformation of Sierra Leone, while adding that, “We are now providing leadership, courage and focus and nothing will distract us from actualizing the Agenda for Change.” He mentioned the Makali mini hydro project also ongoing and extolled the vision of past APC leaders like Siaka Steven, S.A.J. Pratt and others who had the foresight to develop Sierra Leone.

He promised to personally monitor and make unannounced visits to the two projects as they were not far away from his Hill Station Presidential Lodge. 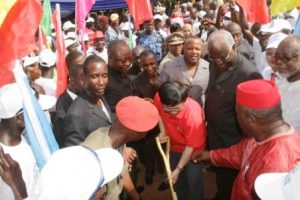 The Chinese Ambassador, Kuang Weilin, informed the mammoth crowd that the two projects demonstrate the level of cooperation in the over 40 years of cordial relations between the two countries. He observed that since his accreditation to Sierra Leone he had seen many infrastructural projects unfolding in the country and therefore congratulated President Koroma and his government for the good work. Ambassador Weilin noted that the country is on the right path as this was how China started the long road to development. He called on the contractors, China Railway Seventh Group (CRSG) to do the job with China speed, quality and efficiency and disclosed that there were more projects in the pipeline.

The Hon. Vice President, Alhaji Chief Samuel Sam Sumana and other public officials were in attendance.