Messeh Kamara will advocate for Sierra Leone at the United Nations 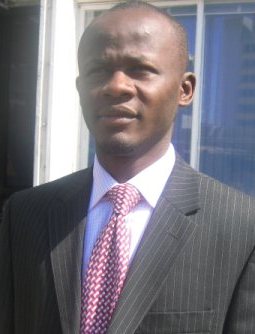 Sierra Leone’s emerging young leader, and founder of MESSEH INTERNATIONAL, Messeh Kamara, aged 25, has been invited by the President of the United Nations Economic and Social Council (ECOSOC) to contribute to the 2012 ECOSOC High-level Development Cooperation Forum, which will be held from 2 to 9 July 2012, at the United Nations Headquarters in New York.

Messeh will be accompanied to this meeting by Mr Mike Knowles, Chief Executive Officer of 3rd Way Commonwealth, based in the United Kingdom.

Messeh will seize the opportunity of his visit to the USA to conduct additional visits to international development organisations.

In New York, Messeh will meet the UN Secretary General, as well as the Special Representative of the Secretary General for Children and Armed Conflict, to mobilise support for his projects, to help Sierra Leone and other countries recovering from conflicts. These projects will create thousands of jobs for youth.

Messeh will share his thoughts on many things: his experience of the war as a child, his role in the Sierra Leone transitional justice process, his effort in implementing recommendations of the Sierra Leone Truth Commission, the power transitional justice have had in his life, what propelled him to establish his own humanitarian organisation (MESSEH  INTERNATIONAL),  his current work in providing jobs for young and marginalised people and help them walk their way out of poverty, and his proposals on incorporating sustainable development in transitional justice approaches for a sustainable peace.

Messeh will hail the "extraordinary journey" undertaken by the people and previous/current government of Sierra Leone, since the end of the war as an example of a ‘’success story’’ in peace building efforts.

Speaking ahead of the visit, Messeh said: ‘I hope that my visit to the United Nations will help secure tangible actions for development, and help me mobilise more support for my  projects in Sierra Leone and other countries’’.

In one of his most significant speeches, Messeh will say that distributive injustices, social, political, economic or cultural violations were the ‘’root causes of the conflict’’ in Sierra Leone. He will urge the International Community and the Sierra Leone government to incorporate sustainable development considerations in their scope as a means of ensuring sustainable peace is achieved. He will say long term post-conflict recovery strategy relies on promoting sustainable development, and paying due regard to social needs.

In a country where one third of the population is youth, recent political turmoil in Sierra Leone has put these youth at the forefront of the political and economic discourse.  Of this group, 70% are underemployed or unemployed and 50% illiterate and unskilled. There is visible unemployment, particularly among young men, who can be found in the streets of Freetown and other urban centres. Many of the pre-conflict conditions that helped fuel the youth’s participation in what was a brutal conflict (exclusion from family life, society, jobs and the decision making processes as well political exploitation) still exist today.

In his speech, Messeh will say that large numbers of unemployed youths are a potential source of insecurity given their vulnerability to recruitment into criminal and violent activities. To support true healing of war-affected populations, including youth formerly associated with armed groups, Messeh argues that transitional justice efforts must attend to the often lasting consequences of war in the post-conflict environment, with particular attention to a sustainable development agenda.

Messeh will advocate the need to adopt a broader view of transitional justice to meet the needs of war-affected families and communities, particularly young people.  There is an urgent need to make the necessary decisions now to realise our vision of sustainable development for a sustainable peace, provide green jobs for youth, improved wellbeing and protect our environment, without negatively impacting on the ability of future generations to do the same.

It is rash to underestimate the significance of what Messeh says in this forum, and what Messeh says at the UN has the potential to change Sierra Leone.  In recent years, the country has been rocked by political storms that could threaten Sierra Leone’s  post-conflict recover efforts.  How Messeh talks about these issues, at the UN and in other forums, is important for the development of the country.