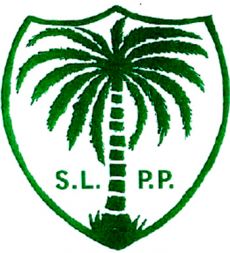 Freetown September 26, 2017: The attention of the National Secretariat of the Sierra Leone People’s Party (SLPP) has been drawn to an audio making the rounds on Social Media purportedly made by one Pastor Victor Ajisafe a renowned clergy of the Christian faith.

The Secretariat of the Sierra Leone People’s Party (SLPP) has listened and analyzed the audio material circulating on social media  widely believed to have been an extract from a sermon delivered by the said Pastor Victor Ajisafe with great dismay and distress, given the emerging trends in religious intolerance and its attendant carnage plaguing our globe. The content of the said audio has, no doubt, injured the feelings of Sierra Leoneans, Muslims, majority of Christians and Members of our party in the following terms:

The Sierra Leone People’s Party condemns this act of religious bigotry, incitement and inflammatory remarks made by the said pastor.

Gleaning from the above, the Sierra Leone People’s Party wishes to call on its membership and all Sierra Leoneans to remain calm while the appropriate Government authorities are urged to take steps to address this seeming enigma in the peaceful history of inter-faith relations in our beloved country.

Notwithstanding this note of caution, the Sierra Leone People’s Party reserves the right to reply to the sensitive political statement made against its former leader and Ex-President of the Republic of Sierra Leone from an official stand point.

We also call on the said Pastor Victor Ajasafe to withdraw these inflammatory statements and apologise to the people of Sierra Leone.

ONE COUNTRY ONE PEOPLE!