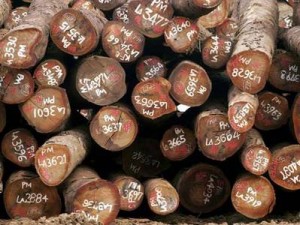 The fly that refuses sound advice will eventually end up with the coffin in the grave.

That is my counsel to those in the corridors of power who have ears; as our society strives to put in place, new democratic ethos and ensure accountability among those that grace leadership positions; irrespective of their political leanings. As the government’s advertorial in Time Magazine says, ‘riding on change’.

So, I am not quite sure whether to laugh, panic or express rage at the ‘Chinese whispers’ that there is now a concerted effort to allow the ‘Timbergate’ issue to disappear in the mist of time.

If that happens, are we not giving the nation to dogs and welcoming inexplicable anarchy by shameless ambassadors of their own pockets?” As far as I am concerned, accountability in our political development at this stage must begin to walk the main highway of morality and take a single form – transparency.

Because, when an influential figure is in the public eye, he or she is not only held to account largely by the media but also by voters who, even if principally bored with politics, keep half a watch on prominent individuals.

Although not the purest form of accountability, it is the only available one at present and in particular under our own brand of democratic setting. It explains why those at the helm of affairs are kept on their toes, while other powerful figures are allowed to get away with blue murder at least for now, because they are not especially or directly relevant. For example, since most people would struggle to name their member of parliament, scrutiny is not as intense as it should be and though they have the power of recall, the people cannot and do not utilise it.

So, unless the Attitudinal Behavioural Change agenda is a cynical attempt to cash in on the people’s extraordinary desire for anything different from what used to be, the now familiar ego-driven dictates of so many political and media figures must be exposed as a quack doctor’s diagnosis and the government must lift its foot off the windpipe of ‘Timbergate’ and other deeds that are hidden in the shadows.

Consequently, on behalf of all patriotic Sierra Leoneans who truly want to see our flawed governance, polity and society transformed, I passionately call on:

This has become imperative because, the issue to interested parties, might be mundane but to some of us and the outside world, it remains pivotal if we are indeed making a true attempt at building a new society with its foundation firmly based on integrity, equity, justice, transparency and accountability.   Our democracy is now on trial and the nation’s moral soul at stake.

Right now, the mood of the teeming masses regarding national governance has been largely non-salutary and justifiably cynical. So, transforming the perverted nature of our destructive democracy and vicious circle of sleaze by no longer waving a feather-duster at corruption will be a small loss to the few and a great gain to meritocracy and the much desired new beginning.

To clear the Tsunami of scandals now lapping around the ankles of the present administration, the Anti-Corruption Commission should stop toeing the path of infamy, do the decent thing and like it did with the ‘uncompromising’ Professor, come clean and tell the nation what it is up to.

Failure to do so, would amount to taking the entire citizenry for a bunch of suckers who continue to buy into a well-choreographed and orchestrated tune if the desires of blue-sky thinkers with brains detached from the reality, not only supersedes the yearning of the populace, but the Timbergate issue as well as a few other cases now lingering, are deliberately muddled like the Coke saga and the Afsatu Kabbah debacle; or left hanging with impunity.

Moral justice demands that those elected should be made to give account of their stewardship. A situation where politicians take the masses for a ride just has to be discouraged. Even though the masses are said to be vulnerable and gullible, they should not be taken for fools. They deserve some respect and consideration.

The clumsy application of a dubious graft code, despite four years of admirable projects, appears to be the weary, old prescription of yet another dose of outdated and irrelevant sugar-coated bitter pill. It is the reason why the whole Agenda for Change is being perceived as a car crash; simply because its proponents just can’t sell it to the public. It’s like a dodgy salesman trying to flog a second-hand motor to a wily mechanic.

Given the pathetic state of corruption in the public sector; the subsequent inefficiencies that it breeds and which has been negative for development, not only will sweeping the scandal under the carpet amount to PR calamity, it will leave a vacuum of neglect and disappointment behind.

The government at its inception challenged us all to change our attitudes for Sierra Leone to move forward. People looked up to them to chart a new course of hope but instead, it appears that beyond the indecent nature of that work now lies another crusade of “hypocrisy and criminal wrongdoing”.  Not just ordinary hypocrisy but hypocrisy on an epic scale.

President Koroma swore to run the nation as a business but I am quite sure that if the action of a member of his company was soiling the hard-earned reputation of the brand, his organisation will not sacrifice all that it has achieved for the sake of a single individual or a team.  Moralisers must not hold others to a higher standard than they are willing to go.

Independent assessment of the behaviours of our leaders is the only way of reviving trust in governance; but my fear is that it is the very dread of such a revival that makes much of the corridor of power, nervous.  If President Koroma is serious about his Agenda for Change, opportunities such as presented by Al-Jazeera should be encouraged as it is one of the few ways of doing it.  There is a disconcerting feeling about his silence which is eerily more hushed than a graveyard at night.

While I feel sorry for Vice President Sumana for being caught up in the whirlwind, the overriding factor is the public interest as the temperature of graft threatens to wipe us all out with its intensity. My belief is that the initial reaction and desperate attempt by the government and its megaphones to present the Al-Jazeera programme as an entrapment that allegedly used elaborate subterfuges, was a fallacy.

This is why along with those who care about Sierra Leone and the state of our governance; I will like to ask again: Are those named or seen in the documentary involved in any moral wrongdoing? Are they predisposed to commit such crimes? Are the facade and wholesome image being cultivated by those in authority a massive sham for the public to buy into?

Despite the cry for change, the curse of kleptomania has increased in temperature leading to the very soul of the nation finding solace only in the safe deposit of foreign benefactors and gold diggers; while the very same people who voted our politicians into power and from whom they will be seeking another endorsement, still groan under the tightening yoke of poverty.

Graft has rendered our poor society prostrate and unless we begin to apply aggressive treatment, this silent killer will finally snuff the life out of every aspects of our life as it lays its hands on everything from our value system and across generations, sex, age-groups, social strata, to businesses, economy, doctrine, religion and even tribal cohesion.

It is a pity that the monstrous development in our political theatre is a further indication of the level of arrogance of our so-called leaders.  But like I have pointed out before, by the time the present government blows the smoke from its blazing guns, it will realise that its fluttering through the coded thickets of several scandals and the hand-wringing tendency in the dim outline of relatively few achievements has made it not to appreciate, even at a distance, the cumulative damage being done to its legacy.

If the present administration therefore continues to embark on its policy of selective application to the treatment of this tumour, it should realise that it is only laying a landmine for impunity.  There is no need claiming to have the toughest anti-corruption laws in Africa, if when faced with the ultimate test, we fail as a government and a nation.

Obviously the first symptom of desperation is normally a simple refusal to listen to the other side of the argument, especially when being told that there is no value to what’s on offer for consumption.  This then develops, when the condition becomes chronic, to blatant editing, twisting and indeed, conjuring statistics to suit argument or being totally deluded into believing that things will naturally die out.

Soon its government by factoid – presenting things that look like facts, sound like facts, but on close analysis are nothing of the sort.  Sadly, unless we want to be deceitful, the present administration is clearly now in the thrall of such a disposition with its tendency to believe its own rhetoric and the puerile submissions of egomaniacs.

The evidence?  The growing inaccuracies repeated over and again as the government clings to old notions of grandeur, flawed analysis of the people’s mood and completely misleading conclusions of national perception and desires.

I am using this forum to challenge our political trustees, elected to represent our opinions, perspectives and interests and to lead us to a nation of our dreams, to start doing the right thing from now on.  We have lived in the worst of political times. We are not willing to continue to go down the blind alley where they carry out their nefarious desires at our expense.

Their election in 2007 was the beginning of the change that we so much crave as a people. That is why they were entrusted with all the power and position to make decisions that will benefit the nation and solve the country’s complex socio-political problems; no matter whose ox is gored.

Heading at almost full speed does not mean the destination will be reached and the true transfer of power from state to citizen will prove illusory and leave most citizens even more powerless, if agents of change are themselves deep in hanky pankies.

So, in our quest to build a Sierra Leone where the new generation and our children and grandchildren will not be the burden bearers of inept leadership and where we can shape our individual and collective destinies through hard work, personal responsibility, integrity, patriotism, and optimism, is the very ridiculously simple but symbolic submission to the fact that our leaders are our servants not our bosses.

We no longer want leaders who will flaunt their mansions while the people live in shanties and those who will use the country’s wealth for the enslavement of the very people who own the resources.

The government must show its commitment to true democratic ideals and transparency.