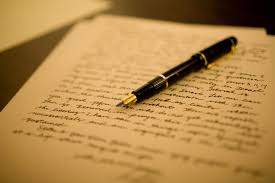 Compatriots, following the chequered history of our nation, especially in the last two decades and after passion has ebbed and reason emerged as explanations for our ugly history, it is my belief that the sooner we face the fact that we have no cojones as a people, and rise up collectively to do something about it, the sooner our salvation in Sierra Leone.

We cannot continue to constantly put the cart before the horse and expect a transformation of our society. It will amount to a curious paradox. We just have to end the melody of political deception and sing a brand new tune in our collective interests. How long do we want to continue to prop up a system that is no longer fit for purpose and which is abused at will to the detriment of the people and simply bastardised for the whims of a few?

The reality right now, is that politically, socially and economically, we have been systematically and greatly impoverished. Mentally and intellectually, the generality of the people have been steadily conquered and deliberately kept ‘uneducated’, especially every time the nation is on the cusp of winning its battle against ethnic and parochial sentiments as well as narrow mindedness and begins to move towards nationalism and patriotism.

This lack of patriotic valour is why the champagne in the APC/government’s flute has a new sparkle following the first round of victory at the Supreme Court, on the interlocutory injunction in the on-going constitutional case.

It is a taste of democracy, albeit our own crude version, which has now put a spring in the step of those whose belief is that the great dark clouds that had lowered for years, over the party’s inner hybrid of core members, has suddenly lifted with their deft moves of slapping us and smiling in understandable jest and outlandish impunity.

But to discerning minds, the files of the case were already sitting vertical on the shelf of history from the moment the chain of events were set in motion. Which is why, by the dawn of the court pronouncement, a benign sun was already beaming within the APC and there was a new spring in the yummy-yummy steps of the handful of political engineers that designed the new prototype of ‘night-of-the-many-daggers’.

However, the not-unexpected muted reaction to the Supreme Court’s ruling, bordering on derision, is an indication of the increasing public’s perception of the stucco façade on display right now, which portrays grubby party interest as national concern. It reflects a widespread discontentment among the generality of the people to the on-going tales by the moonlight.

It is a pity that the nastiness that has come out of the woodwork has also not only eroded other frameworks of our society; but it has become the portrait of a system in which bribery, debauchery, greed, petty political vendetta and brawling, is undisguised.

Let’s hope the moral compass of those judges who came up with the ruling, was set by the suffering of a nation whose political heart is not only in the dumps; but whose political idealism and public interests are also not being reconciled to social facts and realities. Anyway, let’s wait for the final outcome of the substantive matter.

Meanwhile, irrespective of the legal bravado of those who made the ruling and the end result of the choreographed game-of-thrones, right-thinking Sierra Leoneans have long-concluded that the whole process is a judicial exercise in grotesque political hypocrisy considering that the erstwhile vice-president has virtually been a caricature of a legitimate office holder since 2012.

Similarly, the incumbent plastic holder is nothing but an unelected ‘impostor’ foisted on the nation and whose position, if at all there is a compelling need for it to be filled, as claimed by the learned robes, could have been temporarily occupied in an acting capacity, by any of those currently strutting the corridors of power and whose credentials, rightly or wrongly, have been vetted by our elected representatives in the legislature.

Apart from core Sam Sumana loyalists, I am yet to come across those who are remotely campaigning for his return, on the basis of who he is rather than for the constitutional and democratic implications of the whole sorry saga.

True, some might be hiding under that banner by sheathing their loathing of the present administration, to cry more than the bereaved; but in general, what has riled the sanity of the generality of the people, is the impunity from the fickle realm of the political empire of power-wielders and their ‘me-me-me and me’ manual of leadership.

What is further troubling is the increasing barometer of praise singers, hangers-on and fifth columnists who help to promote the vanity project of ‘you-alone-are-mighty’ and the ‘god-complex’ of those meant to be custodians of the tenets and pillars of our democratic and social foundations.

These narcisstic, facile and deceitful group of political vampires, with ulterior motives, personal and inordinate ambitions, seem to have forgotten the fact that their utopian trade-off of a new society, designed and controlled by them, is an illusion, ab initio.

Small minds who continue to see the constitutional crisis as a battle cry for Sam Sumana, or the equally unpersuasive opposition SLPP, can be pardoned for not catching the big picture of a needed change in the political agenda as a result of the several manifestations of dysfunction in the polity.

Despite great hope that there will be positive change, the political environment remains largely un-conducive for well-meaning politicians and leaders to operate optimally.

Yet, men with good character, reputation, and integrity abound in our country. Men who are ready to receive little to render good service. Individuals who are people and not pocket-driven and who have the elixir to an ailing nation.

The case for the continuation of the status quo is now therefore wafer thin. It needs to and must be erased into history for the benefit of the majority and the future of the nation.

Those who refuse to put the past and the present in proper perspective will surely lose the future. John F. Kennedy said: “Let us not seek to fix the blame for the past; let us accept our own responsibility for the future.”

That future entails our drawing the curtains on the whirlwind drama, the regular turbulence of a gigantic force of nature and the erratic and unrestrained manner of our political development, to date.

The reign of impunity that has continuously characterised the current disastrous system has availed all manners of individuals and charlatans pretending to be patriotic political elites, the unhindered momentum to play out their fantasies to the detriment of decency; even when such swirl continue to make the citizens squirm and is nothing but ideological whim and yearnings of a yahoo mentality.

A situation, where the system continues to allow the political class to continue to see the rest of the nation as highly docile and which ensures that the other tiers of the democratic structure and the generality of the people, cannot be liberated from their slumber, to play their rightful roles in the scheme of things, cannot be in the overall interest or the future of the country.

It is even more painful when one realises that some of our calamities are made to bear on us, simply by sheer wickedness, the uncommon audacity of control freaks and sometimes the machinations of proponents who turn out to be enemies of change.

In their drunken stupor they fail to realise the ephemeral and delicate nature of power and politics. Their action underscores the absence of philosophical discernment and poise and tends to underscore their disgust of constitutional legitimacy and the yearnings of the people, who actually wield the instruments of power and the mandate for change.

Another issue that particularly bothers me is the propensity of our politicians to set the country on the edge each time they realise that the people are becoming too jittery as a result of their unchanging plight.

The level of rot and decadence in which Sierra Leone finds itself, demands that we tackle issues of impunity, administrative rascality; and the greed of those we put in positions of responsibility, very seriously.

We should use this seemingly last opportunity to rewrite our awful history and banish corruption and hopelessness from our land. There is still hope buried somewhere in the midst of the silent majority. All we need to do is to pull down the mask of pessimism; let go of our total resignation to the continued social and political oppression on offer and unite to force a recourse to the path of sanity.

Some of us are becoming too disgruntled in our contrived disposition towards nation building. But rebuilding Sierra Leone can only start from you and me; as our politicians have proved quite incapable of doing so at their own expense.

We need men and women of influence, goodwill and great conscience, not to just fold their arms today and assume that this cup of political injustice to our national psyche, shall pass over us without concerted efforts.

If the leadership is right, and the institution is strong, progress is possible.

Joyfully, by a combination of bizarre events and the self-destruct button of the political class, we can now feel the collective consciousness and optimism of a new nation building in the people; and their implicit desire for us to develop and achieve our full potential, through an effective mechanism that truly works and is supreme.

It’s indeed a moment for sober reflection and socio-political consciousness about the need for good governance and political tolerance. Let’s grasp the political nettle.

Meanwhile, a message to Sam Sumana – if you are going to go down with a sinking cruise liner, it will be best to do so in the first class cabin, if you know what I mean.