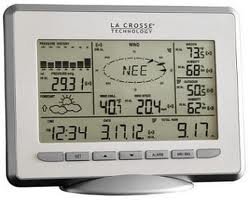 According to a UNDP statement, Sierra Leone’s Meteorological Department (SLMD) has installed the final set of six state of the art Automatic Weather Stations (AWS) at the Lungi International Airport, Freetown over the weekend with support from UNDP and UNEP.

The other weather stations have already been installed at Fourah Bay College campus in Freetown as well as in Kabala and Rokupr in Northern Sierra Leone and Njala and Kenema in the South and East of the country respectively.

UK Met Office (UKMO) staff who have been in the country for two weeks, trained Sierra Leone’s Met Office technicians, who then installed the equipment themselves so that when the UK experts leave the Sierra Leonean technicians will be able to maintain the current equipment.

Permanent Secretary in the Ministry of Transport and Aviation, Mr. Sahr Kpulun, said at a short handing over ceremony that: “We are delighted that this installation happened with the cooperation of UNDP, the UK Met Office and the Government of Sierra Leone all coming together to achieve such an important result.”

Mr. Kpulun added that the equipment will help Sierra Leone in diverse ways including the agricultural and transport sectors as well as provide vital information to mitigate natural disasters in the country.

UNDP’s Chief Technical Adviser and Head of Recovery for Development Unit said that this is part of the long term support to strengthening the capacity of the Government of Sierra Leone on the provision of services that are very important to the country.

Keith Wright added that the data that will be generated by the brand new equipment, will be beneficial immensely to the country and the people. He said: “The data will be useful for everybody. For farmers because it will help them know when the rains are coming, how heavy the rains will be and when to start planting and or harvesting. Information will also be vital for fishermen. They will be able to tell whether it’s going to be rough weather or too stormy to venture into the sea…”

Senior Met Officer in the UK Met Office, Gavin Iley said that they were delighted to support the Sierra Leone Met Department and the people of Sierra Leone and that those in agriculture and transport will especially find it very beneficial. He added “We insisted that we train the Sierra Leonean Met technicians to do the installations themselves rather than us doing it, for the simple reason that if they can install it, then they will be able to provide maintenance in the long term.

Iley said: “I hope this project and the work started here is the beginning of a long journey and the UK Met Office is willing to be with you in that journey.”

Accurate and timely weather information is taken for granted in much of the world, but it is almost entirely absent in Sierra Leone as much of the country’s meteorological infrastructure was lost during the decade-long civil war.