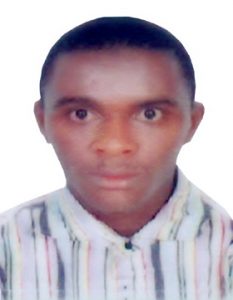 It profoundly saddens to announce the sudden and premature death of Mohamed Ali Jalloh, younger brother of Sierra Leone Press Attaché to the Kingdom of Saudi Arabia, Alhaji M.B. Jalloh.

Mohamed Ali, 22, unusually disappeared from his elder brother’s home after Ramadan ‘Tarawih’ prayers some three weeks ago without leaving a clue as to where he might have gone. Due to this painful reality, relentless and frantic efforts were exerted by all quarters of the Sierra Leone community and other communities in Riyadh in an aim to locate him.

Few hours after his disappearance on the night of 5th August, 2012, an official report was made to the Saudi Police and all concerned authorities. To leave no stone unturned, a trip was even taken recently by his brother and other concerned citizens of Sierra Leone to Taif, Makkah and Madinah, primarily to search for the disappeared young man, but he was not found.

However, all the above efforts did not make much of a difference until Sunday, 26th August, 2012, when it was painfully learnt that Mohamed Ali Jalloh had been killed in a gruesome and fatal road accident on the very day he got missing at home.

Being fully aware of his penchant and ambition to recite and comprehend the Holy Qur’an, our Press Attaché, brought his younger brother to Saudi Arabia a year ago so that he would pursue and realize the goal that he cherished the most.

Who is Mohamed Ali Jalloh?

Mohamed Ali can only be characterized as one of the most promising and most conscientious sons of Sierra Leone who landed in this holy land of Saudi Arabia with the sole aim to excel in their pursuit of better understanding of the Islamic teachings and mastering the recitation of the Holy Qur’an in a flawless manner.

Immediately after his arrival in Riyadh, Mohamed Ali got enrolled in the Qur’anic memorization schools and got totally dedicated to achieving his goal.  In so short a period, he began to prove his mettles. And because of his outstanding performance, he was chosen by his learned teachers to take part in a number of Qur’anic recitation competitions locally organized by Qur’anic memorization centers. And to the total dismay and surprise of native Saudis, Mohamed Ali would many a time excelled and was declared the winner. Shortly before Ramadan, he took part in a huge Qur’anic competition that comprised of more than two hundreds competitors. Again, he was declared the Number One Best Qur’anic Reciter of that competition and was given an award.

Mohamed Ali has raised the Sierra Leone flag high on a number of such occasions through his brilliant performances and good conduct. He has been invariably appreciated by his teachers, his colleagues and by all those who knew him closely. He undoubtedly deserves all the accolades of a great man who served Islam and contributed in making his country known with pride in both local and international arenas.  Here is a young man whose outstanding performance made him feature on Saudi and other Arab televisions on a number of occasions. Thus, his sudden demise is deemed a huge loss to the nation.

Since his death was announced, a number of high profile home dignitaries in the persons of the Vice President, Alhaji Sam Sumana, Minister of Information and Communications, Ibrahim Ben Kargbo who also doubles as the official Government Spokesman, Paul Kamara, Minister of Youths, Employment and Sports, Ambassadors, Civil Society members, senior media gurus and many others have called the information Attaché to express their profound sympathy as regards the premature death of his brother.

Locally, Sierra Leoneans have been visiting the home of the Press Attaché without outpouring emotions to express their heartfelt sympathy and to stand by him in these trying times. This solidarity and unique display of brother has been manifested in a very touching manner.  According to a former President of the Sierra Leone Nationals’ Union, Unisa Kanu, the Press Attache “deserves it all”.

Hear him: “You can only characterize Mr. Jalloh as the Man of the People who is highly loved and appreciated by all ranks in the Sierra Leone community and other communities in Riyadh as well.”

Meanwhile, the Embassy and the Sierra Leone community are planning to honour Mohamed Ali Jalloh with a funeral ceremony befitting his status.

The author is the first President of the Sierra Leone Nationals’ Union in the Kingdom of Saudi Arabia and currently lecturing at the King Saud University.