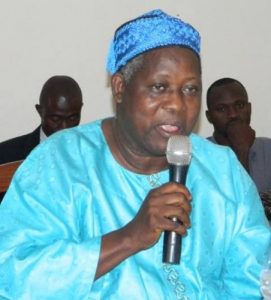 
The Chair of the Premier League Board of Directors, Joseph Samba Kaifala, said the Sierra Leone Premier League will start on the 22 of September… after years of inactivity, in-fighting, corruption allegations, ups and downs.

The Board Chair said, “Football must be played and games must go on as the youth of this nation have been deprived from playing the game of football for the past four years.”

During the recent board meeting, it was agreed that the game must play and the Board will try to solve the differences within the factions including the Football Association Executive.

According to Chair Kaifala, for the past four years the game was not playing but during that time such administrative and supervisory bodies were in place. He said, “We are going to use such bodies and as we go along, we can adjust.”

One of the members of the stakeholder group, Noel, said the chair of the Premier League Board is treating us and the FA President and the Executive with no respect. He threatened, “You want us to play… that will not be possible.” He said they are going to organize their own league at the Regional, District and National level.

Noel continued, “If they want us to play, let them take us to congress and form the necessary bodies. When these bodies are in place, we can now play the game.”

The Secretary General of FC Kallon, Alhaji Komba, said for the Board Chair to mentioned that Bo Rangers is going to play… that is not true. He stated that he was disappointed with the Board Chair because to be acting President of the Football Association coming down so low as Premier League Board Chair is a big blow to him.

Share this on WhatsApp
About CEN 714 Articles
Critique Echo Newspaper is a major source of news and objective analyses about governance, democracy and human-right. Edited and published in Kenema city, eastern Sierra Leone, the outlet is generally referred to as a level plying ground for the youths, women and children.

When a crowd of youths attempted to thwart the government’s efforts to relocate a generator from Makeni to the neighbouring Portloko District, it ended in an avoidable loss of lives [Read more]

When President Bio took over from his predecessor Ernest Bai Koroma, he stated in a televised speech  that “Corruption is at a level that can destroy this nation “and that [Read more]

Corruption has always been and will continue to be a permanent universal feature in our lives. In Sierra Leone, irrespective of one’s political affiliation, we all agree that corruption is [Read more]

If social media is anything to go by, the SLPP is well and truly wallowing in a sea of corruption allegations. Considering that the fight against corruption was, and has [Read more]