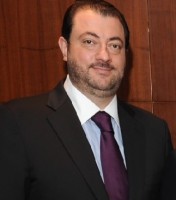 Is Having Bahige Annan, a Syrian, Serving as Consul General for Sierra Leone in the UAE in the Best Interest of Sierra Leone?

Like most Sierra Leoneans, I was greatly baffled on learning that a Syrian, not a Sierra Leonean, is serving as Sierra Leone's Consul General in Dubai. The question is, of what significance is a Syrian that he is to be considered for such an important and strategic position? Are there no Sierra Leonean citizens qualified enough to perform this task?  If Mr. Annan has done anyone a service, I am pretty certain that there are ways to pay him back instead of risking the good name of the country.

As the whistle blower mentioned earlier, Mr. Bahige can be one thing on the surface, while deep down, he is something else. It is unthinkable to have someone from such background as Mr. Bahige going around the world with a diplomatic passport bearing the emblem of Sierra Leone. I am therefore hoping with all hopes that the powers that be will do all they can to put this Bahige issue to rest as soon as possible.

Besides, one of the functions of a Consul General is to seek the welfare of his/her citizens. Failure to do this renders you impotent, so to say. If Mr. Bahige is as agreed upon by all Sierra Leonean citizens in the UAE a selfish, pompous, saucy, caustic, raucous, and good for nothing Syrian who cares less about the welfare of Sierra Leonean citizens, then why continue to have him as Consul General?  Having lived with his kinds for so long, I am sure he has it in mind that he is far superior to the very people he is supposed to be serving.  At the moment, it should be the other way around.

If Mr. Bahige is carrying a passport, he should be thankful that he has one, not to say a diplomatic one. Unlike the previous writers’ opinion on Mr. Bahige Annan, I do not believe that the powers that be should go through the arduous task of scrutinizing him. Blatantly put, the duty of a Consul General is one that can only be performed by a bona fide citizen of a country. As concerned citizens, must we then stop short of saying that Mr. Annan's appointment trespasses international norms? Should this continue, it will raise a lot of eye brows. Mr. Annan must be conspicuously conscious that he is dressed in stolen robes that the rightful owners will strip him of.

I have learned that Mr. Annan after reading some articles on him written by some concerned Sierra Leoneans, he is going around Dubai bragging that they just wasted their time in writing about him. Knowing his type, I believe he will say this. One thing good about people from Mr. Annan's background (with all due respect to them) is that they keep no secret. Annan, according to sources in his Dubai office, does not even want to interact with Sierra Leoneans residing in the UAE because he feels superior to them and he is certain that he is unshakable.The problem I see here is that people appointed to such important posts must serve the interest of the nation, and not that of a particular group of individuals. Having gone around the world, I can attest to one fact, and that is an African who visits a Syrian embassy is always regarded with suspicion and treated with disdain.

I have been a victim of this before. That is why I can never bring myself to understand why this Syrian was appointed. Let me also hasten to make it very clear that I am not in way interested in Mr. Annan’s job. I am gainfully employed here in the Gulf. I don’t need any political appointment for now. I worked in Russia and lectured in one of the prestigious colleges in Houston, America before I came to this part of the world. My next plan is to return home and give back to my people what is due to them by way of nation building. I think with Sierra Leone having a visionary and result-oriented leader, I have no doubt; my plans to help my country will go through.

Another thing I learned from one of the articles I read on Mr. Bahige Annan is that he is a close friend of Mr. Alpha Siray Timbo, the Sierra Leone ambassador-designate to the UAE. If this is so, then it becomes a conflict of interest. Anyway, if the citizens of a country must be the priority of every government, why employ an outsider therefore while your very citizens remain unemployed going around with empty stomachs. What is forgotten is that hungry people, if not angry now, will soon learn to be. Let's learn from the lessons of 1789.

To conclude my short article, I am with all respects reiterating my honorable request for the powers that be in Sierra Leone to use their good offices in correcting the error of appointing Mr. Bahige, a Syrian national, as Consul General to the UAE. Errors do occur, and if they do, but are corrected instantly, then sleeping dogs can lie. Besides, Sierra Leone is a democratic state and democracy comes with leaders accepting their shortcomings and listening to the people that voted them to power.

There are a lot of qualified Sierra Leoneans walking the streets of Freetown without jobs. Get one of them to occupy Mr. Bahige's position. That will be minus one unemployed, and one happy family.