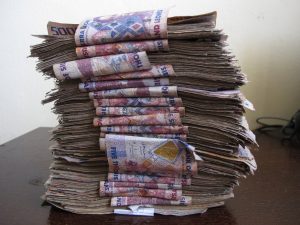 An IMF mission led by John Wakeman-Linn was in Freetown last week – 29th September 2017, to conduct its first review of Sierra Leone’s economic performance following its decision in June 2017 to approve a US$224.2 million loan made to the government.

The Koroma government needs the IMF loan so as to meet its financial obligations, such as payment of public workers’ salaries as well as public contractors. Many teachers have not been paid in the last three months as the government runs out of cash.

With five months to go before general and presidential elections are held in Sierra Leone, there are unofficial reports that the government’s Commercial Bank and the Rokel Bank are both in serious financial trouble, and are facing collapse.

Reports say that ruling party politicians have borrowed Billions of Leones from cash deposited into these two state owned banks, and are refusing to pay back the loans. Both Banks are believed to have been brought under the control of the country’s Central Bank.

Government ministers and politicians are said to owe the two Banks a whopping 100 Billion Leones, with one minister owing the Rokel Bank 16 Billion Leones. A senior Road Maintenance Department official is also believed to owe about 30 Billion Leones.

Critics of the Koroma government say that the country is bankrupt because of poor management, corruption, and lack of good leadership. The government received US$54.3 million six months ago from the IMF, and is expected to receive another tranche any time soon, subject to the satisfactory outcome of its review carried out last week.

The US$224.2 million loan approved by the IMF four months ago was made with the understanding that there is a brighter economic prospect ahead.

But last week’s performance review report published by the IMF, makes for grim reading. It says that: “Sierra Leone’s economic growth is estimated to slow down to 5.6 percent in 2017, from 6.3 percent in 2016, mainly on account of reduced activities in the non-mining sector, whilst inflation rose to 18 percent in August.”

But this is in sharp contrast to the encouraging prospect reported by the IMF just four months ago, when it said that: “Economic growth is expected to reach 7 percent in the medium-term, and that  inflation is expected to fall to 12 percent by the end of 2017, further declining to 9.5 percent in 2018 and narrowing by about 0.5 percent each year thereafter.”

As inflation continues to rise significantly to 18%, the IMF may be concerned that this is contrary to what it said four months ago, which is that: “Monetary policy in the medium-term will aim at containing inflation below 10 percent.” The Koroma government is failing to keep the economy under tight control.

On the burning issue of government’s spending and its ability to generate revenue, the IMF last week expressed deep concern. It says that: “The government’s budget for 2017 will need to address lower than budgeted revenue, and a shortfall in donor receipts. The current account deficit is expected to widen to 21.5 percent of GDP.”

This means that further pressure will be added on to an already depressed economy, as money supply becomes even more tighter in the country, thus driving up inflation even further as elections approach.

But the IMF was expecting better performance four months ago, when it said that the loan facility is aimed at supporting policies targeted at reducing inflation and to significantly increase domestic revenues, including the elimination of numerous tax and duty exemptions, while increasing infrastructure spending and bolstering the social safety net.

By granting the Koroma government this loan facility, the IMF is hoping that it will unlock other external support. But donor funds are declining fast, despite the IMF’s optimistic expectations in June 2017 that “the loan arrangement will provide the framework for structural progress on revenue mobilization, public financial management and financial sector reforms, as well as increased reserves”.

The Koroma government was told four months ago by the IMF that the immediate policy challenge is to re-establish fiscal discipline, increase foreign exchange reserves, and bring the economy back to a path of high growth levels, social progress and macroeconomic stability. 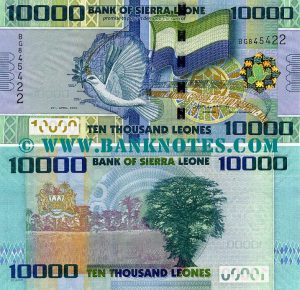 The IMF said back then – June 2017, that the loan facility “will provide the necessary financing space to fund critical spending. It will contribute to poverty reduction, mainly by expanding the social safety net to provide relief to vulnerable segments of society that may be impacted by the new policies. The program will also support a medium-term structural reforms framework, most critically in domestic revenue mobilization, public financial management and financial sector reform”.

But the IMF did expect rough ride ahead, when it said in June 2017 that: “The fiscal stance envisions gradual tightening in the medium-term to 2.4 percent domestic primary balance by the end of the program, from a projected 4 percent.”

And very little has changed in the last four months since the IMF’s previous visit. If anything, the government’s economic performance is worsening. At the conclusion of their visit last week, Mr. Wakeman-Linn of the IMF said:

“Going forward, mitigating the impact of floods and mudslides which occurred in Freetown in mid-August and resulted in the death of hundreds of people and displacement of thousands will be a major focus of government policy.

“Progress has been made in discussions on the first review. All but one end-June 2017 quantitative performance criteria were met. The mission and authorities reached a common understanding of the challenges and risks associated with macroeconomic performance in the rest of 2017 and have made some progress in discussions on how to address those challenges. Discussions aimed at completing the review will continue in the coming weeks, including during the upcoming Annual Meetings of the IMF and World Bank.”

But amid this veiled optimism, one thing is certain – overseas aid and donor funds for Sierra Leone have been cut massively and are shrink fast, as elections approach. This is reminiscent of what took place in 2007, when the incumbent SLPP government lost the trust and confidence of the international community due to corruption.