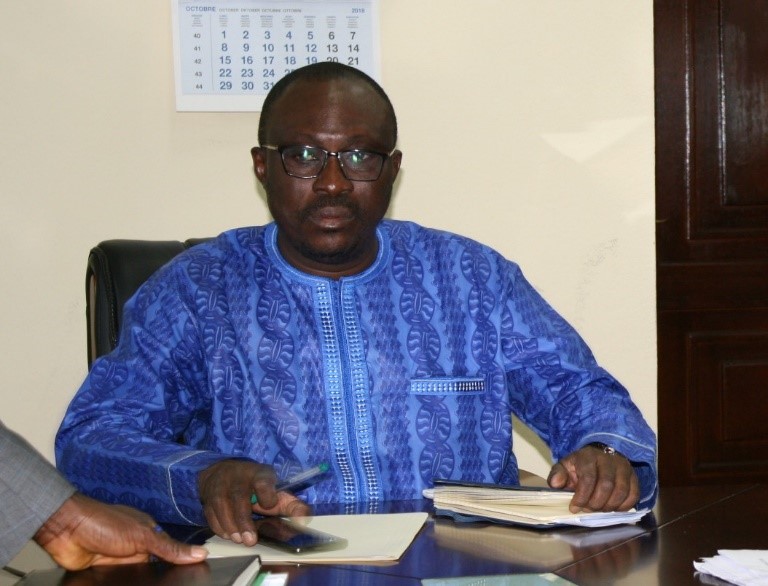 Sierra Leone’s Minister of Finance – Jacob Jusu Saffa is today fighting to keep his job, as pressure mounts on president Julius Maada Bio to transfer him to another ministerial role, following increasing calls for his sacking.

Saffa is accused of incompetence and failing to turn the economy around as promised over sixteen months ago, during election campaign.

Opposition parties and critics say that Saffa cheated his way to the top job as finance minister, by pretending on radio and television on many occasions to have the answers to Sierra Leone’s economic problems.

The APC government of former president Koroma lost elections held last year, after the opposition SLPP launched a massive publicity campaign – led by JJ Saffa, against the credibility and poor stewardship of the APC government.

Saffa accused the Koroma-led APC government of incompetence and negligence in failing to address what he referred to as “bread and butter issues” affecting the people of Sierra Leone.

But today, Saffa himself is now facing similar accusations, as critics call for his dismissal as finance minister.

here is no doubting the fact that the Bio-led SLPP government inherited an economy that was almost bankrupt. But it is now more than sixteen months since SLPP came to office, and the people of Sierra Leone are getting impatient to see an improvement in their standard of living.

When SLPP won the elections in March 2018, inflation was about 17%. Since then, prices of basic goods and services have gone up by almost 3%, as most Sierra Leoneans struggle to cope with the rising costs of living.

The value of the Leone has fallen by about 20% since March 2018. The country’s over-reliance on the mining industry for its export revenue continues to take its toll. Gross domestic product (GDP) remains low at about 3%.

The government’s latest decision to review all mining contracts is likely to lead to many companies losing their licence. This could result in further decline in government revenue – at least in the short to medium term.

The continuing failure of the minister of finance to restructure and diversity the economy, is certainly destroying every chance of an economic recovery anytime soon.

Much needed investments in the fishing, tourism and agriculture sectors that should create employment for hundreds of thousands of people, widen the country’s taxation base, and boost government revenue, are yet to be made.

When president Bio took office over sixteen months ago, he announced key measures to curb what he referred to as financial leakages across government. But there have been serious failings by the ministry of finance in enforcing those measures.

Rather than think outside of the box and implement innovative strategies that will turn the economy around, the finance minister is instead being accused of becoming an IMF Project Manager, overseeing conditionalities imposed by the IMF.

In response to these criticisms and calls for the sacking of the finance minister, today the editor of the Global Times newspaper and a strong supporter of the SLPP government – Sorie Fofana, who himself was last year appointed chairman of the country’s Cable Company (SALCAB), has written in defence of the finance minister.

This is what he said:

“After he was declared winner of the March 31st 2018 run-off elections, Julius Maada Bio appointed one of his trusted political allies, Jacob Jusu Saffa as Finance Minister. Before the announcement of the first set of Cabinet Ministers, speculations were rife that Jacob Jusu Saffa was to be appointed as Chief of Staff at State House because of the spectacular role he played in the election of President Bio first as flag bearer and later as President.

“J J Saffa inherited a difficult portfolio, which he has managed, with determination to turn around. Under his watch, the Free Quality Education initiative (President Bio’s flagship program) is being implemented. Salaries are being paid on time. No more overdrafts borrowing to pay salaries. Road contractors are being paid. The Gratuity and End of Service Benefits for former President, Vice President, Cabinet Ministers and Diplomats have been paid, or at least 50% of it has been paid. It has to be said that the economy is not as rosy as he would have wanted it to be.

“These are difficult times! Business people are grumbling about the introduction of a raft of new taxes. The tax burden is killing small businesses. There are fewer imports of goods now than there was before April 2018.

“Let us, as a nation, be patient, as the President and his team work tirelessly to address the bread and butter issues that some of our compatriots complain about.

“One local newspaper yesterday called for the Minister of Finance, the Governor of the Bank of Sierra Leone and the Financial Secretary to be sacked. The question must be asked: Will sacking them now change anything? In several European countries, Finance Ministers are hardly sacked. They normally resign. Only people who believe in the President or Prime Minister’s agenda are normally appointed Finance Ministers.

“The SLPP Government inherited a huge debt burden. Presently, 60 to 70% of domestic revenue generated by this government is used for debt servicing, arrears payments and payment of wages and salaries. Only 30 to 40% is used for funding other recurrent and capital projects. To date, mining of Iron Ore is yet to fully resume. Besides, the US Dollar continues to appreciate globally.

“It has to be stated that most of these arrears were left behind by the APC administration of President Ernest Bai Koroma. This messy situation is what JJ Saffa inherited from the APC administration when he was appointed Minister of Finance. With a team of dedicated men and women in the Ministry of Finance, JJ Saffa has done his best to consistently fund the implementation of the Free Quality Education and to ensure the consistent delivery of social services.