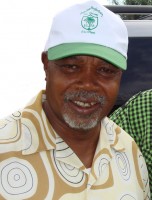 Some executive members and supporters of the main opposition Sierra Leone Peoples Party (SLPP) have asked the Chairman and Leader, Chief Sheborah Sumanoh Kapen, and Secretary-General, Sulaiman Bajan Tejan-Sie, to step down for what they referred to as ‘unconstitutional behaviour’.

The petitioners allege that the two officials are not working in the interest of the SLPP, but rather promoting their selfish gains, a development that has created more division within the already fragmented opposition party.

The aggrieved members claim that Chief Karpen and Tejan–Sie are bent on willy-nilly removing executive members at both district and regional levels without the approval of the National Executive, nothing that that line of action is both unconstitutional and untimely, as it comes at a time when the party is trying to reconcile its members.

In an exclusive interview with this reporter, Deputy Chairman, Dr. Prince Alex Harden, said that at meeting on Saturday (14 June), attended by party executives, members of the grassroots and students from various tertiary institutions across the country, it was unanimously agreed that the two senior executives have failed to propagate the party’s ideologies, thus undermining the party’ ability to serve as a credible opposition in the country.

He said SLPP has failed to oppose the ruling APC despite the dire economic situation in the country, adding that Chief Karpen has never opposed the ruling party.

Dr. Harding said they have enough evidence to prove that the Chairman is working closely with the APC foster discord among SLPP members, and that such act by a very senior executive warrants an impeachment.

“The Chairman and our Secretary-General are undermining the operations of SLPP. They have not only brought the party into disrupt, but rather created disunity among party members especially in the north and eastern provinces; only recently the Secretary-General and the Chairman wrote a letter to the seating executive in the east and northern regions to hand over power to an illegally constituted body without reference to all of us as executive members.

“They have brought the party into disrupt and members in these regions are at each other’s throat, this calls for an impeachment. This decision is against a decision made by the National Executive Council (NEC) which is the administrative organ and secondly the highest decision making body of the SLPP,” said Dr. Harding, adding that to avoid complete disintegration within the party stakeholders have thought it fit to ask Chief Kapen and Mr. Tejan-Sie to step down.

He also accused the chairman of not convening regular meetings, but instead attending meetings organized by the ruling APC.

“It is appalling to note that Karpen is allowing the Political Parties Registration Commission and the Inspector General of Police to meddle into the internal affairs of the SLPP. We will not allow few people to hold on SLPP, that is why we are asking them out. This singular act has brought conflict within the party especially in the east and northern regions, this is the last stroke and the party can take that no more,” he concluded.

However, Chief Kapen told our reporter that any decision which contravenes the party’s constitution will be illegal.

He said the party has structures, but few people want to disrupt the gains that have been made over the past few months in restoring unity and mutual respect among members and supporters.

He said that if the party were to win the 2018 elections it was imperative that they reach out to aggrieved members and iron out their differences.

“I am not aware of my suspension; I was only called by a strong member of the party that he heard from a radio station about my impeachment. However, the constitution is very clear about the roles and responsibilities of the chairman and how he is being removed from office. I am still the party chairman and I will continue to negotiate for peace because I believe that SLPP is the only way out provided we are united,” he concluded.

Chief Karpen was elected Chairman and Leader of SLPP in August 2013 at the party’s National Delegates Conference in the southern city of Bo.

His election is however being challenged in the Supreme Court by Ambassador Alie Bangura, the man he defeated.