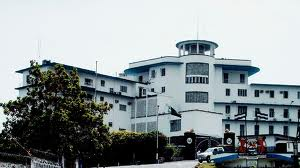 The State Chief of Protocol, Sullay Mannah Kpukumu has been removed from State House and re-deployed at the Ministry of Foreign Affairs and International Cooperation, reliable Presidential sources confirmed late last night. The Director General of Foreign Affairs, Alhaji Soullay Daramy has been re-deployed at State House, as State Chief of Protocol, a position he once held before he was sent to the Foreign Ministry almost two years ago.

His return to State House has been welcomed by many people because of his diligence and commitment to work.