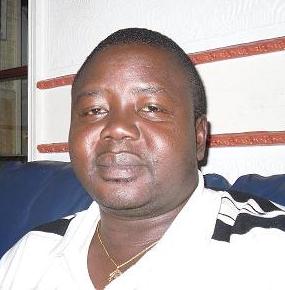 Now that the European Championship is finally over, and Spain has shown the rest of Europe how to kick the ball around, the usual managerial merry-go-round can begin in earnest. But with that come the post mortems and the painstaking prognosis of the team’s performances. But like all competitions, the failure of any national team to do well in international competitions is always followed by the perennial search for “scapegoats”. England may have the best league in the world; or so the back pages of the newspapers will have you believe, but this is hardly reflected in international competitions. The England Manager, Roy Hodgson summed up his stint at the helm that winning the fans back was a success. He said that “we were concerned going into the tournament that we didn’t have the fans dreaming about success” “So what’s been a major positive has been to see how positive people have been. We have consistently broken television viewing figures-first it was 18 million, then 19m and now 23m” ( The Sun newspaper, 1/07/12).  Jesus wept. If viewing figures is Hodgson’s idea of success in an international competition, he might as well go and work for ITV or the BBC.

There is no question that “when he took over in May, confidence and belief in the national side was at rock bottom” This might have been as a result of the limited time he had with the team; following Capello’s shock resignation and the number of first team absentees. With such a low level of expectation, it was conceivable to see how relatively relaxed the team played; because the weight of expectation was lightened considerably. It was against this background that England fans and pundits lavished so much praise on the team; for drawing against France. The jubilation that followed that match was indicative of how low England had become in the ambition rankings.

Many pundits have had their say on why England performed so badly in the tournament. England’s Chelsea-esque approach to the games was a blue print for “An idiot’s guide on how not to play football”. But with the hunt for reasons and scapegoats for England’s failure, it was just a matter of time before the usual culprit was named. Alan Shearer, a Newcastle and England legend rightly stated that “if we accept this level of performance then we’ve all given up on England”. The bottom line is that, it was an unacceptable performance, especially from a country that professes to be the midwife of football.  To say that England will go home “with our heads held high” after losing out on penalties is no consolation at all. Alan Shearer blames Hodgson for his lack of tactical changes, especially in the game against Italy. Paramount among his numerous reasons for this dismal performance was “perhaps the problem is we have too many foreigners in the Premier League and not enough talents get through”. He may have a point, but it is interesting to note that when English teams have featured in the latter stages of club competitions like the Champions League and Europa Cup, no one takes note of the impact of the foreigners. English teams have featured in the Champions League finals more than their continental counterparts in the last six years; with Chelsea winning it for the first time in their history.

Football has become such a commercial commodity that any player is free to ply their trade anywhere in the world. If foreign players are flooding the Premier League market, the question is why are English players not in top continental leagues? One of the reasons why most managers look for players abroad is the inflated and unrealistic prices that are attached to them. Take for instance Balotelli, who was bought for £22m and Andy Carroll for £35m. You do the maths for value for money. Balotelli had won 7 championships, including a Champions League medal with Inter Milan before he came to England at a tender age of 21, while Andy Carroll had only played half a season in the Premier League before his block buster move to Liverpool. This is just one typical reason why struggling teams go to the continent to get players of real value for money. Unfortunately, people like Shearer would not ask the burning question of why Premiership managers prefer to go continental, because his answer is right there.

Shearer may have accused the foreign players of flooding the Premier League, but when you consider that out of the 44 players who took part in the semi-finals, only 4 actually play in the premier League; you can see his assertion falling flat on its face. There is no doubt that the influx of foreign players can have an adverse effect on the development of talents. But to make it the main culprit is like burying our heads in the sand. Following the dismal failure the national team, you would expect to gear drastic changes in the football ethos; all geared towards improving the state of football in the country. You would expect that if football is to be improved in the country, it would have to begin at grass roots’ level. But hay, the taxman has just levied a £1.00 (20% VAT) per player tax on five-a-side pitch hire. The move has been condemned by fans and politicians all over. Talk about kill joy.

England’s international players have been accused of not caring enough for the national side. I don’t think so. The reality is that the press is guilty of hyping their talent and by so doing, feeding them with a high dose of unrealistic expectations that eventually kills their potential. Take Theo Walcott, who burst on the scene a few years ago. There is talent in his legs but the hype and expectations have disconnected the link to his brain. He is one of the most talented youngsters that have just developed a stunted growth in football terms.

We have all seen how such huge expectations on young shoulders can have adverse effects on these players. There is no doubt that Wayne Rooney is a world class player. Ronaldo is the best player in the world…..eh..after, Lionel Messi. We have all seen how these players have frozen when the stakes have been raised in major competitions. Both have proved that they could not carry the cross of their respective nations; all the way to the Promised Land. Ronaldo scored 42 and 60 goals in league seasons with Manchester United and Real Madrid respectively. Tell me he is not a world class player, but he freezes on the world stage. It took only the third match to come alive. You don’t expect him to do it all by himself, and you could be forgiven to say that it depends on the players around him. But there is no doubt that the burden of expectation can be very weighty.

It is the same expectations that have suffocated Wayne Rooney in the recent past in big tournaments. Many have accused him, including Capello, of not playing well for England. Having missed the first two games in the tournament, the level of expectation could not have been higher. His performance was so lacklustre that many believe that he was not match fit. Anyone would struggle to argue with such assertions, if his performance was anything to go by.  He was banned for the first two matches and his return to the side was greeted with exaggerated essence.

Steven Gerard, the England Captain stated that it is unrealistic to expect the Manchester United star to win tournaments “on his own”. “I just believe that ever since Wayne has been around and, and because of his performances in Euro 2004, there is an expectation that he comes to these tournaments and wins them all on his own”. (The Sun). The same could be said of Ashley Young, who during the run-up to the tournament was England’s best player; on form. But he got a lot a lot of media coverage and sank under the weight during the tournament. Unlike Ashley, Theo Walcott came on as sub, and with little or no expectation played with a free spirit; scoring a goal that reeked of maximum audacity against Sweden.

Now that the bashing and recriminations are over, it is time to go to the drawing board. Roy Hodgson has shown that he is not afraid to take controversial decisions; as we saw with him dropping Rio Ferdinand from the squad. It was the clearest indication of his master plan; that the future of the national team should be invested in the youths. That may seem like the best way forward. He needs to take more drastic decisions and dump the old brigade that was wrongly tagged as the “Golden generation”. They won nought. The Spanish national side have not only won the 2012 European championship, but have broken records in the bargain. They are the first side to win 3 successive international tournaments; first side to defend the European Championship in its 52-year history, winning by the biggest margin (4-0) is nothing short of unique.  England can take heart from the fact that before this Spanish Armada, Spain was known as the most underachieving side if football. With a seemingly similar tag for England, may be, just maybe, Roy Hodgson will be the man to bring that revolution.