President Bio recently extended an olive branch to Kandeh Yumkella, the figure head of the National Grand Coalition (NGC) party, during a traditional ceremony somewhere in in the latter’s neck of the woods. This was reportedly received with a “Ar hold word”. Judging by his response in eventually turning down the invite, it has turned out to be a diplomatic rebuff by KKY. Speculation had been rife that KKY would accept the invite to return to the SLPP. Many including me believed that by virtue of his “Ar hold word”, an option was created for a return.

In order to have a feel of this political gymnastics, we might benefit from looking at why KKY left the SLPP and formed the NGC in the first place. Was he pushed? Did he jump? The circumstances leading to KKY leaving the SLPP are well documented. We all saw how the SLPP fought tooth and nail to close the door in his face. His membership to SLPP was questioned and disqualified. His contribution to the party and even Sierra Leone was scrutinised, thanks to his long sojourn in the international arena. Many described him as Missing in Action (MIA) when the SLPP was in its political wilderness. Every roadblock was erected along his path to his political roadmap. His crime? For having the audacity to vie for the ultimate position of SLPP flagbearer.

What KKY did not count on was Presidents Bio’s lifelong ambition to lead Sierra Leone. Since President Bio gave up power after the Strasser palace coup, which earned him the fond name of “father of democracy” to his supporters, his dream of signing a tenancy agreement for State House became a vocation. And so, for KKY to come from “nowhere” and aim for the top was considered treasonable on SLPP terms. With the Paopa brigade in situ, it was inevitable that KKY would not find a political home or space in the SLPP, if his eyes were only the main prize. KKY had no option but to leave, giving birth to the National Grand Coalition.

So, why did KKY leave the SLPP? 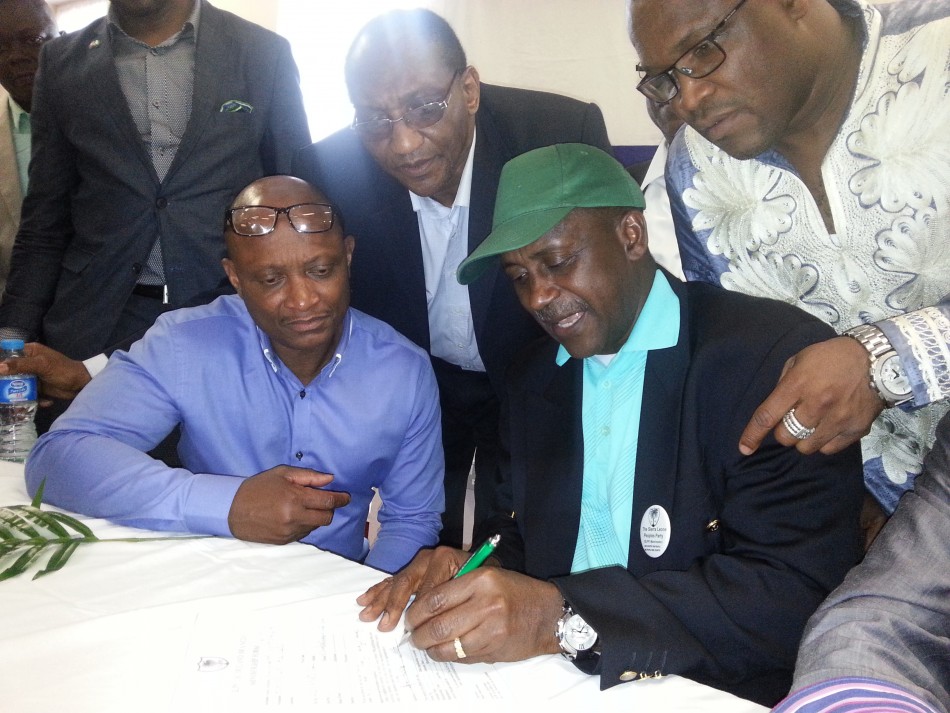 Did KKY leave the SLPP on matters of principle? Where there political or policy differences? NO. KKY left because his political ambition to lead the SLPP was not accommodated. Would you say he left for personal reasons or for national considerations? Don’t answer that. Since the formation of the NGC, many have regarded it as a “protest party” hence commonly referred to as the KKY movement. But NGC is a party and not a movement. It takes its “movement” flavour, thanks to the whirlwind nature of its popularity. So even when KKY sought solace in his newly formed party, little did he know that the ruling APC party had more in store for him.

While the SLPP barred him from party membership, the APC launched a Putin like political missile to stop him, not only from contesting the election but also from being a citizen of Sierra Leone. The APC is still counting its losses for such a misguided attempt. Ironically, the APC two sim saga brough KKY and the NGC to such political prominence that allowed Bio and the SLPP to sneak in undetected in 2018 elections. The rest is history.

With this backdrop, was KKY going to take the olive branch? I believed that KKY would look to his partner in distress, Sam Sumana and do the prodigal son. Like KKY, Sam was literally booted out of the APC. Unlike KKY, Sam took a whole district out of the lap of the APC, thanks to tribal and regional sentiments. Interestingly, Sam may believe that any hope of leading this country could lie with one of the two political parties. He has gambled on this notion, abandoned his baby project the C4C; giving credence to the notion that his party was conceived from the womb of a protest. Like KKY, Sam did not leave the APC on a matter of principle or policy differences. Both were kicked out and both became midwives of their respective “protest parties”. Many Sierra Leoneans flocked to these two for various reasons, ranging from regional, tribal et al reasons. But the undercurrent reason reflected how bored, tired, disillusioned and fed up a nation felt about these two political parties. Many Sierra Leoneans seemed to just want a change from the same humdrum mantra and were desperately seeking a third way. 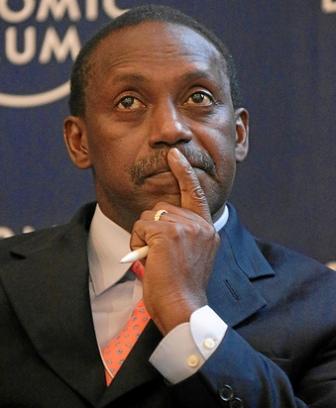 While many of Bio’s supporters see his invitation to KKY as a mark of statesmanship, others have concluded that the SLPP is pushing the panic button. If the latter is anything to go by, is Maada making the same mistake as EBK? On the other hand, some will see Bio’s move as one of political expediency, to nullify a voter distraction. Sadly, and regrettably, revenge politics has become a common feature of our political landscape. By rejecting Bio’s invitation, has KKY pushed the revenge button?

Like him or loathe him, KKY is a political asset to Sierra Leone. KKY may not have been a household name prior to 2018, but his CV reads well for a country like ours. As a former Chairman of the UN-Energy and two-term former Director -General of the United Nations Industrial Organisation (UNIDO) he comes with a wealth of knowledge and experience as a distinguished development economist and expert in agricultural economics. He has won numerous awards on including 2015 Development Award (Brussels), United Nations Association (UNA-USA) Global Leadership Award, 2012 Energy Efficiency Visionary Award, and many more. Yumkella believes that “the most effective way to fight poverty is to strengthen the productive capacities of countries and peoples”. There is your prescription for a failed country.

Can you begin to imagine how Sierra Leone could benefit from such a reservoir and wealth of knowledge, experience and global connections? Yumkella has a better world view of what Africa needs to develop, not to talk about Sierra Leone. Would Sierra leone be best served by Yumkella from the position of a bridesmaid of a political party or from within one of the main parties? Should KKY re-join the SLPP in the interest of the country? Did KKY leave SLPP and rejected the invitation for personal reasons? Irrespective of your views, Bio’s invitation has generated a political maelstrom in many circles. Whether this will dominate the conversation just like in 2018, is anyone’s guess.

So, has KKY made a wise decision? Would he effect the much desired developmental changes from the chambers of a political bridesmaid or from within the SLPP bowels of power? Should he had re-joined the SLPP? Would he suffer the same fate as the orphan politician Sam Sumana? Was KKY right to pass on this opportunity, or is it a case of “better a king in hell than a slave in heaven”? Only time will tell.

If you ask me, KKY would have served Sierra Leone, not SLPP better from within. While some see politics as the art of making one’s selfish desires seem like the national interest, others believe that there are no principles in politics, just opportunities. Has KKY passed on the opportunity or stuck to his principles? Some men change their party for the sake of their principles, others their principles for the sake of their party (Churchill). Which one did KKY do? Since most political differences depend on disagreements in moral principles, is KKY insisting on agreement with his political principles or engaged in you do me Ar do you?