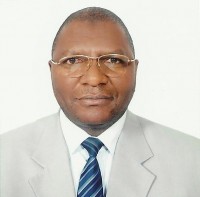 Since the dawn of history, education has invariably been the core factor in the progress and development of nations across the world. It has been the source of enlightenment to mankind at all times. It is through education that thinkers and philosophers propounded their ideologies and thoughts in an aim to transform their societies and nations to a better lifestyle and higher standards of living conditions. Developed nations have attained that edge because their forefathers toiled and belaboured in an effort to elevate their fellow citizens in particular and mankind in general to a life worth living. Inarguably, one of the fundamental objectives of education is to purify the conduct, character and personality of the individual so that he/she can be useful and effective contributors to their communities and nations. Any sort of education that is only self-centered and selfish in its use and nature is definitely a worthless kind of education.

Undoubtedly, education and scientific research have always been the primary tools developed nations have utilized to reach the heights of their aspirations. Scientists like Thomas Anderson, IbnKaldoun, Albert Einstein, Alfred Nobel, IbnSena’a , Alexander Graham Bell and many more have all had their names and inventions immortal because of the enormous sacrifices they made on behalf their nations primarily so that mankind would perpetually benefit out of their efforts. For instance, had Thomas Anderson not invented the electricity, the world would have probably still been in semi darkness today. However, thanks to Anderson, electricity today is the basis behind every form of development. Any country without electricity today is deemed a country without prosperity in perspective.

Ironically, to the gross dismay of Africans in general, only a few of our Western or Eastern educated sons and daughters of the African continent have positively impacted their countries, let alone left legacies worth remembering. Sadly, the majority have by and large been liabilities on their nations, dashing all the grand hopes pinned in them.

The greater part of Sierra Leone’s misery has been orchestrated by the so-called educated elite with BIG CERTIFICATES. Unfortunately, since Sierra Leone gained its independence from its colonial master, Britain, in 1961, most of the supposed educated Sierra leoneans have woefully been the ones who have failed the nation the most. Ironically,most of our officials interpret their appointment in key government positions as due to their being the most blessed children of the soil. They deliberately fail to realize that they have been assigned those positions to serve their nations; to deliver the goods expected of them. Some, if not all, see their appointments as a golden opportunity to siphon the country’s resources for their self- gains. There have been some who got engaged in the illegal trafficking of our precious gems and timber, as has recently been the case of our supposedly revered educated Dr. Richard Konteh. At some point, some of these BIG CERTIFICATES holders unabashedly had the audacity to sell Sierra Leone’s passports to foreign nationals, including Arabs and Asians. However, it is so ironic that most of those culprits of such horrendous crimes have gone scot-free roaming the country at its length and breath.

Now in as much as we applaud His Excellency, President Dr. Ernest BaiKoroma’s recent sacking of his Chief of Staff, some may ask as to why it took His Excellency so long to discover Dr. Konteh’s dubious activities and malpractices; some may even go further to enquire as to why one individual was given such a vitally important task; an opportunity Dr. Konteh took to negotiate on his 15% terms. I think the majority of Sierra Leoneans are of the firm belief that President Koroma has the interest of the country at heart. However, assigning just one individual, no matter of what caliber he/she might be, to handle such a nationally significant venture must have been underestimated, and probably miscalculated by the President.

Of course, no human is infallible, not even leaders. All humans, irrespective of their statuses, have their shortcomings and are therefore liable to make mistakes. However, the most important lesson one should learn out ofevery experience isto have a new insight that should serve as a deterrent to such future miscalculations.

President Koroma has recently taken bold steps to relieve some of his ministerswhom he must have found wanting and inadequate for their assigned positions. However, masses are holding their breath to see how such officials are going to be investigated and get eventually tried so that they would be brought to the book accordingly. Any sacking of an official without having justice meted out to the culprits would virtually serve no purpose. The firing of an official of a heavy weight like that of Dr. Konteh (an alleged 2018presidential aspirant)   should be viewed as an unmistakable signal to the remaining serving officials that the President truly means real business. Dr. Richard Konteh and his likes should be taught the lesson of their lives. That is the only reaction that can satisfy Sierra Leoneans and make them believe once more that government is on the right track to curb and eradicate the cancerous disease called ‘CURRUPTION’. A country with such rampant and glaring practice of corruption is certainly a failed state; and obviously a failed state can by no means realize the dreams and ambitions of its people.

Now the most crucial question that comes to the mind of every concerned Sierra Leonean is, how long are we going to be in such a vicious circle whereby ministers and other officials are let loose embezzling the wealth of the nation as they so wish without checks and balances?

President Koroma should be aware of the fact that there are many alleged ‘Dr. Richard Kontehs’ in his government who are no less criminal than the real Dr. Konteh. His appointed officials are more or less allegedly bent on looting the riches of the country, each in his/her domain. Of course, that is oftentimes the awful and regrettable outcome when proper auditing or routine investigations are either totally or partially absent from the administrative arm of any government.

There is a widespread belief that if our ministries and Government departments are properly scrutinized, audited and investigated,many heads will roll. Thus, why should President Koroma not do that to get the job done to finish? I do not think Sierra Leoneans would mind to see all or most of the alleged corrupt officials removed and replaced by competent former or fresh administrators and officials with clean and unblemished records. I think professionalism, expertise and competence, not negative nepotism or favoritism, should be the hallmarks and criteria to be used when choosing/selecting people for appointmentsin key positions. It is high time Sierra Leone got steered by her decent and patriotic children; children whose primary aim should be to bail it out of this vicious circle of corruption and incompetence.

His Excellency, President Dr. Ernest Bai Koroma must be aware of the repeated outcries of Sierra Leoneans for him to remove some of his Government officials who have proven their incompetency and inadequacy for the seats and positions they are occupying. Twomost glaring examples of incompetence have been both his current Ministers of Education Minkailu Bahand Health and Sanitation Miatta Kargbo who have woefully failed the two most significant sectors in the land. A country without a well-planned, future tailored and result-oriented educational system is a country with a gloomy and bleak future in all aspects.Education has always been the priority of every developed nation. Education invariably takes the lion share in budgets of developed and prosperous nations because of the invaluable and significant role it plays in the development of nations.

Likewise, the Ministry of Healthand Sanitation is very important. Look at how the Minister in charge of Health,Miatta Kargbohas been stumbling and fumbling over the EBOLA killer virus. She does not even have a vision about how to tackle the plague. She was long alerted about the possibility that Sierra Leone, too, might be affected by the virus like herneighbours, Guinea and Liberia. Thus, she was believed or was supposed to have put thorough contingency plans in place. But unfortunately for her and for the nation, when EBOLA cases were confirmed in Sierra Leone, she was caught not only unprepared, but grossly confused about how tohandle the most nationally important concern of the hour.

President Koroma has oftentimes demonstrated his wise leadership to the nation. He has taken the right decision on a number of occasions. His most recent decision to fire his corrupt Chief of Staff is indicative of how decisive he can be when the need for action arises. However, the president is kindly and respectfullyrequested to be more vigilant and more cognizant of the dire need for some urgent corrective measures to be timely taken, all in the interest of our beloved Sierra Leone. His Excellency’s continued efforts and plans to move Sierra Leone forward are conspicuous and are well appreciated; yet, his attention is required to issues of vital importance to the nation so that he can precisely determine who is who and which is which!!