Saudi Arabia is situated at the birth place of the world’s most followed religion, Islam. The country that prides itself as one of the beacons of Islamic ethics, meticulously planned, and flew fifteen killers to their embassy in a foreign country, Turkey; to abduct and execute just one person, the journalist Jamal Khashoggi, while his fiancé was waiting for him outside. Khashoggi’s crime that couldn’t wait for a court of law, or the fundamental Islamic tenet, Judgement Day, was writing critical materials against Saudi’s totalitarian state and its leader, Mohamed Bin Salman. This is gross doctrinal hypocrisy. This is one of the most grotesquely irreligious, anti-democratic, cowardly and uncivilised behaviours by a major state.

Saudi Arabia is the largest, both geographically and economically in the Middle East. As a founding member of the United Nations, this is proof that it’s not without the nous to form global alliances for good world order in its determination. With some of the largest oil and gas reserves in the world, Saudi Arabia helped establish the Organisation of Petroleum Exporting Countries (OPEC) in the 1960s. This was primarily to ensure it has a say in the regulation, pricing and distribution of two of the world’s most important commodities. It’s the first and only Arab nation in the G-20. We have to give credit therefore, to its rulers for consistently steering it to prosperity. No grudges there.

Economic plaudits aside, Saudi Arabia is a country like few in the world. It’s bequeathed (or annexed in its formation) two of Islam’s most important cities: Medina, where the tomb of the faith’s prophet Muhammad (SAW) is situated; and Mecca, home to the Great Mosque, or the Prophet’s mosque and location of the Qaaba – as Islam’s holiest site. Rightfully, Saudi Arabia identifies itself as an Islamic state. For that reason, it has a particular responsibility to behave exemplarily; for the good of humanity and more importantly, the faith it is inextricably tied to.

Disappointingly, for Islam and humanity, Saudi Arabia has failed to exist by its responsibility as leader and a model of tolerance. So successful in turning economic prowess to raw political power, it is now one of a number of countries undermining the credibility of some of the international institutions it is not only signatory to, but helped to build. Deep into the 21st century, Saudi swaps religious and human virtues for vices of political corruption and heartless oppression of women and dissidents. Saudi has become the very epitome of repugnance for debate, challenges and change. The current leader is apparently making inroads into some long overdue changes, but it looks like old habits die hard.

Let us think about this for a second. Saudi Arabia is vastly wealthy, and with a population of 33million, it failed to seek or produce a single intellectual argument, be it religious or otherwise to counter or refute whatever “awful revelations” one man, Khashoggi’s work presented. In spite of all its worldly power, it resorted to the basest of human instincts to export barbarism to kill an intellectual abroad; hence disrespecting the sovereignty of another Muslim-majority state. That has to be as far-flung from basic Islamic morality and thinking, as there can be; as remote from basic humanity and respect for life as there can be. 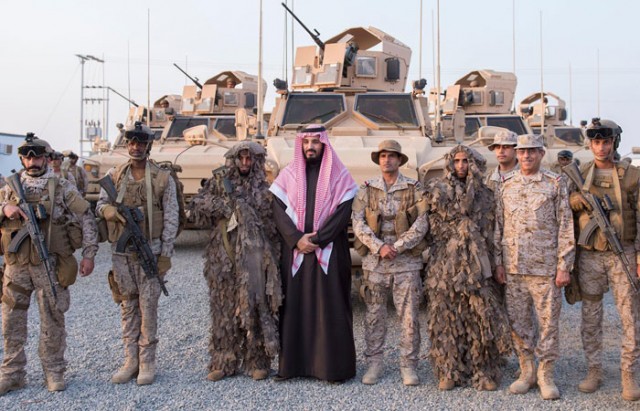 And here is the thing. They will get away with it. In fact, an argument being made elsewhere by a lot of

commentators is that the only reason this case has held sustained attention is because Jamal Khashoggi worked for one of the world’s most influential newspapers, The Washington Post. Had he been a writer for the Zamundan Times for example, he’d be lucky to get a muddled mention in Western mainstream media. Can you imagine the heap of international opprobrium, had Russia committed such a heinous crime? Check out the reverberations from the chemical attack in Salisbury, England, and the ensuing United Nations’ huddles, and the coordinated Western responses against Russia. Or can you imagine the swift punishment and the fatal consequences on civilians, had Iran carried out such brazenly arrogant contempt for international law and protocol? Britain, USA and France would have set sail the most sophisticated jet carriers to the area by now. Others will be volunteering and begging to provide foot soldiers, launch-pads and air-raid coordinates to initiate regime change.

But since its Saudi Arabia, and Western hypocrisy on international law and order is unmasked, yet again. The greed for petrodollars is generating a shivering fear of losing a key customer for the weapons industry.  The Saudi authorities have been swearing blind that Khashoggi was not killed. They had gone as far as denied any knowledge of his whereabouts or any involvement in whatever happened to him. But with the world’s attention trained on this regrettable sag, the Saudi’s have managed to reluctantly but conveniently own up to their involvement. That only came after a visit from one of America’s spin doctors in chief. It was not surprising that his visit had coincided with Saudi claiming that the death of Khashoggi was the result of an “interrogation gone badly”. Yeah right. If an “interrogation” goes badly, it is no longer an interrogation. “Interrogation” sounds like the new synonym for torture. To all intents and purposes, it sounds like scapegoats and fall guys are in the making here; and this means nothing will happen apart from a slap on the wrist.

The president of the United States has already revealed his cards and few were shocked by his lack of tact in diplomacy. Love him or loathe him, Donald Trump’s spectacular idiocy benefits the powerless-world more than can be realised. For his lack of eloquence and discipline, he cannot encrypt the West’s most disgraceful motives in diplomatic language. Asked the other day if the United States would hold Saudi to account, Trump said he is not prepared to lose $110billion in arms sales. As nauseating as it may sound, Trump was too honest to reveal the very foundations of western foreign policies; which is wholly grounded in the commercial benefits western powers in these relations. What Donald trump demonstrated was that, Western powers don’t have permanent friends but permanent interests. 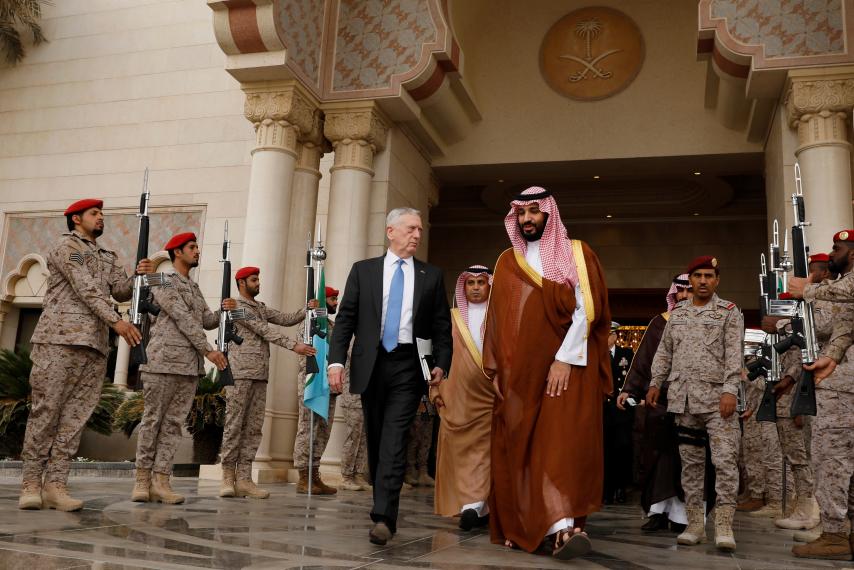 A good number of Muslim-majority countries have never questioned Saudi Arabia’s suitability as a moral arbiter of their faith. So Saudi just carries on, flagrantly fouling international decorum, producing and reproducing criminal stereotypes to be used against ordinary Muslims. This has gone on for far too long, culminating in the September 2011 atrocities in New York. The world and Muslim populations have been led to credulously view Al Qaeda, Boko Haram, ISIS and other terrorist groups as the primary subverts of Islamic doctrine and the threat to democratic systems. This is a scam as these organisations are merely a foil and smokescreen for Saudi Arabia’s misconduct.

Last year, the British government was criticised by the opposition Labour for failing to make the entirety of a report that had evidence believed to include Saudi Arabia amongst countries sponsoring terrorism around the world. The report gave credence to the notion Saudi Arabia is one of the biggest threat Islam and democracy face. It’s not science. The entire world’s known terrorist organisation put together represents a drop in an ocean, compared to Saudi’s power and criminality. While terrorists organisations commit crimes in spaces vacated by, or lacked organised leadership institutions, criminality and human rights abuses are the law in Saudi. While terrorists organisations behead innocent people in secret bunkers, Saudi carry out such barbarity in public and in the full view of their western allies. While lone-wolf terrorists attack unsuspecting civilians in public spaces, Saudi uses planes, bought from the West to obliterate Yemeni civilians and raze their country; with a Muslim population to rubble.

Just this week, the United Nations reported that 13 million people are facing starvation in Yemen. They further called on the Saudi Arabia led military coalition to halt air strikes that are not just killing civilians, but the main cause for what could become ‘the worst famine in the world in 100 years’. Where is the humanity or religious constraint? But very soon, the west would be ready to pump in “humanitarian” support for the survivors; only after the lucky few have survived. At this point, it is becoming clear that the responsibility of upholding Islamic and human principles is proving too cumbersome. Saudi Arabia must now do everyone a favour – Muslims and non-Muslims – by shying itself away, voluntarily stripping itself of any claim to purveyor of Islamic morality and thought. It shames Islam and humanity. Jamal Khashoggi’s fiancé, the Turkish researcher Hatice Cengiz had this to say in the New York Times: ‘If the allegations are true, and Jamal has been murdered by the errand boys of Mohammed bin Salman, he is already a martyr. His loss is not just mine but that of every person with a conscience and moral compass’.

Saudi Arabia is neither religious, nor a paragon of human decency. Shame on them, and their enablers, the West.