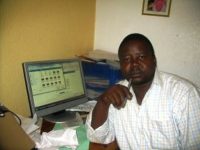 The Public Order Act, 1965 has, among other issues apparently become a bone of contention among Legislators, Politicians and Media Practitioners. The fact that the Constitutional Review Committee is busy with its legal and political scalpels brings the issue sharp into focus. Political soothsayers, armchair critics and other pundits have been on over drive, in trying to second guess the Committee’s finished product.  While some are predicting an additional two years   or 3rd. term to the presidential office, others have continued to savour the criminal flavour with which the “Seditious Libel” of The Public Order Act has been marinated. The Public Order Act, 1965 briefly encompasses issues like public insult and provocation, insulting conduct, intimidation or annoyance by violence, idle and disorderly persons, drunkenness, affray, trespass, carrying of offensive weapons, riotous behaviour, etc. In a nutshell, the Act deals with all issues geared towards the attainment of a fair and civil society that is guided by the rule of law.  Some call it law and order.

But judging from the kind of coverage the issue of “libel” and the presidential term of office attract, you will be forgiven to think that the Act deals with nothing else but these two; even though “Lawlessness” ( a close second to corruption} is one of the main concerns of well meaning citizens in this country.. But there are simple facts of life we can ill afford to ignore, and we know what suffers when two elephants fight. So when these camps decide to dig in instead of seeking a consensus, what happens to the ordinary citizens (the grass); who at best are mere pawns on the political chessboard?

What appears to be a tussle “for the good of all” is fast disintegrating into a battle of self interest for the society of self preservation; as each party seems bent on insulating itself against the fangs of the other. I know that lions don’t lose sleep over the opinions of sheep, but in their apparent bid to barricade themselves against scrutiny’ where is the public interest in the equation?  We are aware of the public’s insatiable curiosity to know everything; except what is worth knowing. Sadly, Journalism is conscious of this, and having tradesman-like habits, supplies their demands.”

In the red corner many politicians and other public officials are seemingly worried (with good reason though) about the kind of” reckless and irresponsible journalism” that is sometimes peddled in this country, This reportedly goes for just a handful, who unfortunately give the perception that journalism is being used as organised gossip, to bully, coerce, intimidate, threaten and at best extort the vulnerable. So it is understandable if some public figures see themselves as media fodder for some journalists; hence vulnerably at their mercy. The corresponding paranoia is understandable; for this kind of atmosphere only generates an unquestionable and ever increasing need to “curb “the excesses of some of our media practitioners It is therefore not surprising that those of us who oppose “criminalising libel” as seditious, are seen as looking for an insurance policy to insulate against prosecution. But some will say, “why worry if you have nothing to hide”?

The recent legal gymnastics between two of our “media giants”, Sylvia Blyden and Tam Mbayoh is a case in point.  But interestingly, no one is reported to have been imprisoned. Both have reportedly taken the legal route for redress. This is exactly what some of us have been asking for. The CID Headquarters, Pademba Road Prisons, or any other Police station should NOT be the first guest house for people who have been alleged or charged with DEFAMATION.  At what price are we ready to sacrifice all that is inherently good about our embryonic democracy? Is it worth protecting the few, at the expense of the majority? With Sierra Leone hailed as one of the beacons of democracy in Africa, are we ready to throw all that into the cesspit of bad governance; just because of a few rogue journalists? Why the haste to throw someone in the cells for an alleged defamation; even before a court summons has been served? Is it a case of the pot calling the kettle black, when some journalists have also been perceived to allegedly intimidate others? I know you notice the overuse of the word “ALLEGE”; you can’t be too careful. If others have learnt to shoot without missing, try and learn to fly without perching. Now you feel the kind of atmosphere we are living in?

Criminalising “libel” is seen by most journalists’ as a government’s way of committing assisted suicide for free speech, and putting press freedom on a life support machine. But journalists should remember that Part V of the act, which deals with “defamatory and seditious libel”, briefly states that “any person who maliciously publishes any defamatory matter knowing the same to be false shall be guilty of an offence called libel and liable”. On conviction, the penalty is “imprisonment for a term not exceeding three years or a fine not exceeding one thousand Leones or both”. That is the current statute in the books. In English, it means that if you are found guilty of an offence called libel or defamation of character, you will face the consequence of a fine or imprisonment. Okay, lets us ignore the said amount which can be amended to reflect current inflation rates; but how do you find someone guilty without a trial? And why do we have to imprison someone for publishing a “false” story even before due process in court? It is like saying, “hang him and try him”, or “shoots and asks questions later”.

In conjunction with the Centre for Accountability and the Rule of Law (CARL), the government has reportedly embarked on reforms to our judicial system. Among others, efforts are being made to change our prison system from one of punitive to a correctional approach. The right to trial within 72 hours of arrest are being trumpeted vigorously in line with international standards. You will need the conscience of a chainsaw not to acknowledge and applaud such strides by the government. But all these strident efforts by the government will be seen as cosmetic, if that right to freedom of speech is perceived as muzzled or suffering from asphyxiation. Ironically, locking up or putting journalists on remand without trial, runs the risk of making all the aforementioned efforts pale into significance. If the “seditious libel” act is upheld with all its condiments by the Constitutional Review Committee, it will not only leave a rancid taste on the palates, but it will be like clearing a battle field of grenades and replacing it with land mines. In case you don’t know,   the President recently received the US African Leadership Magazine Awards from Dr Samura Kamara, during a presentation ceremony held at State House. How cool is that?

The Independent Media Commission (IMC), which every established media entity signs up to before being granted a licence, is the professional umbrella for all media activities in the country. It has its own Code of Conduct, I presume. Among other options, journalists have the opportunity to correct or retract their published / broadcast material if it is deemed to be false. Failure to do so gives the complainant the opportunity to pursue legal action for redress.  You cannot put a financial value on someone’s character or reputation; but where someone has been proven guilty of committing defamation of character; the options of a fine or imprisonment are open to the courts. You will be hard pressed to find a managing editor, proprietor, or CEO, that is happy to regularly dole out large sums of money as fines for the recklessness of a reporter or presenter. Even his/her bank manager will raise an eyebrow.  Before you know it, self regulation will become the buzz word.

If politicians and public figures have nothing to hide, they should keep their moral suits in pristine condition.   As journalists, if you are out to tell, describe or preserve the truth, then you should leave elegance to the tailors; for the only insurance policy is the TRUTH. Like the politician, the journalists should have nothing to fear if they are telling the truth. The right to free speech is sacred, but “every ounce of right carries a tonne of responsibility. If the right and responsibility are abused and misused, many will see the ACT on “seditious libel” as a way of stopping    “Journalism from constructing momentarily arrested equilibriums that will give disorder an implied order. Whether the libel side of the ACT is criminalised or not, let us leave it to the judiciary to prove that an act of defamation has been committed in the first place. Criminalising the offence before due process may be seen by many as prejudicial and criminal to our democracy. Is it worth it?