It is very easy to conclude that the American Presidential Election is between Democrats and Republicans, or Hillary Clinton and Donald Trump. This year’s election goes farther than that. For the first time in its history, America elected a black man, not once but twice to the White House. Against the backdrop of that historic moment, many will be forgiven to think that America had moved on from the doldrums of the Civil Rights era and lived up to its tag as THE LAND OF OPPORTUNITY. It is that old adage that Donald Trump threatens to destroy in this year’s election. It goes without saying that this year’s presidential election has been unprecedented. If the polls are anything to go by, this will be the first time that an American presidential election would be decided by “choose the one you hate less”.

Donald Trump has not shied away from making his feelings known about immigrants in the US. From Mexicans to Muslims, women, the disabled and right down to his fellow contestants, Trump has insulted his way up into the living rooms of the American people. He professes to be the champion of the downtrodden. He believes that he is speaking for the poor, uneducated and disgruntled white man. He will like to fool them into believing that he belongs to their class.  The irony is, this is the same man who profited immensely when America nearly went bankrupt courtesy of the financial meltdown. This is the man who believes that helping the poor though social security is morally wrong. Throughout his campaign, Trump has continuously made disparaging remarks about immigrants. This is coming from a man whose mother immigrated to the US from Scotland.

His mother was born in Tong on the Isle of Lewis in Scotland, United Kingdom. She emigrated to the United States in 1930 at age 18, and then worked as a domestic servant for over four years. She met Fred Trump and they were married in 1936, settling in Jamaica Estates, Queens. Mary Anne Trump was naturalized as a U.S. citizen on March 10, 1942. You wonder if he would have had that opportunity to insult immigrants if his current views was the modus operandi.

So what does Trump has to offer to the American people? For starters, Trump does not seem to have any idea of the job description. This is a man who feels that presiding over the Miss World Beauty Pageant is a clear indication of his knowledge about foreign policy.  He is yet to differentiate between running for a presidential election and being a lord on “The Apprentice”.  “To win the people in elections, you always have to cook them some savoury that pleases them.” This is what Trump has been feeding on. What he fails to understand is that idealism always loses to pragmatism when it comes to winning elections. With little to offer the American people, Trump has sleep walked his way into the public domain by feeding on the disgruntlement of the average American. But in the cold light of day, I am sure that the American people will want to know exactly what he is offering.

It is no surprise that the only way that he has kept himself in the public domain is by his controversial statements. This is serving him well at the moment. But when it comes down to the crunch, is there anything he can offer? If Trump is to keep his relevance in this election going, it means that he will have to raise his game in the controversial and incendiary stakes. When he became the presumptive nominee for the Republicans, many of his party members were hoping that he would tone down and become more presidential in his approach.

Many had hoped that his meeting with Ryan Paul would have steered him from type. Many hoped that he was now going to be controlled by the Republican machine. But Trump has proved that he is not one for convention. It is this sense of the “uncontrollable” that has left many party followers quaking in their boots. It is this same behaviour that has left many believing that he is unhinged and that he is a loose cannon. You can bet your bottom dollar that any time Trump takes to the pulpit to preach to the faithful, Republicans are full of trepidation about what he is going to say next. Any surprises as to why many Republicans are yet to publicly endorse him? 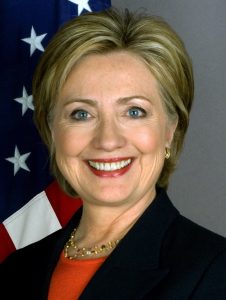 It is Trump’s mantra to “make America great again”; by going to bed with Putin and the Korean dictator. It is this kind of one liners that have generated so much political fervour from his followers. He has set the bar on the level of insults and undiplomatic behaviour that has never been seen from a presidential Aspirant. If he was running for office in the UK, he would have been charged for bringing politics into disrepute. As the days go by, he may need to raise the bar higher to remain in the political playground. Trump was the beneficiary of free coverage by the American press. He was manna for the ratings game while it lasted.

He has been found out several times by the press. And last week, when the press finally woke up to the reality and started asking tough questions, he took the fight to the very press that had given him oxygen all this while. He called them dishonest when his honesty about his contribution to veterans was questioned. He showed his weakness there; that despite the insults, tough talking and controversy, Trump can be rattled. He showed the Democrats that they can get under his skin. He showed the Democrats that there is a chink in the armour. Can’t wait for the debates.

The Democrats have shown a rather more dignified conduct of their campaign. Bernie Sanders has kept the Democrats corner alive and kicking. Bernie has shown resilience and has stood up for what he believes in. There are many democrats who feel that his continuing fight to the finish has been a distraction for the party. Hilary has demonstrated this recently by focusing her radar fixed on Trump. But far from a distraction, this was a good test drive for Hilary Clinton. His followers have religiously stayed with him right through the course with religious fervour.

This is admirable and it is a good example of democracy at work. Unfortunately, Bernie has become so intoxicated with this new found love, that he does not know when he is beaten. He does not stand a chance in cat’s hell to win the Democratic nomination. He has threatened to take the fight up to the convention. My advice is, Bernie, you have fought valiantly and many would be proud of you. But it is wise to know when you are beaten.  The greatest test of courage on earth is to bear defeat without losing heart. Defeat is not the worst of failures. Not to have tried is the true failure. We may be personally defeated, but our principles never!

He will be doing himself and his followers no favours to carry on. He is now in danger of surrendering the political moral high ground, and risking being “Bernie” in Homer Simpson. As for Hilary, she has to accept the challenges so that she can feel the exhilaration of victory. As for Trump, his hope is that that voters will succumb to impulse, anger and irritation. If the campaign trail has taught us anything, it is that “Political impotence is finished. This year is the beginning of the orgasm, and the people, will feel the orgasm of this year’s presidential election.”