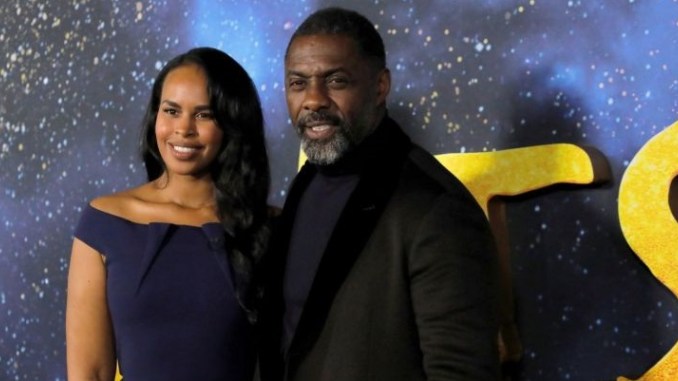 If Sierra Leone was a patient, a Magnetic Resonance Imaging (MRI) scan would reveal that our country is in dire need of urgent surgery to repair its image. It is not surprising then that in the last decade, “rebranding” has been a watchword for the Ernest Koroma government. With a chequered recent history that has been blighted by images of war, corruption, bad governance, tribalism and abject poverty, etc., it is imperative that our country should stride towards presenting itself on the world stage for what it truly is: a country of natural beauty that is blessed with natural resources to make a paradise on earth. Any government that takes the effort to achieve such a feat very seriously should not go unnoticed, and should be lauded.

This brings to mind the recent visit of one of the world’s icons Idris Elba to Sierra Leone last week. There is no doubt that our country needs role models, for the young generation to emulate. We can all agree that at best, our role models have been corrupt politicians that have served as barometers for measuring success in our country. That is why it’s not surprising that even after presiding over a decade of unrestrained corruption; Ernest Bai Koroma still enjoys some hero worship and messianic status in some parts of the country even to this day. When plunder becomes a way of life for a group of people in a society, over the course of time they create for themselves a legal system that authorises it and a moral code that glorifies it.  But let us not forget that “A people that elect corrupt politicians, imposters, thieves and traitors are not victims, but accomplices,” (George Orwell).

That euphoria that gripped the nation, following the visit of Idris Elba and his eventual acquisition of his Sierra Leonean passport has been one of the standout end –of- year events in the country. There is no doubt that our country has enjoyed a rare mention for the right reasons in the world media. Idris Elba is not only a son of the soil, but could be a valuable brand named asset to put the country in favourable terms on the world stage. Last week, the Chelsea FC player Antonio Rudiger, whose father and mother are German and Sierra Leonean respectively, sponsored 11 Sierra Leonean children, through Bigshoe charity, for corrective surgery aimed at correcting cleft lips, burns and deformations. In a statement, he said “I am proud of my origins in Sierra Leone…..and happy to give something back”. There are many more where these come from; all wedged in the human labyrinth of the diaspora. One swallow does not make a season.

Nevertheless, it is important to note that Idris or Rudiger are not the only celebrities we can boast of. Giving back to our country does not hinge on celebrity status only. There are many Sierra Leoneans in the diaspora, from Angola to Morocco and right down to Kazakhstan, who would dearly like to give back or return to Sierra Leone with investments, jobs, knowledge, expertise etc. It goes without saying that one of the end games of many hustlers is to make it and return home. The question is how much home makes it conducive to achieve such dreams. The need for such favourable conditions was not lost on Ernest Koroma, when he initiated the Office for Diaspora Affairs that was housed in State House. The essence of that office was to help returnees, investors and the like to enjoy a smooth return or transition to the motherland. But like many well meaning ideas, it suffered from the perennial affliction of political contamination. Most of the privileges and favourable conditions were accorded to party card carrying diasporans, and only those who could sing party songs or contribute to party funds had a look in. The value of the people in the diaspora should not be measured only by the amount of financial contribution they can make to a political party’s fund. It goes further than that.

We all have examples of people who want to go back and invest in the motherland. But we also have examples of those who have ventured to do so in the past with horrible outcomes. The experience of some of those who were brave enough to venture was so horrible that they returned deflated and devastated. Some recall experiences that made them fodder for the con artists. They were duped, tricked, misinformed in every step of the way. There are some who recall how they were frustrated at every turn of the way. It is not surprising, though ill mannered and self hating that one Patrick Foyah is alleged to have spread lies that Idris Elba was a victim of robbery in Sierra Leone.  It is a good thing to encourage big money men, investors and celebrities alike to our country. But it is also doubly important to make room for the small fry guys from to diaspora to return home and invest the little they have in their community.

We know that it is the Christmas period and the season of good will. We are also told that our saviour Jesus Christ was born on Christmas day. In keeping with the season of good will, 3 wise men presented baby Jesus with gold, frankincense and myrrh. As if on cue, Sierra Leone received its own kind of gift on Christmas day: one of the biggest cruise ships in Europe, MS Hamburg berthed on the docks of Freetown with about 420 passengers. Many will see this as a statement of intent; telling the world that Sierra Leone was ready for tourism. The few times we have had ships of such a size were either slave or Mercy ships.

It will be disingenuous to conclude that the visit of Idris Elba has single handedly resulted in this event. Nevertheless, we cannot underestimate the potential and power of his visit and association to help rebrand our country. What we as a nation and the government have to do now is to ensure that future tourists and visitors to our shores feel safe from violence and crime. It is in the interest of us all to maintain peace, law and order, so that our country will regain its place on the world market of tourism. We have the weather, the terrain, the resources; but above all the people to make it what it is: a paradise. With the rate of our currency threatening air traffic, there can be no better time for badly needed foreign currency. The tourist industry has proved to be one of the fastest growing and reliable cash cows for many countries with viable and peaceful tourist destinations. Just ask Little Gambia next door.

But lest we forget, our government should do whatever it can to make our country a place to go back to. Many Sierra Leoneans want to come home and settle with little businesses and job creations. With the wind of change blowing in Europe (Brexit), the rise of fascists movements, and with democracy taking a detour in the western world, there can be no better time to create a conducive atmosphere to facilitate the second coming. In Ghana today, many African Americans are adopting the country in their droves, and the Ghanaian government has ensured that such transitions take place with minimal ripples. And those African Americans have not shied away from boasting about their decisions to return home on YouTube. Check it out. Why can’t we have the same? After all, Sierra Leone, and especially Freetown was the first home of freed slaves. We can make it home again for us modern day voluntary slave returnees.

So as we usher in the New Year, let us all embark on a new direction for our country. This is a direct appeal to the President, His Excellency Julius Maada Bio. Please get your government to get rid of all those bureaucratic gridlocks that make it even difficult to open a bread shop. Please tell the Ministers, secretaries, and all those involved to sign the appropriate papers without the need for brown envelopes. This is not to say that this is what is happening now, but we all know that many people have distasteful stories about such experiences. Former President Koroma once said that “Sierra Leone is open for business”. That sentence has since gained a life of its own with various interpretations. This time, we want Sierra Leone to be open for business; as God intended it to be. Idris Elba may be the harbinger and pacesetter for that. The hope is that many will follow his footprints. But if we want to grow the roots of goodness in our country, those roots should lie in the soil of appreciation. Welcome Idris Elba.

No matter whom you are or where you are, instinct tells you to go home.