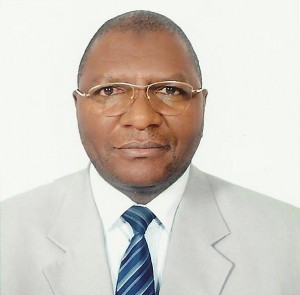 Sierra Leoneans and the world at large are eagerly and impatiently waiting to hear and to see what His Royal Highness, Prince Alwaleed Bin Talal Bin Abdulaziz’s historic and high profile visit to Sierra Leone will be all about. True, the momentum that accompanies this visit is undoubtedly and unusually high. That is so because it comes as a well-deserved response to His Excellency, Dr. Ernest Bai Koroma’s invitation of His Royal Highness to have a friendly communion and business-minded talks with His Excellency, the President and his Government on the fertile soil of Sierra Leone.
Prince Alwaleed Bin Talal’s acceptance of President Koroma’s call gives two signals. First, the Prince wants to ascertain how far the socio-economic situation has improved and matured since his first and last visit to Sierra Leone in 2003, during the tenure of our former President, Alhaji Ahmad Tejan Kabbah. Second, the Prince must have been following up the success stories that President Koroma has made and the development strides and the infrastructural projects that he has undertaken and implemented so far. Besides, Prince Alwaleed would also like to discover the vision that President Koroma has for his people and his country. The Prince has indeed heard so much about the President that has won the world’s respect and admiration to an extent unprecedented in the post independence history of Sierra Leone. Now, here comes Prince Alwaleed in person to prove how strategic, progressive, and foresighted President Koroma and his Government truly are. And, above all, I think he wants to ensure if President Koroma is fully aware of the huge contribution he can make to the development programmes available on the ground and other unthought-of areas that the Prince can help invigorate to boost the economy of the country in a number of domains.
That said, I do believe that President Dr. Ernest Bai Koroma and his Government are cognizant of the significance of Prince Alwaleed Bin Talal’s visit to Sierra Leone at this juncture. And I do equally believe that they must have judiciously prepared the ground for this high profile visit of Prince Alwaleed to succeed. Needlessly to say, Prince Alwaleed is one of the most business-minded people in our today’s world. Here is a man who has huge investments in almost certainly every nook of the world; here is a man who is ready to invest in whatever legal form of project that he believes can yield dividends; and here is a man who is so compassionate about the abject poverty of nations of the developing countries. Hence, this Prince deserves a red-carpet welcome not only from President Koroma and his Government, but also from every concerned Sierra Leone national; a sort of welcome that would make the Prince feel at home and make him make a repeated come back to our homeland with enormous business potentials and investment opportunities that would benefit citizens and improve their lot. Nevertheless, Prince Alwaleed Bin Talal is the kind of person that believes in transparent, direct and straight forward discussions; he is humble and non-assertive; but beneath his modesty, there is a lot of shrewdness and expertise.
On the other hand, as a long dwelling citizen in the Gulf Region, I can confirm that Prince Alwaleed  primarily honoured President Koroma’s invitation with the firm belief that Sierra Leone , under the current leadership, is enjoying a great deal of security. President Koroma, therefore, should utilize his God-given prudence to ensure that Prince Alwaleed is given the maximum comfort and assurance that Sierra Leone is another right venue for the Prince’s worldwide investments and that he can certainly be accorded all the assurances and guarantee that whatever businesses or investments he decides to embark upon in Sierra Leone will, no doubt, be productive, fruitful and secure.
It is no hidden fact that other heavy weight investors in the Gulf region are right now closely eying Prince Alwaleed’s pending encounter with President Koroma to see the amount of interest and investment he is going to pour into Sierra Leone as a result of his upcoming visit. Thus, President Koroma and his Government should, in earnest, take Prince Alwaleed’s visit as a golden opportunity not only to convince the Prince that he will be in good hands in Sierra Leone, but they should also, through this visit, indirectly but unequivocally send clear signals to the Gulf States that Sierra Leone has left behind its shores the era of whatever factor that was deemed as an obstacle to its progress and development.
It should be made abundantly clear to all and sundry that His Royal Highness, Prince Waleed is a highly brilliant chap and a high seasoned international business expert who can only put his dime in a venue where he truly believes he can get back hundreds in return.
This visit can most probably be the beginning of serious Arab businesses and investments in our country, if the Government endeavours to positively exploit the golden and rare opportunity presented to us by this historic visit of His Royal Highness, Prince Alwaleed Bin Talal Bin Abdulaziz Al Saud.