As jokes come and go, Sierra Leone’s political landscape has been anything but. It all started when 26 people turned up at the national convention of the APC party, vying for the position of the flag bearer. By any standards, having 26 people from the same political party fighting for one and a half position is a mere joke. It was therefore not surprising that the joke on the street then was “U don declare?” It goes without saying that the whole process had descended into a mere farce; so much so that the average Joe Blogs was considered competent and qualified enough to run for the position. This was purely as a result of the unprecedented number of aspirants jostling for the same position. What gave the whole idea its comical value was the fact that the aspirants were all from the same party. Many were inclined to conclude that such a show of interest was a testament to our democratic tolerance, and that the APC was showing the way. Many concluded that the APC Party was giving a free hand to anyone and everyone to exercise their democratic right; to represent and be represented. But as we now know, it was another political gerrymandering. What happened in Makeni is meant to stay in Makeni, and the rest is history.

But following the end of the conventions which saw their respective flag bearers selected, imposed and unopposed (take your pick), the country returned to the serious business of campaigning and meet the people tours; as the case may be. This was now serious business, and the political life blood of the country has been coursing through the length and breadth of the land. This is time for serious business. We are now seeing that Alhaji Yumkella and his National Grand Coalition is no longer a scion of, or irritant of the SLPP. It is fast becoming a force to reckon with. In fact, the NGC is now firmly in the sights of the APC party. If anything, it is now seen as the party that is inducing sleepless nights in some APC quarters. Even Sylvia Blyden, the echo chamber – in -chief and  former Minister of Social Service, has warned the APC to sit up straight. It is no wonder that little known Samura Kamara now requires Dr Ernest Bai Koroma to baby sit him during his goodbye cum campaign tours across the country. 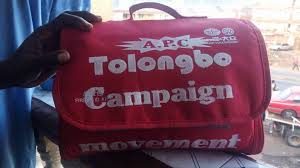 But why is NGC making so many waves on our political ocean? How has the NGC changed from a mere political irritant, to a party that could break the time honoured strangled hold of the SLPP and APC on our political system? There are 101 reasons why the NGC is going places. Chief among these is the Audacity of Hope. Reminds you of anyone? In America, they said that it will never happen; a black man to sign the tenancy agreement in The White House. But it happened. Barack Obama urged and dared the people to hope. He campaigned on the audacity of hope; that with hope, impossible is nothing. It is no wonder now, that KKY is now being likened to Obama. He is now fondly called Salone Obama.

Many are now seeing KKY as the symbol of hope, change and a better Sierra Leone. Many believe that Sierra Leone deserves better, and that with KKY the country with reap its worth. Unlike other politicians on the go, he comes with limited political baggage. The APC has traditionally banked on the loyalty of its supporters. Many believe that, it is this loyalty that was taken for granted in the first place, to a point that the president used his wherewithal to appoint his successor with near perfect political impunity. As if to buttress the whole point, the new slogan that has been adopted by the APC, notwithstanding the semantic gymnastics that come with it is TOLONGBO. And as if to beat the APC at its own game, NGC, using the same language is asking the people of Sierra Leone to dare to hope; TA MEM KOR.

In taking a cursory look at the political landscape of Sierra Leone today, the talk is now primarily about APC vs. NGC, TOLONGBO vs. TA MEM KOR, MORE OF THE SAME vs. CHANGE FOR BETTEH.  You may be forgiven to think that there are only 2 parties in this show. Spare a thought for SLPP, Kamarainba (What’s the name of his party?) and ehhh……C4C.  There is no doubt that NGC is becoming a melting pot of politicians, as the carpet crossings begins. It is unfortunate that our political system seems to be described along tribal lines. That seems to be receding into the doldrums of history these days; thank God. It was unthinkable to have an SLPP headquarters in Makeni or APC party in Kailahun in those days. The APC and SLPP have taken big strides to break this norm, and credit to them. This is not the least aimed at promoting or even giving relevance to the tribal factor here. But it must be acknowledged that as a country, we have come a long way on the tolerance scale. It is not surprising now to see a Temne SLPP or Mende APC candidate. Bravo. 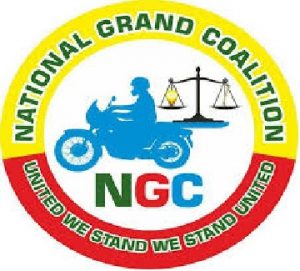 But just when you thought that our politics is taking a semblance of maturity, up pops former VP Sam Sumana into the fray. But Sam should note that when the country clamoured against the government following his dismissal, it was a show of angst against the government; for what many saw as a flagrant abuse of the constitution. This was never a show of support for the man, Sam Sumana. To assume that the country was in love with you may be bordering on the delusional. And when he reportedly claimed £250M as compensation for his inconvenience, some people felt betrayed. Perhaps, banding with other parties may sound like a good idea. A stand-alone approach will end in embarrassment. Yes, the courts had given you your due; that your dismissal was a wrongful act, and that is all that is. Even the newsprint on the matter had since become wrapping paper for akara. Your brother has been appointed as a Minister of the same party that dismissed you. If anything, John has poured oil on John’s rice. Case closed. But this issue is for another day. Sam’s best bet is to liaise with another party to stand any chance of a political relevance.