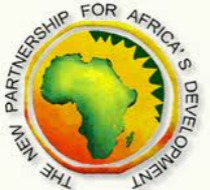 The New Partnership for Africa’s Development (NEPAD) is doing a great job, as far as achieving development goals, strengthening governance institutions and creating an environment conducive to involving the private sector, that is according to the UN.

NEPAD is doing such a good work that it gained an overwhelming confidence of the UN General Assembly to adopt a resolution with absolutely no objection or opposition whatsoever in support of its endeavors for continued progress in Africa.

The comprehensive resolution titled “NEPAD: progress in implementation and international support” was adopted Thursday during the 94th plenary meeting of the Sixty-seventh session of the General Assembly at its UN Headquarters in New York, advocates for developed countries and the international community to act to ease the many different impacts of the world economic and financial crisis on Africa and proposes aspiring measures to be taken by Africa and the international community to counteract the economic and financial impacts.

It emphasizes the prevention, management and resolution of conflict and consolidation of post conflict were crucial for achieving NEPAD’s objectives.  In addition, it appreciates efforts of the Peacebuilding Commission assistance in six African nations where country specific configurations have been established.

Fiji’s Permanent Representative to the UN and Chair of G-77, Ambassador Peter Thomson presented the action to the General Assembly on behalf of the Group of 77 (G-77) and China.

He stated during his introductory statement that the resolution co-sponsored by Austria, Croatia, Estonia, Finland, France, Lithuania, Luxembourg, Portugal, Romania, Slovenia, Sweden, Republic of Macedonia, Ireland, Israel and Italy is a reaffirmation of the international community’s support to the implementation of the African Union’s NEPAD stating the draft resolution also recognizes that “NEPAD has provided an ideal framework for the development of various policy frameworks such as the Comprehensive African Agriculture Development Program (CAAD) and the Program for Infrastructure Development (PID).”

“With the regards for the topic of governance, the draft resolution welcomes the commendable progress that has been achieved in implementing the African peer review mechanism, in particular the completion of the peer review process in 15 countries and welcomes the progress in implementing the national program of actions resulting from these reviews,” Ambassador Thomson said.

He said “with less than 1,000 days left, Africa is the only continent not on track to achieve the Millennium Development Goals by 2015.  In this regard, the draft resolution underlines the effect of the fulfillment goal of the official development assistance commitment is crucial including the commitments by many developed countries to achieved the targets of 0.7 percent of gross national product for official development assistance to developing countries by 2015 and urges developed countries that have not yet done so to fulfill their commitments.”

He urged the international community to give due attention to Africa’s priorities in particular NEPAD in the formulations of the post 2015 development agenda pointing out that the resolution reaffirms the pivotal role by the special adviser of African affairs, the office OSAA and requested for the Secretary-General to continue to take measures to strengthen this office in order for it to effectively fulfill its mandate including monitoring and reporting on the progress related to meeting the special needs of Africa.

On the question of improvements in sustainable growth, inclusive development, outcome and progress made by the international community on the implementation of all commitments regarding the economic and social development of Africa, Morana Song, an expert in sustainable development and Associate Spokesperson for the UN Secretary-General at the UN Headquarters provided the following statement:

Africa has come a long way since the year 2000, making substantial progress towards many of the Millennium Development Goals (MDG).

Africa is the second fastest growing region in the world, but overall, poverty reduction rates have not been sufficient to reach the MDG target by 2015. Hunger and malnutrition rates remain high in Africa, especially among children. Climate change, political instability and population growth are among the factors. African governments need to keep expanding agricultural productivity through better policies.

Enrolment in primary education in Africa has surged at an unprecedented rate since 2000. However, the region still has a long way to go. Half of the world’s out-of-school children live in sub-Saharan Africa. Last year, UN Secretary-General Ban Ki-moon launched the Global Education First Initiative to change that picture.

Women across Africa are becoming more empowered, with more girls attending both primary and secondary school, and more women in positions of political power.

Africa has halted the spread of HIV/AIDS, TB and malaria, thanks to strong political leadership, targeted interventions and the availability of AIDS medicine to the majority of people.

Yet in spite of these impressive gains, levels of poverty and food insecurity remain high. Africa still has the greatest burden of child and maternal deaths, though significant progress has been made – under-five child deaths fell by 47 per cent across Africa between 1990 and 2011.

As we look to the future of Africa’s development, accelerating efforts towards achieving the MDGs by 2015 must be at the forefront of our efforts. There are nearly 1,000 days left until the MDG deadline and much can be accomplished in that time.

Achieving the MDGs requires concerted and focused efforts by all – national governments, civil society, the private sector and the international community.

For its part, the international community must meet its commitments regarding official development assistance (ODA) and trade, among others.