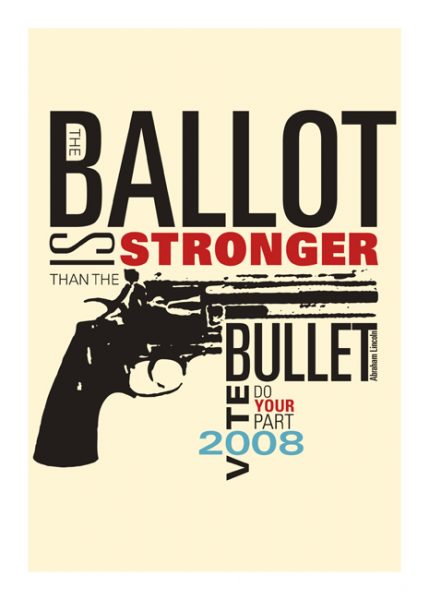 The general election in Sierra Leone is slowing inching its way to the climax. The declarations have been made. The registrations, aspirations, conventions, and nominations have all concluded. The campaign season is now in full swing. But amidst turning and turning in the widening gyre, there are a lot of falcons who are refusing to hear the falconer. There is a lot of political navel gazing going on as we speak. It is understandable that each passing day raises the political temperature; literally.. However, the kind of reported pockets of violence across certain parts of the country are inexcusable. These flashpoints appear to involve the APC and SLPP plebeians predominantly. No surprises there but inexcusable.. I deliberately call them plebeians because; there is no justification to attack your fellow Sierra Leonean because you share different political persuasions. Pardon the paradox. The price of fighting for these politicians is not worth a drop of anyone’s blood.

As a country, we have had our own share of adversity. Some have been natural and others have been self-inflicted. No one needs a reminder that we experienced the devastating wrath of the earth from the recent mudslides. The case of the Ebola pandemic is still visibly evident in our community. It is very easy to conclude that these were natural disasters, over which man had no control. But we are all aware of the fallacy of such an opinion; because we have been indirectly culpable for some of these natural disasters. But on the other side, it is painful to recall the dastardly consequences of our decade long rebel war. It is over a decade since the war ended. The hope was that we will all learn the lessons of and from the war. Sadly, the recent shenanigans witnessed by unsuspecting citizens seem to give credence to the notion that as a country, we have an unadulterated penchant for attracting chaos; be it organised or otherwise.

The end of the war saw a lot of effort put into Truth and Reconciliation Commission, thanks to our international partners and the good will of all Sierra Leoneans; to forgive but not to forget. The latter should be used as a serious deterrent to take evasive actions against violence. With what went on during the war, you would be forgiven to expect that we are now allergic to violence. The TRC was seen as one of the channels that our country could use to wean itself from the causes and effects of the rebel war. It was a means by which we could come to terms with what happened to us all, and to allow us to collectively move forward as a nation.  But in doing so, we needed to find the root cause/s of the war. The list is endless, but poverty as a cause remained, and remains unrivalled. It was not therefore surprising that our international partners saw it fit to pump a lot of money into our country. In the recent past, we have played host to a lot of NGOs, all aimed at capacitating our communities for development. The rule of law and its twin brother democracy, have since become buzz words in our daily parlance.

But the spate of violence that is being reported recently does not only breed a cause for concern, but brings back painful and avoidable reminders of our past. .Poverty was nominated as the midwife in chief of our decade long war. There is no question that Sierra Leone is one of the poorest countries of the world. The irony is that our country is not poor. Our apparently perpetual state of poverty is man-made, especially when you gauge it against our God given resources. That is what makes it nauseatingly gut wrenching that I am writing this piece from the comfort of a portal cabin as a security guard. It is an undeniable fact that Poverty is the worst form of violence.  But we cannot desire a society of peace through violence; for violence is the last refuge of the incompetent.

There have been accusations and counter accusations of violence in the last week. It is a question of who you believe and speak to. The fact of the matter is; there is no room for violence in our society. The Sierra Leone human rights commission has weighed in and urged the police to provide “adequate security” for all presidential candidates and that “people’s freedoms to move, express themselves, assemble/associate are under threat. There is no question that much of the violence is generated and inspired by the kind of speeches given by our politicians. Most of our politicians have been abusing, using and misusing the plebeian mentality of the electorate. In the end, you can be sure that they will eventually refuse them.

As a peaceful nation, we are looking up to our leaders to lead us not into temptation, but to deliver us from evil; Amen. It is incumbent on all citizens to ensure a peaceful, free and fair election. But as uneasy lies the head that wears the crown, the responsibility to lead our country into a peaceful election lies squarely on the shoulders of the Dr. Koroma government. We must not forget that the reins of power were passed on from the SLPP to APC relatively PEACEFULLY. Ernest has since presided over 2 election cycles in relative peace. The hope is that we will get more of the same; I mean PEACEFUL ELECTIONS.

It is unquestionable that Ernest owes this to the people of Sierra Leone. In the most recent elections, there was relative peace. Interestingly, success for the APC was virtually assured. This time, there are signs that it could be as unpredictable as the British weather. But if the recent political rallies are anything to go by, or if they were the yardsticks by which success at the ballot box were measured, the APC party will be a clear winner. Interestingly, the voting process or the ballot box are going to be secret, or supposed to be.

If that is the case, why does it appear to be different this time? Is this a sign of desperation on the part of the ruling party? Is it a sign of patching thirst for power, on the part of the opposition? Many have since concluded that the APC party is jittery; thanks to the involvement of the Chinese in their campaign, the constitutional gymnastics, the floating of the idea of a third term, injury time and so forth. But the APC party need no shudder if and only if it confident that Action Pass Intention.

The hope is that we will have a peaceful, free and fair election. It is a collective responsibility for all well-meaning citizens. Let’s make it work, for the good of Mama Salone.