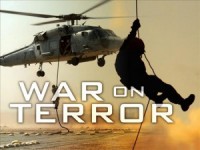 The world has always faced the terror of terrorism, but 11th. September, 2001 will be forever known as the day that terrorism made its universal declaration of Human carnage; the day a few “religiously” motivated men decided to attack in broad daylight, the most symbolic emblem of the most powerful country in the world. Little did we know that 9/11 will mark the end of civilisation as we know it. Theories abound as to why young men would dare to commit such atrocities; we’ll leave that to the growing band of “experts on terror” who have just found a new subject to write on and make money in the bargain, as consultants. This piece is not an “end of year or decade report”, but as we face the turn of another year, the best part of which could be remembered more for the atrocities dressed as terrorism, let us take a break and ask ourselves: who is winning the war on terrorism?

Experts have trumped up catalogues of definitions of “terrorism” but in my humble opinion, it is the means by which someone injects a state of fear. That is the state in which the world is now today. War has been declared on that “state”, but how do you wage war on an abstract noun? How is “terrorism” going to surrender, when philologically, abstract nouns can’t surrender.  “There’s really an easy way: Stop participating in it.” (Noam Chomsky); for “How can you have a war on terrorism when war itself is terrorism?” (Howard Zinn ).

Following the barbaric acts of 9/11, “the coalition of the willing” paid a visit to Iraq, although according to George W. Bush, “One of the hardest parts of my job is to connect Iraq to the war on terror”. There are some people who believe that “There is no moral difference between a Stealth bomber and a suicide bomber. They both kill innocent people for political reasons.” (Tony Benn ). What has followed the war on terrorism has left in its wake, a catalogue of seismic changes in the world as we knew it. One of the first casualties of the war on terrorism is our liberty, which we have traded for security. By trading our liberty for security, does that make us deserving of either? Some people are of the opinion that “the big threat to America is the way we react to terrorism by throwing away what everybody values about our country–a commitment to human rights. America is a great nation because we are a good nation. When we stop being a good nation, we stop being great”.

No one is relegating our security to the back burner. For us to enjoy our liberty, we have to be and feel secure. For us to feel secure, we need to fight the forces that threaten our security; hence our liberty. But in pursuing our security in order to preserve our liberty, are we not shredding the very essence of our fight? We have always been told that these terrorists are fighting against “our way of life”, which is characterised by equal rights, freedom of speech, the rule of law, democracy, gay rights etc. But today, we have the Edward Snowdens and Julian Assanges of this world, telling us that our governments are snooping on us. That every email we send, every phone call we make, every whatsapp we app, is recorded by the security forces of our governments. Where is the freedom for which our George Washingtons and Mandelas fought for? Where is the very freedom we strive to protect against the terrorists? Where is the privacy that we used to enjoy, when we are asked to disrobe at every airport, every check point and every place of gathering?

Growing up as a kid, I used to hear about the “cold war”, a misnomer in itself. I heard stories about the Gestapo, the KGB, the secret police, and I used to hear some countries described as “police states”. In English, they called it communism. Billions of dollars and endless years of man power were used to dismantle and fight against communism; a feat that was crowned by the birth of perestroika. But some would struggle now to decipher communism and the modern status quo. During the cold war, spying, espionage, conspiracy etc were the order of the day. During the cold war, such practices were the hobbies reserved for governments, government officials and institutions. Those were the days when men in long black coats will drop a piece of paper in a phone box or dust bin, only to be picked up by another identically dressed individual. (Been watching a lot of James Bond, lately). That was for them, but today, we are all subjects of the “big brother syndrome”. Do we fear terrorism so much that we throw out our Constitution, and are we unwilling and afraid to debate our Constitution?

Unfortunately for the world today, the spectre of, and our fight against terrorism, real or exaggerated, has become a shield of impunity, protecting governments around the world from scrutiny for their human rights abuses.” We now witness even those who wrote books on how to abuse human rights crouching under the guise of” war against terrorism”.  From people like Bashir Assad, Late Gadaffi, Putin, and right down to Mugabe have all joined the sing song to insulate themselves with perfect immunity from the ICC.  All it takes is for one head of state to classify his opponent as a terrorist, and down comes the shutters of scrutiny.  This shows that when terrorism strikes, it doesn’t just blow buildings; it blasts every other issue off the political map. We have just bade our farewells to Nelson Mandela, who said on Larry king Live show on May 16, 2000 that “I was called a terrorist yesterday, but when I came out of jail, many people embraced me, including my enemies, and that is what I normally tell other people who say those who are struggling for liberation in their country are terrorists. I tell them that I was also a terrorist yesterday, but, today, I am admired by the very people who said I was one.”

But again, how do we preserve our liberty and maintain our security without attracting the beady eyes of an individual who is bent on destroying the very essence of our “civilization”? Wesley Clerk, one of the disciples of George Bush’s “mission accomplished” once said that “Serious research and development efforts are required to produce technologies, strategies, organizations, and trained personnel who can go into failed states, work with our allies and friends, and promote the political and economic reforms that will meet popular needs and reduce the sources of terrorism and conflict.”. There you have it; your prescription for “war on terror”; and its coming from someone who has lived, breathed, ate, smoked and drank the “war against terrorism”. Such proclamations require the attention of our eardrums.

As we usher in a new year, the world needs a re- think on new ways of fighting the “war on terrorism”. The world must first tackle the causes of terrorism; and you cannot rule out poverty as a major culprit. The causes of terrorism are endless, depending on your moral, religious or political calibration. Drone strikes are not enough to destroy the motivation behind mindless terrorism.  Terrorist groups are like the head of Medusa, which will keep replicating its actors; the sooner one snake is cut off. What is the worst thing you can do to someone that is ready to die? Killing him only hastens their death wish and by so doing, generates and motivates other like-minded mindlessness.

Kenya recently suffered from the heartless acts of terrorists in a mall. Al-Shabab threatened to attack Sierra Leone because of the country’s participation in bringing peace to Somalia. There is a little known town in Africa which recently opened a multi-million Leones Plaza. The uptake on the rental stores has been surprisingly slow. You will struggle not to link the threat of Al-Shabab to the slow uptake.

Lest we forget, Nelson Mandela, aged 95 years was buried recently. Michael Kalashnikov, the man who invented the AK47 died yesterday, aged 94 years. I know who gets my RIP. By the way, Africa’s youngest nation, South Sudan has been engulfed in the continent’s trade mark. That is for another discussion; but you can bet your bottom dollar that petro-dollar, disguised as tribal war, is the root cause. Before you forget, who is winning the war on terror?