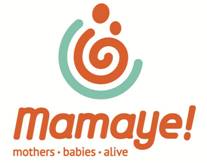 Somewhere in AFRICA one woman dies every minute of every day from causes related to pregnancy and birth. The hardest pill to swallow for even the most successful African nations is this: giving life to the continent’s next generation is one of the biggest killers’ of Africa’s women.
More often than not it is preventable: Uncontrolled bleeding, infection, poor medical care and a lack of education still sit at the very heart of this hidden crisis.  Those who survive may still suffer. For every woman who dies during childbirth, it is estimated that another 30 are injured or become sick bringing life to the world.  Africa’s poorest are the most vulnerable.  But women themselves are not the only victims. The children left behind are more likely to die simply because they are motherless. Too many babies also die unnecessarily. In Africa, over a million newborns die each year – that is – nearly four every single minute.
If Africa is to advance, MORE needs to be done.  SIGNIFICANTLY more.
Today (18th February 2013), MamaYe (http://www.mamaye.org), a public action campaign to save the lives of mothers and babies will be launched in five countries most affected by the crisis of maternal and newborn mortality: Nigeria, Ghana, Sierra Leone, Malawi and Tanzania. This is the first part of a continent-wide campaign which will use digital and mobile phone technology to engage ordinary Africans in the most important fight of all – the battle to save our mothers and babies.
At its core MamaYe will challenge the status quo – the fatalism of millions of Africans, young and old, who accept the deaths of mothers and babies as “natural” or  “God’s will.”
MamaYe is a campaign to both educate and encourage communities to take collective and individual action for pregnant mothers amongst them. It will seek to overcome the ingrained belief that responsibility for maternal and newborn survival rests elsewhere: with ‘the government’ ‘the ministry’ ‘professionals’ ‘the UN’ or foreign donors. For MamaYe the active participation of Africans as a whole is a critical ingredient.
MamaYe believes that technology can educate, motivate and mobilise people to take direct action to respond to the maternal and newborn crisis in Africa.
By 2016, it is projected that there will be one billion mobile phones in Africa. 167,335,676 Internet users. 51,612,460 Facebook subscribers.  In Ghana, for example, mobile penetration in the country has reached a record 80% of the country’s population.
MamaYe has been initiated by Evidence for Action which is funded by the UK Department for International Development, and headed up in the five countries by African experts.
Country Director Ghana Professor Richard Adanu, who is also the Dean of the School of Public Health in Accra, said:
“We all have the power and the potential to save the lives of mothers and newborns.
“Men who support their wives to visit ante-natal clinics are helping to save lives. Taxi drivers who volunteer to get women to clinics in time for the birth can do the same. Voluntarily giving blood also saves lives, by helping women who haemorrhage during childbirth.
“Government officials that ensure clinics are well stocked with drugs and other essentials, are nothing less than life-savers. Midwives that respond to a crisis in the middle of the night are maternal survival heroines.
“We can all play our part. Childbirth is not a disease. We have known for decades what it takes to ensure the survival of women and babies in childbirth. But if our mothers are to survive, then the African public must also step up, take responsibility and become more involved and vigilant.
“MamaYe will provide the evidence, information and tools necessary to empower our citizens to demand change.
All it takes to make the change, is YOU. “
Visit http://www.mamaye.org to find out more about making a life-saving change for mothers and babies of Africa.  On this website you will find easy to understand evidence, stories of heroes and heroines, commitments made by the Government and different actions you can take for this important cause.
Make your voice heard and demand more, join the MamaYe campaign at:
http://www.mamaye.org
http://www.Facebook.com/MamaYeAfrica
http://www.Twitter.com/MamaYe
Contact: Rachel Haynes (for in-country contacts, see below)
Email: info@evidence4action.net
Contacts
Ghana: Nii Sarpei, Communicatons: n.sarpei@arhr.org.gh
Malawi: Mwereti Kanjo, Communications: mweretik@gmail.com
Nigeria: Morooph Babaranti, Communications: m.babaranti@evidence4action.net
Sierra Leone: Fatou Wurie, Communications: f.wurie@evidence4action.net
Tanzania: Chiku Lweno-Aboud, Communications: c.lweno-aboud@evidence4action.net
Notes to editors
MamaYe (http://www.mamaye.org) is a campaign initiated by Evidence for Action (E4A), a multi-year programme which aims to improve maternal and newborn survival in sub-Saharan Africa. Funded by the UK Department for International Development, the campaign focuses on using a strategic combination of evidence, advocacy and accountability to save lives in Ghana, Malawi, Nigeria, Ethiopia, Sierra Leone and Tanzania.
Facts about maternal and newborn mortality in Africa
In sub-Saharan Africa, the lifetime risk of maternal death is 1 in 16, compared with 1 in 2,800 in developed countries.
Those who survive may still suffer. For every woman who dies during childbirth, it is estimated that another 30 are injured or become sick bringing life to the world.
Every day, 444 women die in sub-Saharan Africa due to causes relating to pregnancy and childbirth.
In Africa, over a million newborns die each year.
The newborn mortality rate is 44 deaths per 1000 live births in Africa.
Globally, the countries with the highest rates of newborn mortality are mostly in sub-Saharan Africa. (Source: World Health Organization.)
SOURCE
Safe Sender Instructions