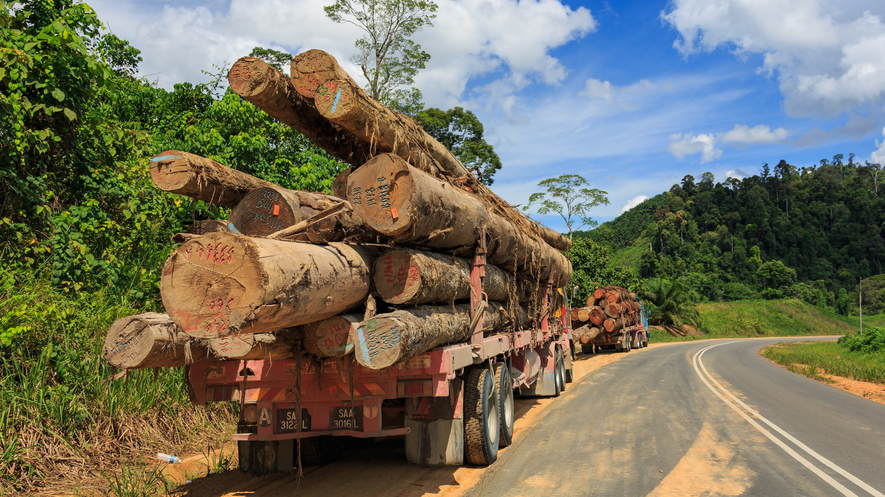 Last week, the government of Sierra Leone announced that all forest logging concessions were to be suspended “with immediate effect”, warning of repercussions for any violations. In a country with less than 5% of original forest cover remaining, this was welcome news. Now the government must work to ensure that the communities that bore the brunt of deforestation are at the fore of rebuilding our environment for the future of our nation.

This action by the government comes after considerable effort by civil society organisations (CSOs) and activist citizens who, on a daily basis, witnessed the systematic destruction of the country’s forests. In early 2018, before the country’s historic elections, some 4000 citizens and 12 CSOs asked political parties and their candidates to endorse the “Wi Land Na Wi Fyuchɔ” pledge,  a set of commitments to respect tenure rights and protect the environment.

A key demand in the pledge is reversing the trend of national deforestation by preventing exploitative activities in forest areas and supporting community-based afforestation and conservation. The Sierra Leone People’s Party, which came into power in April, publicly endorsed the pledge and, after some initial inconsistency, looks to be heading in that general direction. The suspension of logging concessions is the first step in a long and arduous journey to “bring back the nation’s forests.”

The government appears to recognise that the public can play an important role in tackling deforestation across the country. The September 17th press release announcing the suspension of timber cutting called on the public to “notify the Ministry through the Director of Forestry of any illegal logging activities within their communities.” But there is much more the public could do beyond policing the newly-imposed timber ban. Any government worth its mandate would avail itself of the opportunity to join hands with its citizens for the common good. The country’s traders, drivers, chiefs, teachers, journalists, farmers and nurses hold the key to a successful forest regeneration programme.

In the short term, there is need to ensure effective implementation of the suspension order. The press release alone will not cut it. Communities in and around forest areas should be made aware of this suspension and encouraged to work with forests guards to protect what’s left of their forests. They could also be encouraged to adopt by-laws internally to prevent individuals from within colluding with “power-saw poachers” to beat the ban. In Sierra Leone, community-level rule making and enforcement has been shown to be far more effective than mandates from far-off central authorities.

The process of revising the framework for the awarding of forest concessions should adopt a multi-stakeholder approach with clear provision for consulting and receiving input from forest communities and the general public. An initial stock-taking of forest cover should be conducted to get a sense of those in good health, those critically endangered and those virtually extinguished.

Access to information is critical to a successful review process. As such the government should share information on existing forest concessions. Namati Sierra Leone has already lodged a formal right to information request with the Forestry Division. It would be useful for CSOs to have access to such data to share with the communities affected by these concessions. The data would also shed light on whether this sort of exploitation has a net positive result.

If we are to break the back of climate change, before it breaks ours, we must remain surefooted that our people and environment are placed ahead of profits.

A forest is the life-blood of a community. Once it is destroyed the community begins to die. The fight to save Sierra Leone’s forests is a fight to save the life, the soul of a nation. It requires everyone playing their part because everyone has everything to lose if the forests disappear.