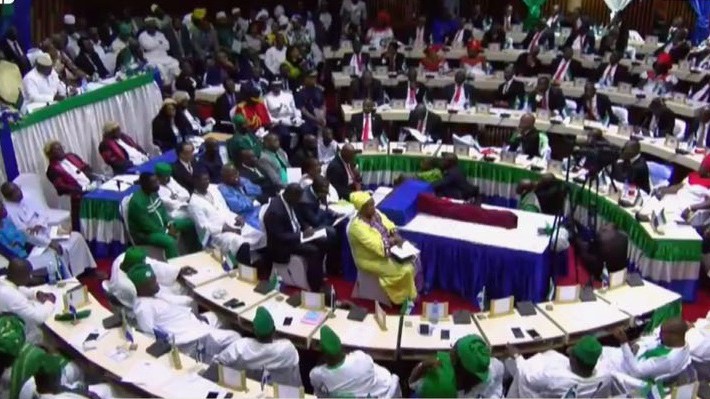 Are Sierra Leoneans really confused about investigations, commissions and audit?  While the country seems to be breathing a new wave of fresh air and suffocation on the one hand; many citizens see the various sets of audits as the turning point for the malaise besetting the country. But on the other hand, the people seem to be confused on who is really fighting on the side of the people.  The Ministry of Finance recently published a damning report on graft; a gruesome report on the credibility of some sectors of four ministries. As of now, there is the usual tug of war for supremacy between the country’s parliament and the Finance Ministry. Sierra Leone’s parliament has not earned a reputable name for itself, when it comes to matters of transparency and credibility. Some members have been included in dubious deals in both past and present regimes.  There is a masterstroke of irony in the country; the only time there is a synergy between the two main political parties SLPP and APC, is when some of their members are allegedly involved in graft. They sing from the same hymn book and chant the same ‘Hallelujah’ from Mount Tower Hill. It sucks!! The deputy speaker of parliament was threatening line ministries from discussing about the alleged graft in the report after the minister of finance had hitherto informed the country of the massive allegations of embezzlement discovered in four sectors. So who is right? Few years ago, the APC government came under heavy criticism when the erstwhile president Ernest Koroma forwarded an audited report to parliament on the  Ebola epidemic without going through the anti graft commission. Ironically, some of the parliamentarians who were castigating the ex-president for not sending the report to the commission are the very ones now urging the minister of finance to submit the report to parliament. Are the people not confused?? Again the line of explanation will continue to linger between these two players.

It was at the end of the country’s civil war, when the then Secretary-General of the United Nations Ban Ki Moon visited Sierra Leone to see the devastating consequences of the brutal war. After a closed door chat with ex-president, Ban Ki Moon had this to say; “I found the people to be of high seriousness, devotion, and intelligence. I am sure in their hands this country will go to a happy future”.  As a disciple of optimism, Pa Kabbah nodded his head and smiled broadly, and said, as long as the leaders are genuine and consider the national issues are the greatest concerns to their future, this country will flourish.  Tejan Kabbah was not good at translating his thoughts to the nation on a regular basis, but whenever he did, the country saw the contour on his face and determined the seriousness of his message.

Sierra Leone’s parliament has produced some of the best politicians in the country. Politicians like late Salia Jusu Sheriff, Thaimu Bangura, D.T Musa and the like have contributed immensely to the political development of the country. During those days, citizens thronged the gallery of the parliament to watch skilled, intelligent and well articulated politicians exhibiting their skills.  Students used to visit the parliament to learn new words, admire eloquent speakers and dream of becoming leaders in the country.

However, this optimistic prophecy has failed to materialize. Although the cause to which our parliamentarians consecrate themselves is noble, their trust is sacred, their problems manifold and their tasks immense, Sierra Leone parliamentarians have failed to be on the lookout against pitfalls that have sabotaged their work and plunged their profession into downright organized chaos.  The policy of rewarding friends and punishing foes seems to be some of the bad actions our leaders should not embark on.  Policies that favor only supporters have created a system that reward short-term thinking and incentivizes hero worship and laziness rather than prudence; while encouraging divisiveness and cronyism. Furthermore, these structures do not simply motivate or aid those with bad intentions; they act as a barrier to those citizens with good intentions. Any leadership that operates under this policy is being encouraged to act badly and has strong incentives for cronyism and corruption, and a general lack of patriotism.

A 2010 Amnesty International report on human rights in Africa found that nepotism impedes community access to housing and services, and leads to the collapse of some municipal governments and to widespread protests among affected communities. In Sierra Leone, family values, ethnicity, religion and tribalism are all factors that instigate favoritism. This has the tendency to affect our leaders’ decision making.  It has infiltrated rather obnoxiously with sentimental sympathy and a biased thinking faculty which denies an equivocal decision making process.  Nepotism has eaten deep into our system and it is no surprise that the civil service may be comprised by departments full of village or tribal friends of the politically powerful.

It has been said that ‘where there is no vision the people perish’. Most leaders in the country have failed to delve into literature that deals with developmental problems, or consult economic and social experts as to what should be done. The twofold dangers of dwelling in the past and petty jealousies of wanting to be the first among equals have also contributed to the lack of a true developmental mindset.

In 1957, in his inaugural address to the newly independent state of Ghana, Kwame Nkrumah cited corruption as a vice that risked gravely harming millions in Africa struggling for freedom and justice. He was right. Today, corruption is everywhere in Africa and Sierra Leone is not an exception, as it is the major cause of poverty and conflicts. Corruption in Sierra Leone has grown at an alarming rate due to poverty, which is rampant. Miserable salaries often cannot suffice to cater for a big and extended family, and as such force many people to opt for bribes to meet the needs. Corruption has gone from a mere act of accepting bribes to a complete state of mind and way of life. It has progressed from the poor attempting to “make ends meet” to a sense of entitlement from anyone in a position of authority. Because of our social fabric, effective drives for changes need to start from the top and progress to the bottom.

Have our leaders failed us or have we failed our leaders, both in Sierra Leone as a country and the continent as a whole?  Young people trained for leadership should be aware of these dangers and challenges. Sierra Leone is at crossroads again; to either encourage good characters with positive attitudes that will keep them from pitfalls that prevent the full development of our country and people or continue to commit the same mistakes of our leaders.