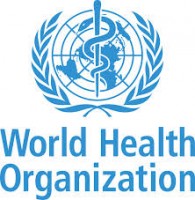 The declaration by the UN's health agency came after a US company said it had sent all its available supplies to hard-hit west Africa.

The World Health Organisation on Tuesday authorised the use of experimental drugs in the fight against Ebola as the death toll topped 1,000 and a Spanish priest became the first European to succumb to the virus in the latest outbreak.

The declaration by the UN’s health agency came after a US company that makes an experimental serum said it had sent all its available supplies to hard-hit west Africa. “In the particular circumstances of this outbreak, and provided certain conditions are met… it is ethical to offer unproven interventions with as yet unknown efficacy and adverse effects,” the WHO said in a statement following a meeting of medical experts in Geneva.

The current outbreak, described as the worst since Ebola was first discovered four decades ago, has now killed 1,013 people, the WHO said. Cases have so far been limited to Guinea, Liberia, Sierra Leone and Nigeria, all in west Africa where ill-equipped and fragile health systems are struggling to cope.

An elderly Spanish priest who became infected while helping patients in Liberia died in a Madrid hospital today, just five days after being evacuated. Monrovia said it had requested samples of an experimental drug, ZMapp, that has shown some positive effects on two US aid workers but failed to save the Spanish priest.

Supplies would be brought in by a representative of the US government later this week, the Liberian government said. There is currently no available cure or vaccine for Ebola, which the WHO has declared a global public health emergency, and the use of experimental drugs has stoked an ethical debate.

Despite promising results for the ZMapp treatment, made by private US company Mapp Biopharmaceutical, it is still in an early phase of development and had only been tested previously on monkeys. ZMapp is in very short supply, but its use on the Western aid workers evacuated to the United States last week triggered controversy and demands that it be made available in Africa.

Mapp said it had sent all its available supplies to West Africa. “In responding to the request received this weekend from a West African nation, the available supply of ZMapp is exhausted,” it said in a statement. “Any decision to use ZMapp must be made by the patients’ medical team,” it said, adding that the drug was “provided at no cost in all cases”.

The company did not reveal which nation received the doses, or how many were sent.