Once again, the British Royal Family is embroiled in what looks like an explosive debacle within its circles. Just like previous sagas, it involves the inner circle of members seemingly lurking behind the latest episode. However, unlike other “scandals” and family trysts, this one seems to capture the attention and imagination of the wider public; thanks to the racial connotations and innuendoes that cut across the social landscape. In order to grasp the depth of this latest saga, perhaps we might start with some simple questions.

More often than not, members of royal families constantly come under the spotlight, sometimes undeservedly, as every move, syllable, or presence is scrutinised, and in some cases unduly given forensic attention. Thanks to their positions of privilege, there is an unspoken expectation of perfection from their members at all times. Sadly, many easily forget that the Royals are as human as you and I; have feelings and hence fallible.

The latest Royal episode has already polarised reactions. However, unlike previous ones, this latest one cuts across a larger swathe of society. On the one hand, some have condemned Prince Harry and his wife Meghan, accused them of blindsiding The Queen and planting a grenade in royal circles. Let us take a deep breath and ask, “Why would this young couple give up their privilege? Why the interview? 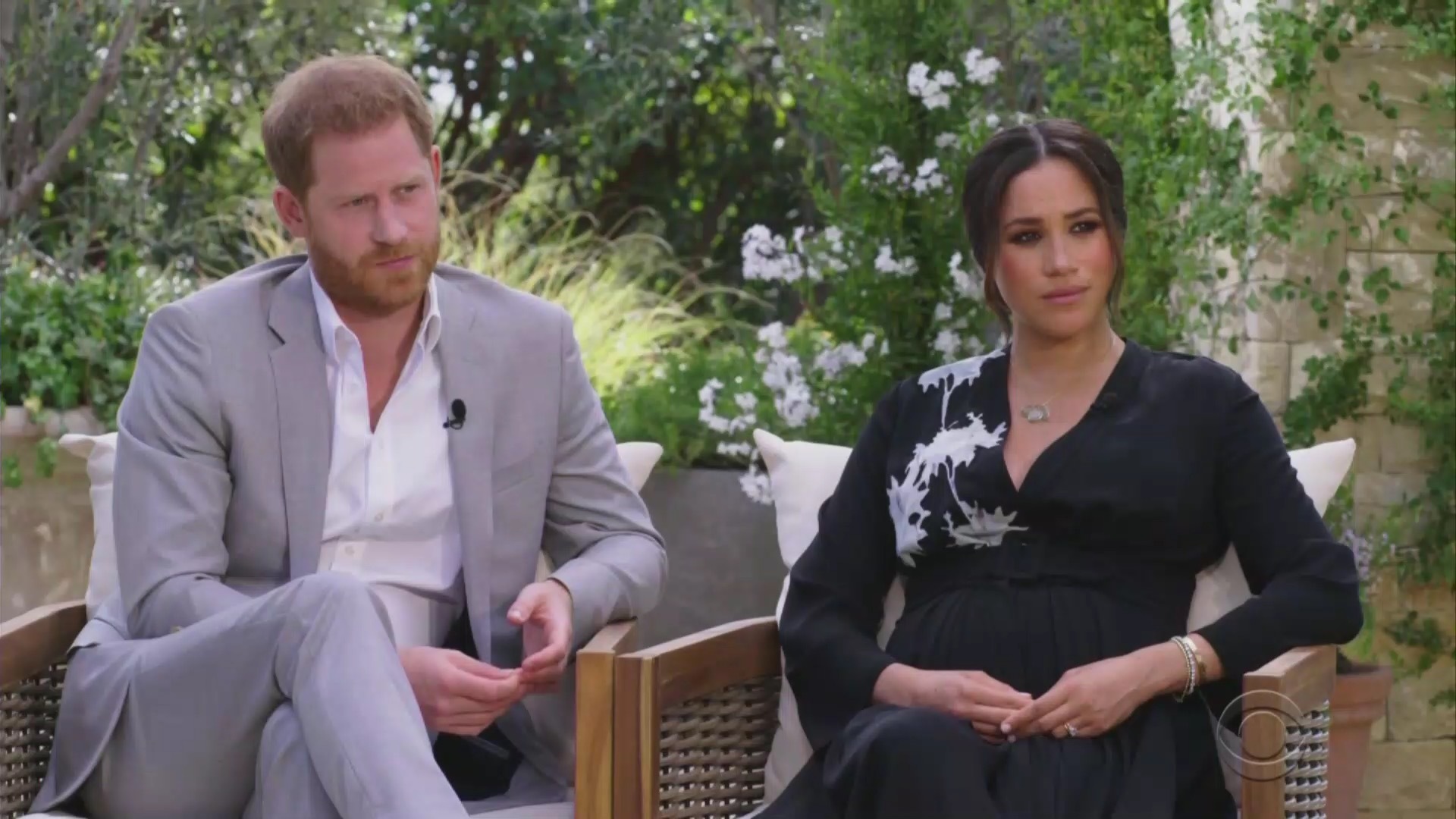 These excerpts might just shine a torch on the events leading to their decision. “It was desperate,” “I went to all the places which I thought I should go to ask for help, we both did, separately and together. Says Harry. “It’s really sad that it’s gotten to this point, but I’ve got to do something for my own mental health, my wife’s and for Archie’s as well, because I could see where this was headed.” “And what I was seeing was history repeating itself.” “My biggest concern was history repeating itself”. However, he said this time it was “far more dangerous” compared to his mother’s situation, taking into account the race and social media dimensions

So how many people with stick it out under such circumstances? Meghan: ‘I didn’t want to be alive any more’. What is worth living for, if life itself was not worth living? The Royal family is not short of sympathisers or supporters on their side. Many have cast some doubts on the couple’s story stating, “We have only heard one side of the story”, which in itself generates questions of veracity. There are three sides to a story; you side, my side and then the truth. Others see their interview as “revenge” on the Royal family. However, has anyone wondered why he or she did not wreak such a revenge until now? If this was meant to be a revenge, why had they not done so earlier; say immediately they decided to go royal free? It is conceivable that this interview was in response to what was going on. Megan puts it subtly that, “I don’t know how they could expect that, after all of this time, we would still just be silent if there is an active role that the Firm is playing in perpetuating falsehoods about us,” she says. You get the impression that even after they had relinquished their privileged position, there was an agenda to hound and taint them. Is it reasonable then, for them to put out their side of the story?

Nevertheless, there is a bigger question here; unlike other Royal scandals, that sets this one apart. The issue of race has finally reared its ugly head in the Royal enclave. Until Meghan arrived on the scene, it was all Blue Blood. No, I am not talking about Dodi Fayed. No one needs a reminder of the friendly fiery coverage Meghan received throughout her sojourn into Royal circles from the press. When former President Obama became the first black President of the USA, many believed that the Declaration of Human Rights had reached fruition. White privileged America thought otherwise and in response unleashed Donald Trump on the rest of the world.

Notwithstanding the fact that Trump is officially the “twice impeached and one term former President of America” in American history, and having failed to overturn the results in a democratically conducted elections by any means possible, the Republicans have embarked on another commitment for “voter suppression”. We now know that the Republican’s idea of “voter fraud” is when you have too many non-white people vote. Is it any wonder that the majority of voter fraud allegations by Republicans were largely made against communities with higher minority voters?  The rest is history.

Many might have been nursing the same thoughts when Meghan became a member of the British Royal Family. Some audacity.  Who would forget the glorification of race relations that we saw on display on their wedding day? Who would forget the image of Meghan’s black family sitting among Royals on “equal terms” that day? Even that was prefaced with the alleged rift between Meghan and her father. However, any semblance of any “live happily ever after” evaporated as the press, and especially the British press went to work. Now that Harry and his wife have decided to tell their own side of the story, some are outraged to defend what others might see as indefensible.

So where do the Royals go from here? No sooner had word got round about the pending interview, than we saw the Royal family’s attempt to seize the narrative and initiative; that it was investigating allegations of bullying by Meghan. This was now a seemingly PR battle between the couple and the family. However, the Royal household will be best advised to look into the couple’s angst and try to address it. This debacle does not look like being in their favour; to battle for the hearts and minds. Meghan and Harry have a lot to attract more sympathy than condemnation from the public.

For starters, Meghan’s disclosure of her suicidal ideations will not only relate to those experiencing similar feelings; especially during this pandemic, but will also help normalise mental illness as REAL. Harry and Prince William’s support and engagement with mental health issues are well documented. Many experiencing such problems might take comfort from this revelation; that if it can happen to the Royals, it can happen to me.

Lurking in the shadows is the memory of Princess Diana, who without question was the “People’s Princess” and most loved Royal. Harry’s “And what I was seeing was history repeating itself.” “My biggest concern was history repeating itself”. He said that this was “far more dangerous” compared to his mother’s situation, taking into account the race and social media dimensions”. There is no doubt, that Harry’s disclosure will pull some heartstrings and favour towards him in this matter. Any attempt to discredit his innermost fears and feelings will surely backfire.

So where do the Royals go from here? It will help if the Royal family acknowledges the couple’s feelings and struggles. Any attempt by the Royal family to extend a welcoming hand to the” prodigal son” would go a long way to mending the apparent rift. An open arms gesture would surely put the Royal family in a better light, and reaffirm that they are human and can be fallible after all. Any attempt to bastardise the couple’s character and especially Meghan as a “gold digger” or otherwise will conveniently sit with those who see this as nothing but an exercise of racism, with royal ascent. Some social media posts are already comparing the treatment of the couple to that of Prince Andrew’s.

Like I said earlier, who would look at such privilege and kick it in the face? What drives a man to shun the inner comforts of Royalty? Some call it peace of mind. Harry calls it mental health state and fear for their lives. If these reasons are not plausible enough, then what is? What is life’s worth, if it is not worth living? What is the value of life, to live in constant fear for that life? Mental illness is real, and if it can happen to the most privileged in society, it can happen to any of us; not withstanding our own underprivileged lives. The Royal Family would do well to resist any attempt to engage in any PR battle in this case. Even history and the spirit of the dead will not be on their side.

Ironically, we just celebrated International Women’s day. As ironies go, the trial for George Floyd is about to get underway. The setting and running theme of racism cannot be timed worse.

Do not forget to turn the lights off when you leave the room.