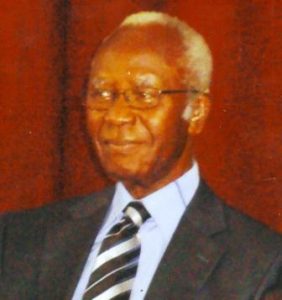 I listened to Sierra Leone’s Chief Electoral Commissioner – Christiana Thorpe the other evening, as she was being interviewed on the Society for Radio Democracy FM 98.1, about her recently published memoirs – “REACH FOR THE STARS “ or something like that.

She said that she had no regrets for cancelling the results of some 422 polling stations – 95 percent of them from the SLPP stronghold of Kailahun district.

Christiana Thorpe was aware of the fact that, her very brief mention of polling stations in other parts of the country was merely a ruse to cover her illegal action.

I had also expected the good lady to give concrete reasons for her decision, rather than merely talking about above 100 percent voting figures.

It is not for me to educate Ms. Thorpe on the fundamental procedure in collating results, seeing that she has received accolades from all over the globe – including the chair of Electoral Commissions of West Africa.

But is it not the rule and Ms. Thorpe has never challenged the veracity of this statement, that at the end of counting of results at every polling station, the presiding officer and the agents of the candidates would append their signatures to the results?

Did Christiana Thorpe publish any such result sheets, which would have justified her action?

The answer is NO. Because exhibiting a single result sheet, would have exposed the conspiracy.

Secondly, why was she in such indecent and suspicious haste to remove all the results from the NEC website?

Was not her primary intention to destroy crucial evidence of her treachery?

I have not read her memoirs, but certainly will, even if I can’t afford the price of which I am currently ignorant. But I expect NEC would have copies in their resources centre.

Next we go to the morning on which she again hastily declared the final runoff results. NEC had stopped releasing any results after Wednesday September 13, promising to announce them as they became available.

However, by a strange coincidence, most of those delayed results were from the Kailahun, Kenema, Bo and Pujehun districts.

And then, out of the blue, there she was on the Monday ready to announce the final results.

There again, the conspiracy was exposed because at 8.30am which was when the announcement was to take place, her figures DID NOT TALLY and could not have, because they were cooked.

Undeterred, she then made the final announcement at 9.30am.

Sylvia Blyden – who was for a long time a fierce critic of the APC and President Koroma’s victory – challenged Ms. Thorpe’s figures. And so did I

She had no answer, which may be the other reason why she hastily removed the results from the NEC website.

Her general attitude towards the whole sordid episode is completely at variance with that of someone who boasts of a humble Kroo Bay background and beginning.

I need not bother readers with her conduct of the 2012 Presidential and Parliamentary election results.

All I can say here is that like Pontius Pilate, her actions will continue to haunt her. And no matter how many accolades she may collect, to many of us, she cannot hold her chin up.