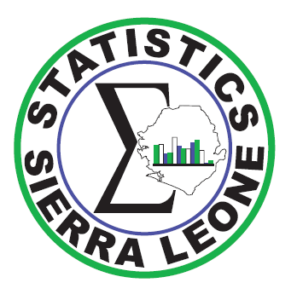 A census is generally described as the procedure of systematically calculating, acquiring and recording information about the members of a given population.  Sierra Leone conducted a mid-term census on Friday, 10/12/21, a process that was “hailed by the government as a success”. But the opposition political parties condemned it as “an absolute waste of money and a misplaced priority by the government” (Thesierraleonetelegraph.com.)

In a recent speech to the nation,  President Bio said that the purpose of the census among others, is  “to correct the anomalies of the 2015 Population and Housing Census, provide credible and reliable data that will help us plan, implement, and monitor development interventions by the Government of Sierra Leone and our development partners in respect of the current Medium-Term National Development Plan 2019-2023, and the follow up national plan and  prepare us for the next Population and Housing Census,”.

But opposition parties cried foul and called for the boycott of the census, accusing the government of planning to use the census to redraw the country’s constituency boundaries in order to gain advantage in the 2023 general and political elections. How did they know? The crystal ball at work. Some opposition party members including the APC Secretary General Dr. Osman Yansaneh were reportedly invited to CID, for allegedly calling on supporters to boycott the census. Dr Dennis Bright of the NGC was also summoned for a radio interview, during which he questioned the timing of the census; coming close to a general election and that it should be conducted every ten years.  According to him, conducting the census currently was for other purposes, including an ulterior motive for boundary limitations.

Judging by all the controversies surrounding the issue of this census, you cannot help but feel sorry for the suffering masses, who have been left thinking that the object of this exercise is choosing between right and wrong among our parties.

Census provides the demographics of a given population at a given time. In effect, a census tells us who we are and where we are going as a nation; for it helps communities to identify the need for, and build everything from schools to supermarkets, and from hospitals to roads. Census guides governments decide how to distribute funds and assistance to its communities based on needs.  “In April this year, the World Bank said: that it is “working with Sierra Leone to help produce quality and credible data that will contribute to the attainment of the national development goals of the country”. Under the Harmonizing and Improving Statistics in West Africa (HISWA) Project (P169265) IDA Grant No. D584-SL”, the World Bank had earmarked financial support to help prepare and implement a mid-term population census in Sierra Leone.

As one of the reasons for the mid-term census, President Bio stated that it was “to correct the anomalies of the 2015 Population and Housing Census”. Interestingly, the World Bank apparently reneged on its promise and withdrew its support; stressing that “several critical action points require further technical work to be satisfactorily addressed including evaluation of the pilot census, the field operation plan for the enumeration, and ensuring enumerators are adequately trained”. (Cocorioko.net-10/12/21). It maintained that there was “insufficient time between now and December 10, 2021 to satisfactorily address all pending actions. In English, it meant that the World Bank was not ready to support the same “anomalies of the 2015 Population and Housing Census”; that President Bio was purportedly hoping to rectify. Therefore the World Bank was  “regrettably unable to provide further technical assistance nor disburse any further funds under IDA Grant No. D584-SL to support the mid-term population census following the announced inception of data collection on December 10, 2021”(thesierraleonetelegraph.com-09/12/21).

One of the main reasons for the oppositions’ stance against the census was the suspicion, allegation or accusation that this was undertaken for political reasons; to give a political edge to the ruling party. But since the World Bank and its partners pulled out for technical and operational reasons, its seems like the opposition parties have largely changed their tune, heavily promoting the view of our International Partners. Phew. Thanks to selective amnesia, some have forgotten that our newest Districts Falaba and Karena were created in 2016, two years to the general elections. It is almost two years to the general elections in 2023 and now this. But just like President Bio, Ernest Koroma said about the 2015 census that “it will help correct erroneous data about the Country and also assist in the dissemination of positive news about Sierra Leone.” (Cocorioko.net-13/03/2014). Do these guys go to the same church or use the same version of the political Bible? Same sermon, different time, different church and different congregation. Oh dear.

So, why do we conduct census in Sierra Leone?

So, Unlike the generic use of census, do we only conduct ours to correct previously erroneous data? Does it look like we only conduct our census because the previous one was suspect?  When do we conduct our census? When it is close to elections or midway through election cycles?  Or do we do so as a test drive or dry run for elections? If so, do we only conduct census for political advantage rather than statistical, demographic or sociological reasons? What’s interesting is the speed with which our two main political parties see through the other’s “ulterior motives”. Cunning man die…. cunning man behrrrr?

Despite the controversies surrounding the process and our international partners including the World Bank pulling out of the equation, President Bio forged ahead with the census. Some have hailed him, noting that it was time Sierra Leone determined its own affairs and not purely on the say so of international bodies. But is this the head corner stone that the builder refused? While the opposition would feel buoyed and emboldened by the apparent snub by the World bank or as a validation of their opposition to the census, the same World Bank “approved $60 million grant to support maternal and child health services to benefit two million people in Sierra Leone” on Thursday (thesierraleonetelegraph.com-11/12/21). Proof that the World Bank and the opposition parties oppose the census for different reasons. Looks like there is still love in the air. When one door is closed…………

So, what does the census saga tell us about our political gladiators?

This is not to justify either’s behaviour, but are these two parties any different? So, when Ernest created Karena and Falaba as our newest Districts in 2016, was that to increase the surface area of Sierra Leone? Does anyone need further proof that the APC and SLPP parties are conjoined twins, joined at the hip or two peas in a pod? They are so politically modified that they can predict, forecast and read each other’s mind. Not withstanding the fact that its supporters or the average citizen is usually the pawn and loser in their political gymnastics, the APC never misses the chance to rally its

supporters to protest or boycott anything and everything they disagree with. The SLPP seems to develop a newly diagnosed hearing impairment to opposition voices.

As Sierra Leoneans, is it time to conclude that these two parties read from the same hymn sheet? It is time we realised that the political relay and baton changing will continue, until we realise that the main differences between them are geographical, tribal and…… what else? Sadly, both parties fail to realise is that “you don’t have to dim someone else’s light for yours to shine”. Unfortunately, they believe they can, thanks to their perceived gullibility of the average Sierra Leonean. Who’s fooling who?

“Our lives begin to end the day we become silent about the things that matter (MLK).