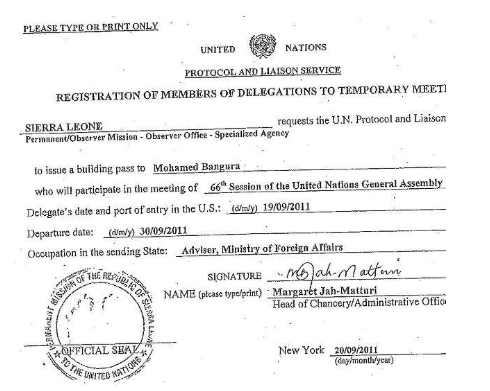 The Head of the UN Mission and Representative of the United Nations Secretary General in Sierra Leone, Mr. Michael von Schulenburg, was recently recalled by the Secretary General in New York without any particular reason.  The German born diplomat claimed his recall was precipitated by undue pressures from His Excellency President Ernest Bai Koroma, ahead of a crucial presidential and parliamentary elections he was supposed to monitor and report on in November this year.  Though President Koroma and his government had earlier denied this allegation, many local and international news houses still believe the German born diplomat was right as they continue to dig into the issue at diplomatic level. We now bring you the latest development published by Concord Times Newspaper in Sierra Leone.

in New York without any particular reason.